A Mohali based deputy producer of a Punjabi channel alleged discrimination on British Airways flight while travelling from Vancouver to London, whle on her way to New Delhi.

A turbaned young Sikh woman, Harsharn Kaur, even lodged a complaint against the airline company.

"Discrimination in British Airways. How can your Employee named Monica refused even water to me? Am also paid passenger," she tweeted.

Discrimination in British Airways @BritishAirwaysT how can ur Employee named Monica refused even water To me ?M also paid passenger

She also posted on her FB wall when she was still at Heathrow Airport. Then she also posted her video on FB from a Heathrow terminal detailing the incident on Thursday night.

"When water was served just after the flight started I was left out and I thought that the airhostess would have missed me just by chance. I was very thirsty. Then I specially asked for water and Air Hostess- named Monica - a black woman - said she would just serve. She was serving our line. Then a male host served water to me. Then in the night they served dinner and except me food was served to all. I was not asked if I required vegetarian or non-veg food. Even as I had food with me which I had brought with me but they had nothing to do with it and did not even ask me for once. I was wondering that how they could forget for the second time. Then I again asked Monica who was at food counter and asked why I was being ignored as I was not served food or even asked for choice of food and I told her that I was feeling discriminated. She said don't take personal, sometimes we forget. But I pointed out that only I was forgotten. I pointed out that entire flight was served and only I was left out," she said.

"Then I was served vegetarian food without asking my choice and served pasta. As she had not even asked me the choice and I pointed out that even in vegetarian there is choice I asked her that why was not asked but she again said 'please don't take it personal'
Before landing at Heathrow, they served snacks. I asked if it was vegetarian, he checked the box and told it was vegetarian. Then I was asked would I take coffee or juice. I said I would have juice but again it was not served at all. It was so weird and shocking. I was feeling very bad about this discrimination. One can forget at times but it was apparent that I was subjected to this treatment knowingly," she said.
"Leaving the flight I again asked Monica that why did they discriminate against me," she said. "I think it was done intentionally. I felt very bad. I was feeling very thirsty during the night but had to remain without water for over half an hour and I was very uncomfortable due to this reason," she said.
This isn't the first time that such an episode has happened in-flight. Just a few months ago, popular music producer Jatinder Shah faced a similar situation and every now and then such incidents are confronted by our turbanned Sikh men and women.

patialas qila mubarak to be converted into a fives... 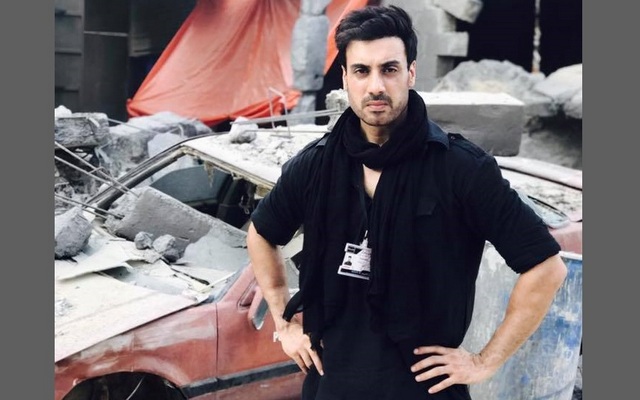