Punjabi singer Kulwinder Billa is known for his enthralling and blockbuster tracks but little did we know that his luck is favourable even in terms of films!

This popular Punjabi singer is all set for his film debut and this film is not just any normal Punjabi film, it is one of the biggest and most expensive films to be made in the history of Punjabi cinema.

Kulwinder Billa is all set to step into the actor's shoes with the war biopic based on the life of Param Vir Chakra recipient Subedar Joginder Singh. The movie has already been in news for casting Gippy Grewal as Subedar Joginder Singh and from what we've heard, Gippy is working pretty hard to get into the skin of his character. Kulwinder will be seen playing the role of young soldier who martyred in the line of duty. His character will be that of a Gursikh and he's even growing a beard to fit in well.

The movie is slated to release on April 6, 2018 and will depict the heroic tale of the true son of India who, in Indo-Sino war of 1962, martyred while protecting his motherland.

Music of the movie will be released by Unisys Infosolutions and Saga Music in collaboration with the Seven Colors Entertainment which will be responsible for overseas release of the film. To this CEO of Unisys Infosolutions and Saga Music, Sumeet Singh said “Talent like Kulwinder should be used in the best possible manner. He has proved his excellence through his songs and created a sensation in Punjab, now is the time and opportunity for him to show the same on big screen where the viewers can see him in an elongated role.”

Spellbound with the unbelievable opportunity Kulwinder Billa said, “I am more than obliged to Sumeet Sir and his organization for giving me this opportunity to debut in such a big film. The role that I have been offered isn't just a character but an honour. Afterall, to essay the role of young soldier who martyred in the line of duty is not only a matter of pride but also astonishment, this fact in itself gave me goosebumps. To do justice to the role, I am currently growing beard so as to resemble with GurSikh Soldier. Being along-side the youth sensation of Punjab – Gippy Bai, this film is not only an occasion for me to prove myself on silver screen but will be a lifetime opportunity to work with such virtuoso protagonist and producer.”

While casting Kulwinder Billa for such a key role, Director of the film – Simerjit Singh said, “Kulwinder has a huge opportunity ahead of him through this movie. He will playing the role of a close aide and colleague of Subedar, and with such a pivotal role I am optimistic that he will re-write the history in film industry.” To this, writer of the film – Rashid Rangrez added, “The role which Kulwinder is going to play is perfectly suited on him and he is complimenting it with dedication and exuberance. We expect a sheer display of masterpiece from him.”

The first schedule of the film has already been completed as per the set timelines and the second schedule is expected to start later this month in the beauteous ranges of Leh-Ladakh.

We are way to eager to see this light eyed singer playing a character on screen and by the way here's an inside news - Billa isn't the only one making his debut with Subedar Joginder Singh! 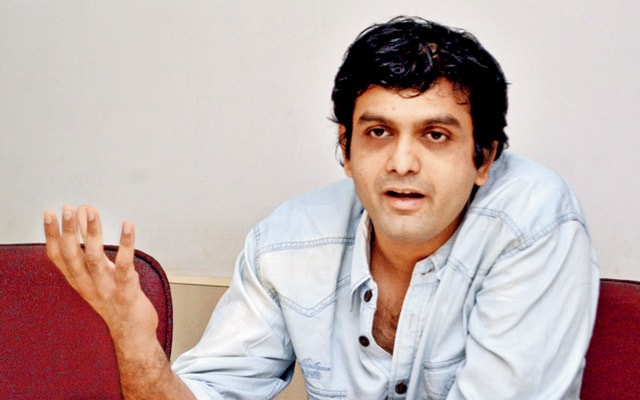