I Love To Collaborate: Rita Ora

Her joint projects with artistes like Chris Brown, Iggy Azalea and Calvin Harris have earned her the label of the "queen of collaborations", but the British singer-actress Rita Ora doesn't mind as she loves to collaborate with "creative" talent, and says it's one of her favourite things.

The "How we do (Party)" hitmaker shot to fame in 2012 with DJ Fresh's chart-topping number "Hot right now", and collaborations with popular faces have played a huge role in her success story.

Asked what makes her team up with other artistes, Ora told IANS in an exclusive interview from New York: "I just love what they are doing. I love their control, I love how creative they are. I love to collaborate. It's one of my favourite things to do."

No insecurity? "No," she said with confidence.

Nothing is going to stop her from doing her favourite thing. Her latest romantic electro pop number "Your song" has been co-written with Grammy Award winning singer Ed Sheeran and producer Steve Mac.

"The song was naturally made and it was so much fun. It was like working with friends. We completed it in two hours. It was just easy. We wanted to make a happy song about love," an excited Ora said.

The two artistes certainly clicked creatively, what about a clash while making the song?

"No. There were no clashes. He had the idea already... And then we made it relate to me. So, really fun," said the "I will never let you down" singer.

Sheeran's role doesn't end with penning the song with her. He also gave backing vocals. Why didn't they do a duet instead?

"Because I think it is about the song. It made sense at the time and so we decided to just do it like that," said Ora.

Will she join her friend - Sheeran, who has won the hearts of many Indian music lovers with this year's hit "Shape of you", for his gig in India in November?

One can't ignore the part in "Your song" that puts the spotlight on the fact that Ora, who is rumoured to be dating Rolling Stone legend Ronnie Wood's son Tyrone, is in love.

Asked about it, she said: "It isn't about a specific person. It's about love... for anything...life or people. It's just about 'in' love and doing great."

This is her first song after she parted ways with Jay Z's label Roc Nation, following a lawsuit filed in 2015. It will be followed by an album, which will be her second after the 2012 album "Ora".

"The plan is to release my album in the first quarter of next year. I haven't announced its title yet. Will do it soon," she promised.

Though she couldn't release her album in the last five years, she kept herself busy with singles and acting projects like "Fifty Shades of Grey" and "Southpaw" along with TV shows such as "The X Factor" and "The Voice UK". But as a musician, wasn't there a time when she wanted to quit music or start own record label?

"No, I'm perfect right now where I'm. I have a great team. I can't wait for my next music to come out," said Ora, who signed to Warner's Atlantic Records last year.

"I'm going to do it all. Music is obviously in my blood, but I feel I shouldn't have to pick one," she added.

She is also looking forward to the release of her track "Lonely together" with DJ Avicii.

"I'm excited for that," said Ora, who once walked off the Eurovision song contest, and is now a regular face on singing based reality shows.

The latest is singing competition series "Boy Band", which she hosts. Has her opinion about reality shows changed with time?

"I was 17 when I pulled out of a TV show. It didn't feel right. Some people feel right and it works for them. Personally, it never worked for me. Otherwise, they (reality shows) are great," said the singer, now 26.

"It's going really well. The third one will come out in 2018. It's going to be fantastic," she said.

More films in the kitty?

"Yeah. There will be announcements," she concluded. 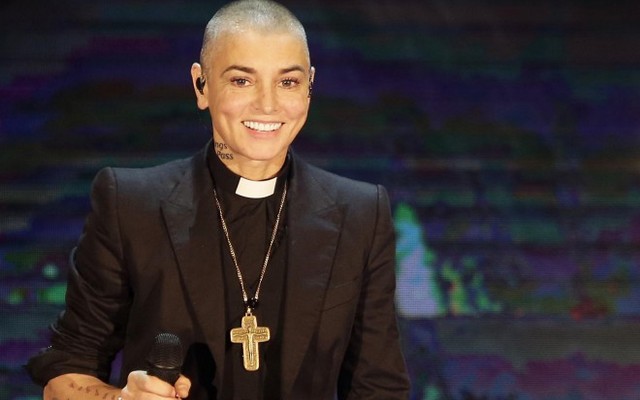