We all love Fridays, don’t we? It's the last working day of the week for most of us; everyone is happier than usual and one can finally complete one’s long-pending plans. And to add to that, &pictures, Naye India Ka Blockbuster Movie Channel, brings to you an exciting line-up of fresh Hollywood films in ‘Friday Hollywood Nights’, every Friday, 8 PM onwards. Starting 4th August, the weekly property is all set to get bigger and better with new films added to the existing line-up, making it a magnificent celebration of action, fantasy and drama.

To cater to GenNext’sneed to unwind and to treat them with superlative entertainment, &pictures will showcase world-class cinema from across the globe. With stalwarts like Jackie Chan, Sylvester Stallone, Dwayne Johnson, Jet Li, Jason Statham and Keanu Reeves featuring in the best of action blockbusters, Friday Hollywood Nights is surely going to leave you wanting for more.

On Friday, 4th August catch Jason Statham’s action thriller The Mechanic, a film revolving around Arthur Bishop (Jason Statham), an elite assassin with a strict code and unique talent for cleanly eliminating targets. Next in line on 11th August, audiences will get to watch The Raid: Redemption, anaction entertainer following the story of a SWAT team, trapped in a tenement building during a raid, trying to fight its way out against the forces of a drug lord they were trying to assassinate. On 18th August, Dwayne Johnson’s Journey 2: The Mysterious Island will hit the television screens. In this science fiction adventure film, teen Sean Anderson teams with an unlikely ally, his stepfather, when a distress signal pinpoints his grandfather's location on an uncharted island. The last Friday of August will treat audiences with all-time iconic film Rambo IV starring Sylvester Stallone on 25th August. In the movie, when governments fail to act on behalf of captive missionaries, former Green Beret, John Rambo sets aside his peaceful existence to take action. The future line-up includes Mechanic: Resurrection, The Matrix, Godzilla, Cradle 2 The Grave and The Matrix Reloaded amongst others.

~Make way for fun Fridays full of action and drama with ‘Friday Hollywood Nights’, 4th August onwards, only on &pictures~ 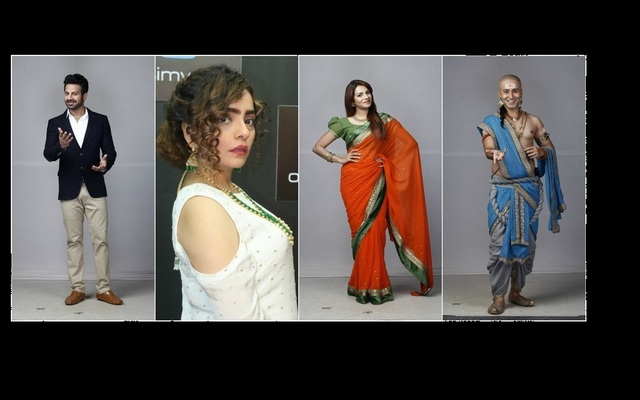