The latest announcement about Subedar Joginder Singh featuring Gippy Grewal and Aditi Sharma raised many eyebrows and the buzz got so hot that some people thought it's a hoax. But the news is true and so is the lead starcast of this upcoming film. What made us happy about this subject was that this one's a biopic being made in Punjabi industry and not many makers have the guts to touch such sensitive topics.

Other than this we were happy to see Aditi making a comeback on Punjabi screen after her much talked about debut in Angrej. She even won the best debutante award for the film. Everyone loved her performance and were expecting to see her in more films soon but alas! The lady vanished from the Pollywood scene and we kept wondering as to why?Where did she go for all these years?

We contacted the gorgeous actress and asked her the reason for her sudden disappearance as well as some inside scoop about her upcoming film opposite Gippy Grewal. Here's what she had to say:

The break from Punjabi industry wasn’t intentional. As a matter of fact I was eager to do more Punjabi movies but I started shooting for a TV serial called Ganga in which I was playing the titular character and that's what got me engaged. The serial finished this month and now I have time to catch up with things. When one plays the lead role in a serial, he or she just doesn't get the time to get their hands on any other project, especially a movie. Movie schedules are long and we can’t take such a long break from the serial. Now that I am done with it I am open for more projects in this industry.

@imwaseemsabir sir It was an awesome experience to work under your direction. U r a wonderful person.God b wid u pic.twitter.com/AGUskSahS7

What made you say yes for Subedar Joginder Singh?

I was very eager to do more Punjabi films after getting so much love for Angrej and now when I was approached for this project by Simarjit, I was intrigued about the wonderful subject that they chose for the movie. I was instantly ready to do this movie that is so different and rich in content .

Did you lose touch with the industry when you were doing your tv show? Or did you still watch Punjabi movies?

I watched Bambukat and Lahoriye and loved them both. Sargun, Ammy and I started together in the industry and it feels great to see them do so well for themselves. The screenings of both the movies happened in Mumbai and that's where I saw them. Manje Bistre is on my list, I need to watch that one now.

Tell us about your role in your upcoming movie?

I am playing the wife or one can say the love interest of Joginder Singh, that is Gippy Grewal int he movie. My character goes through different phases which includes romance, love and emotional angle but for now I'll keep mum and let time reveal more.

Do you think that your comeback would make some people insecure in the industry?

I don’t know the answer to this and I don’t even think this way. All this while when I was away from the industry, I used to get calls from different makers for roles but I had prior work commitments. The industry has been very kind to me and I love them for that. I wanted a comeback because of my own passion, the rich content and undoubtedly for the love that the audience has given me. I don’t measure it by awards or number of movies at any point.

Are you planning for more movies after this one?

Yes, surely! I am reading more scripts but none of them has touched me like this one did. If something challenging or interesting comes up, I would surely do that soon.

Movies, advertisements or television? Which one's your favourite?

I like all of them which is why I am into all these mediums. But I love doing movies more because they have a greater shelf life than the others. A wonderful movie like Angrej will be in people’s mind for a longer period and they can watch it over and over again. Television is different, it makes you more spontaneous as an actor. Movies are way more well planned when they come on floor rather than television .

Not taking more of her time, we wished her goodluck and are hoping that Aditi Sharma's performance in Subedar Joginder Singh will be a memorable one. We wish to see her more in this industry! 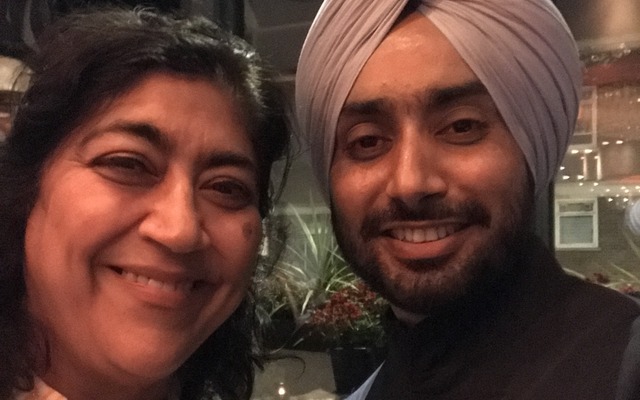