Nimrat Khaira : "People Say That It's Tukka But There's A Lot Of Struggle Behind This Fame"

Singers turning actors isn’t a new trend in Punjabi industry and with females singers taking a lead, things are surely on the right track and why shouldn't they be after all our girls are trying their best to expand their horizons. There is of course dearth of Punjabi actresses in the industry and that is why we keep importing actresses from Bollywood who can hardly speak Punjabi for themselves but now after many makers have burnt their fingers by casting wrong actors, finally the time has come that local talent is being given it's deserving place. Punjabi female singers are becoming actresses in the industry and it is pleasing to see them onscreen, especially those who have potential.

Nimrat Khaira,  who started her journey in 2012 after winning the singing reality show, Voice of Punjab, has just entered the acting line with the much talked about Lahoriye. Her first track released in the year 2016 and she became a rage amongst the youngsters. While talking to us, she poured her heart out about her journey to success, which we were completely unaware off. She even told us about her take on acting and her constant comparison with her peers.

Here's and exclusive chit chat that GhaintPunjab had with the talented Punjabi beauty Nimrat Khaira:

Nimrat, how do you feel now that your debut film Lahoriye has turned out to be a HIT?

It obviously feels great that my debut movie has received humongous response. I am a more confident actor now and would proceed with more movies. Lahoriye was a risk which I took just to see whether the audience will accept me as an actress or not. Now that they have, I am happy to look at doing more movies.

Being an actress was a planned move or it just happened by chance?

It was surely something I had dreamt of since my school days. I was very keen in performing on the stage. My first performance was when I was in nursery and till today I  love acting. In my school days I was always an enthusiastic participant in fancy dress competitions, shows and plays. So being an actress was more of a dream come true than a mere plan.

If you love acting so much then how did you happen to be a singer? Luck by chance?

If I tell you the hardships behind being a successful singer you won’t believe me!

I keep hearing people say that tukka lageaya hona hai, but surely not in my case. God has gifted me this wonderful voice  and I am grateful for it but this voice has traveled a very rocky journey to reach where it is today. Years of training that starting when I was in grade 1 till I completed my post graduation, numerous auditions, hell lot of failures and disappointments has made my journey worthy of talking about. I gave nearly 25 serious auditions before winning Voice of Punjab. I was in 12th when the preliminary round of one of the reality shows was on and I used to travel from Batala to Delhi besides the fact that I had my board exams going on. It was really tough to travel and then study for my exams during that phase but that wasn't just one there were many such phases until the year 2016.

2012 you won the Voice of Punjab and your first track released in 2016. What were you waiting for all this time?

It was never a planned break. It was my struggle period. I was trying to get a good label to release my tracks but not many gave me the freedom to work according to my free will. I was finding an appropriate team and just the right break to get started. Ranjit Bawa and Kaur B were also participants in Voice of Punjab and they were signed under Panjaab Records. I went to the same team and it was only after years that things fell in place and I released my tracks in 2016.

Weren’t you ever disheartened during this period?

I was more focused than disheartened. I had always dreamt of being a star and there was no looking back. I still remember staying as a paying guest and telling my friends that I want t o be a celebrity, and patience and perseverance have brought me here today.

What’s your secret Mantra to success?

I have always been a dreamer and have aimed for bigger goals. The universe conspired it for me and today I and living the life that I once dreamed of.

Why are you often compared to  Sunanda Sharma? How is your chemistry with her off-screen ?

Maybe because we both got launched during the same time frame. I don’t know the reason why I am compared to her but surely there is no competition between us. We have different paths in the same industry. Sunanda is a friend to me, we will soon be going to America for shows together and I don’t have any competitive feeling against anyone. I am happy, secure and contented in my position.

Sunanda has got her big break with Diljit, when are you coming as lead?

There are many scripts on my table and I am going through all of them but patiently waiting for the best one. You’ll soon be getting a good news but I have to tell you this that I am choosy and selective in my work and that is how I think it should be. I am not competing in any race.

And about Sunanda doing a movie with Diljit, I am happy for her and wish her all the best. I hope may more Punjabi actresses get good movies and meaty roles and in coming days I really want to see girls dominating this industry.

How did you manage to get Lahoriye and what made you say yes to this particular script, while you already have so many on your table?

The team had approached my management and when the offer came from such a hit team there was no denying or any second thought about it. I immediately said yes and I loved the role too.

Did you do any specific preparations for your role in Lahoriye?

I knew just a little bit about my role and hadn't read the full script. I directly landed on the sets and gave my shot. There was no time for preparations.

You’ve given us some amazing songs this year like Sargi, Akhar and Dubai Wale Sheikh. What’s your take on playback singing?

I have enjoyed that bit of my work also and loved that the audience appreciated it so much. Playback singing is good but I don’t want to limit myself to it. I want to expand my horizon.

We pretty much like your casual dressing sense. Who is your style Icon?

Thank you! I adore Kareena Kapoor and Deepika Padukone. I love their work and styling.

Tell me about your favorites in the industry whom you would love to work with over and over again?

I have a big announcement to make in the coming days. There is also an album coming this month titled 'Sounds Of Punjab'.

We are waiting for the big announcement and we wish her all the best. There surely is a lot of struggle behind achieving one's dreams but Nimrat is one such artist who has proved that if you have the guts to dream big then nature gives you the power to achieve your goals. 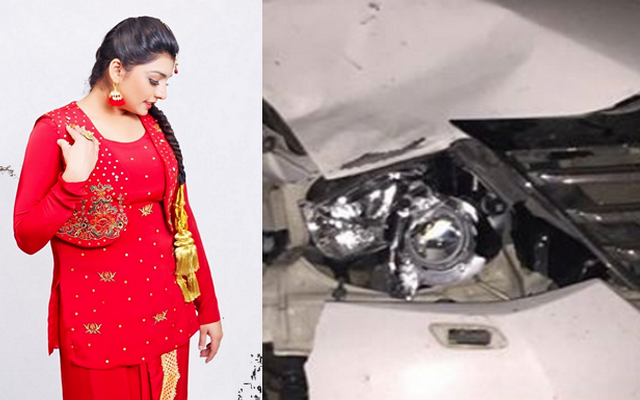 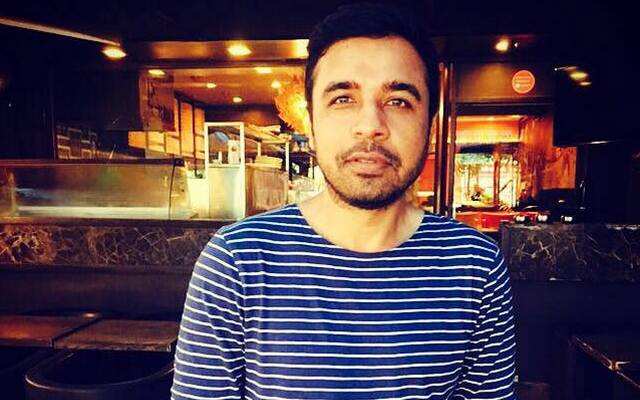