Blog: Did You Know These Celebrities Hail From Chandigarh!

Chandigarh, the city beautiful is not just a hub for education or great architecture; the city has given us multiple personalities that have made a name for themselves on the silver screen. Here is a list of 15 celebrities that hail from Chandigarh.

B Praak began his career as a music director under the name ‘Prakky B’. He produced music for a few songs, in 2012 he met lyricist Jaani and started collaborating with him under the name 'B Praak'. In 2013, they released their first song "Soch" sung by Harrdy Sandhu and composed by him. However, he started singing himself since he got no recognition as a composer.

B Praak was born to Varinder Bachan, a Punjabi music producer and composer in Chandigarh. He has his house in sector 20 Chandigarh. 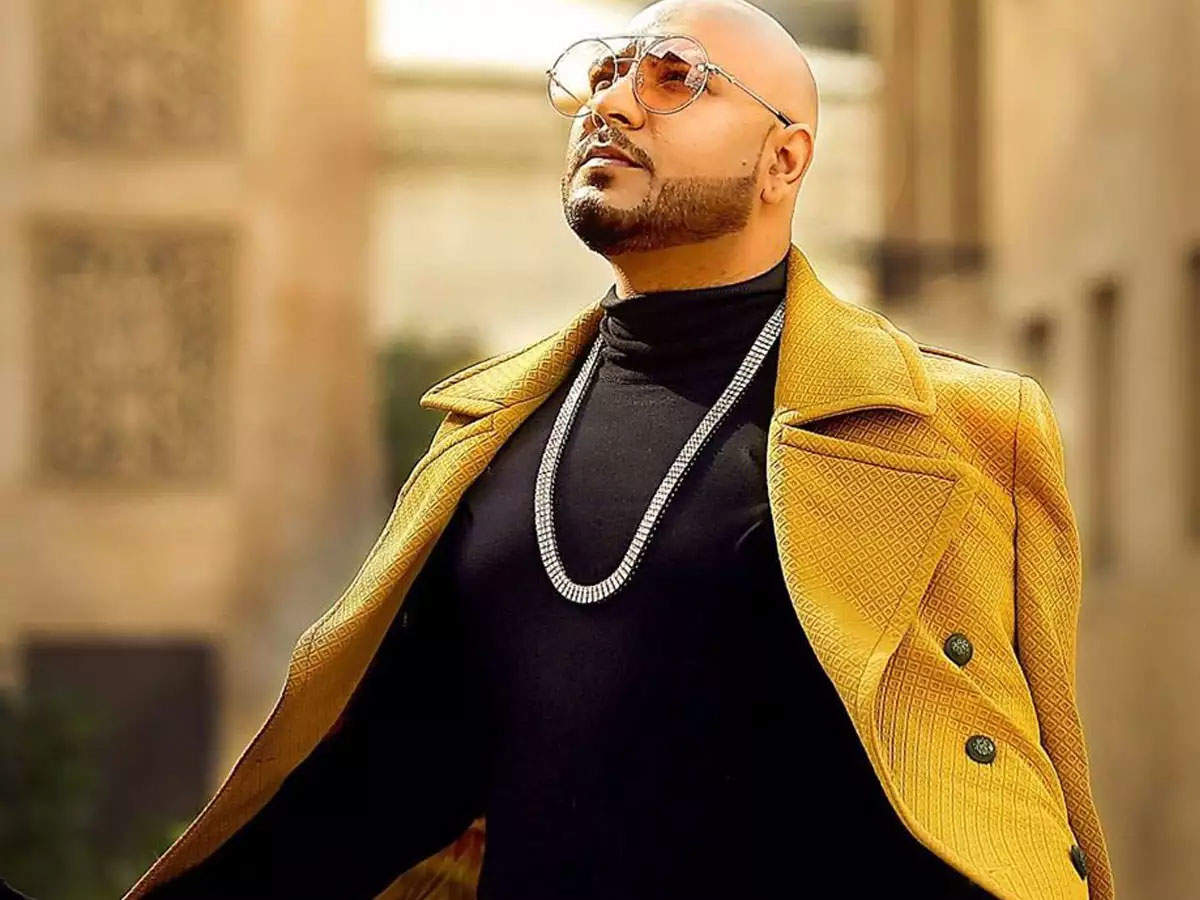 The Indian actress, model and television host Sargun Mehta made her screen debut with Zee TV's ‘12/24 Karol Bagh’ in 2009. Then in 2015 with the romantic comedy ‘Angrez’, Mehta made her Pollywood debut opposite Amrinder Gill. 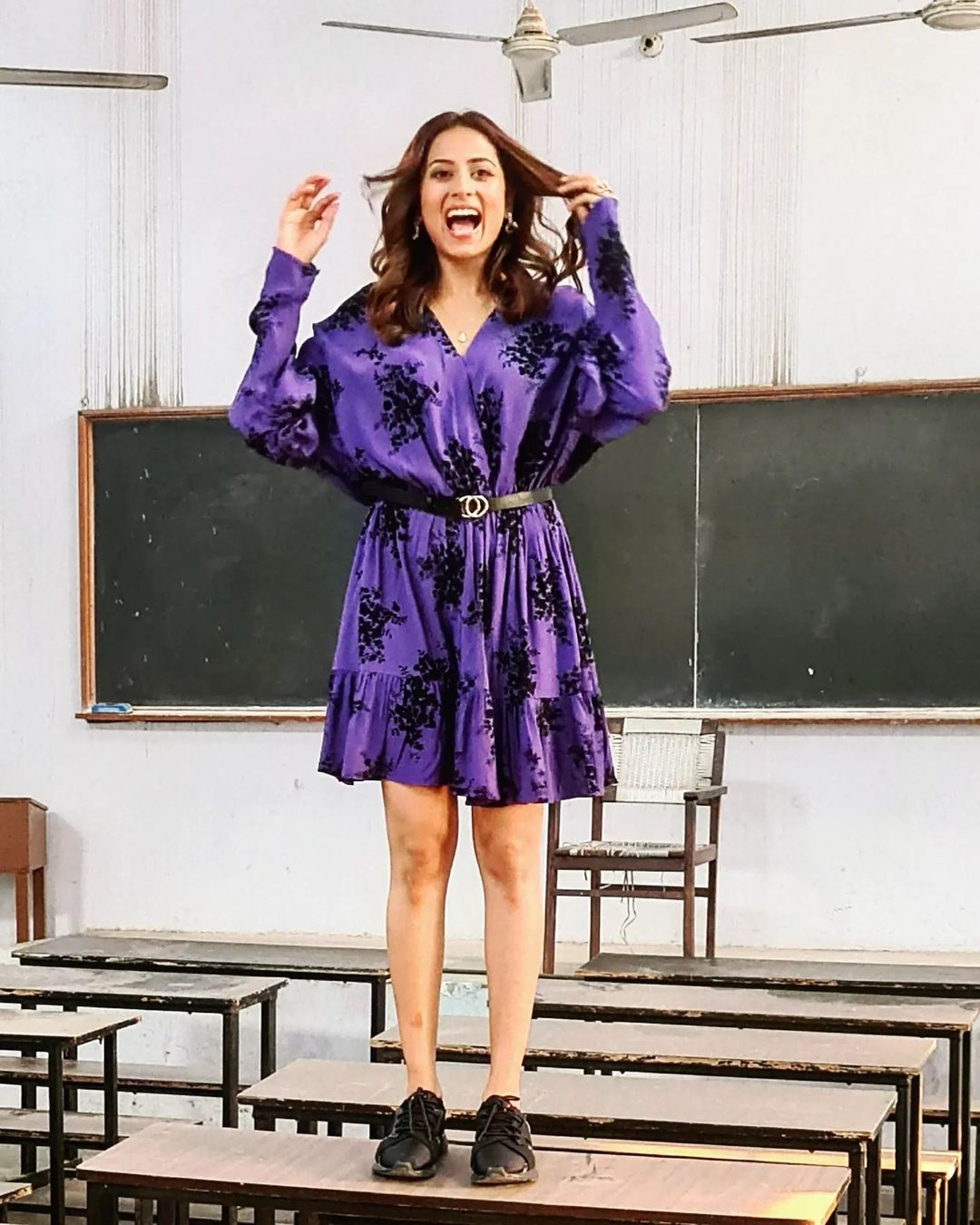 The ‘Tu Mera 22 Main Tera 22’ (2013) fame Wamiqa Gabbi made her Punjabi films debut alongside Yo Yo Honey Singh and Amrinder Gill. She was even nominated for the PTC Punjabi Film Awards in the category of the best-supporting actress. As an actress, instead of restricting herself, Gabbi has worked in Punjabi, Hindi, Malayalam, Tamil and Telugu Films.

Gabbi is another Pollywood name who was born and brought up in the city beautiful to parents Govardhan Gabbi (a renowned writer and freelance literary journalist) and Raj Kumari Kaushal, an educationist. 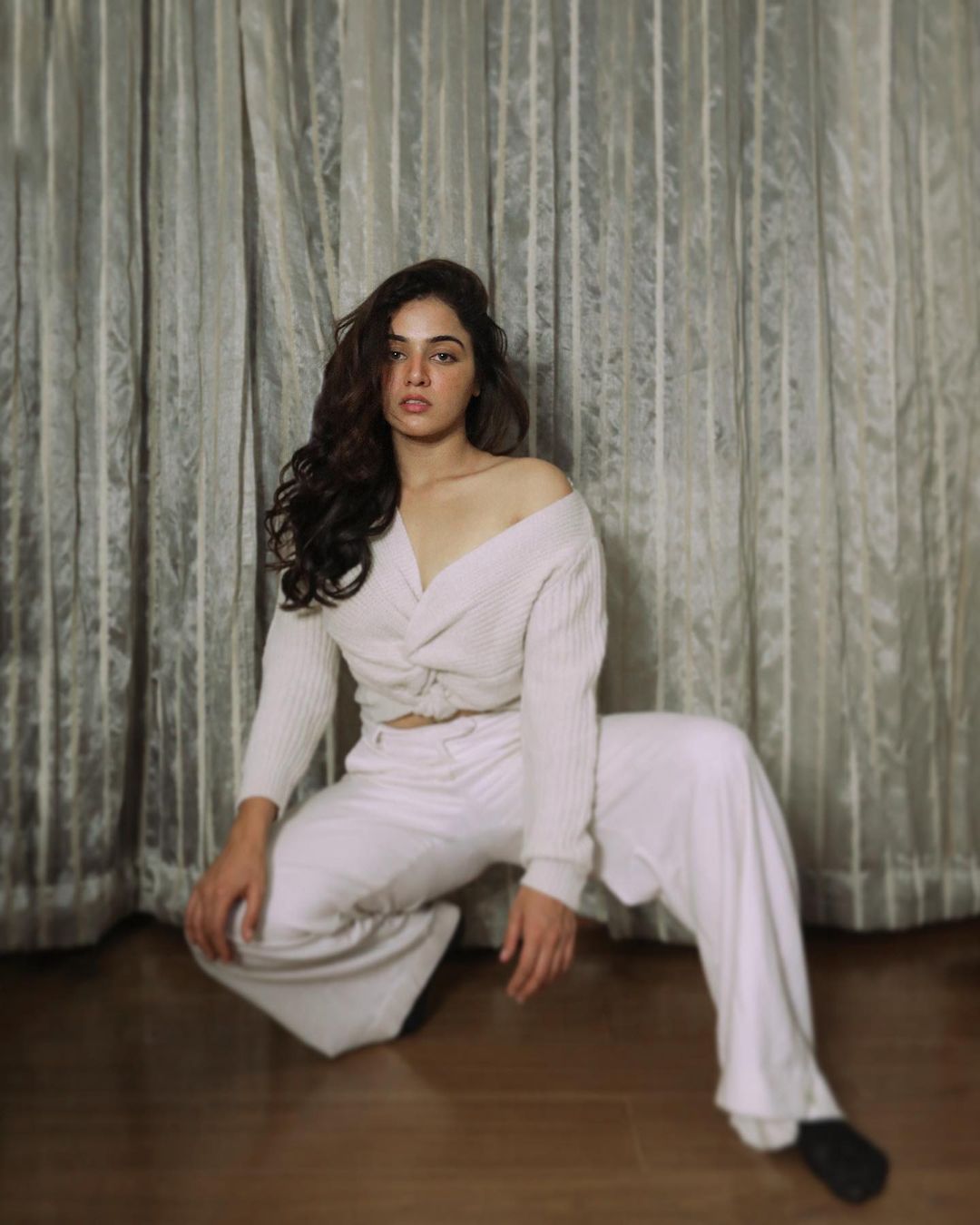 The trio Sukh Kharoud, Davi Singh and Guri Singh is known for their friendship in the whole industry. The three of them formed the singing group ‘The Landers’ and began their career in the year 2016.

Some of their famous songs include ‘Lander’, ‘Election’, ‘Jail Fail’, ‘King Queen’, ‘Fauji’, ‘Bentley’, ‘Fruit’, ‘Download’ and their most recent release ‘Friends’, which was based on their teammate Davi Singh’s absence.

The three of them hail from Chandigarh. Did you know that Davi and Guri both knew each other and used to perform in their college, SGGS College (Sector 26) Chandigarh together? 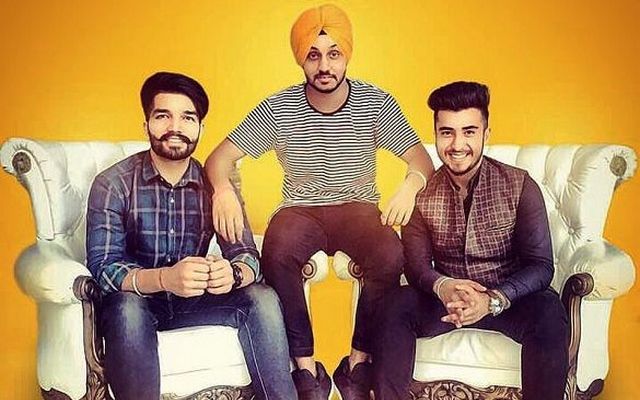 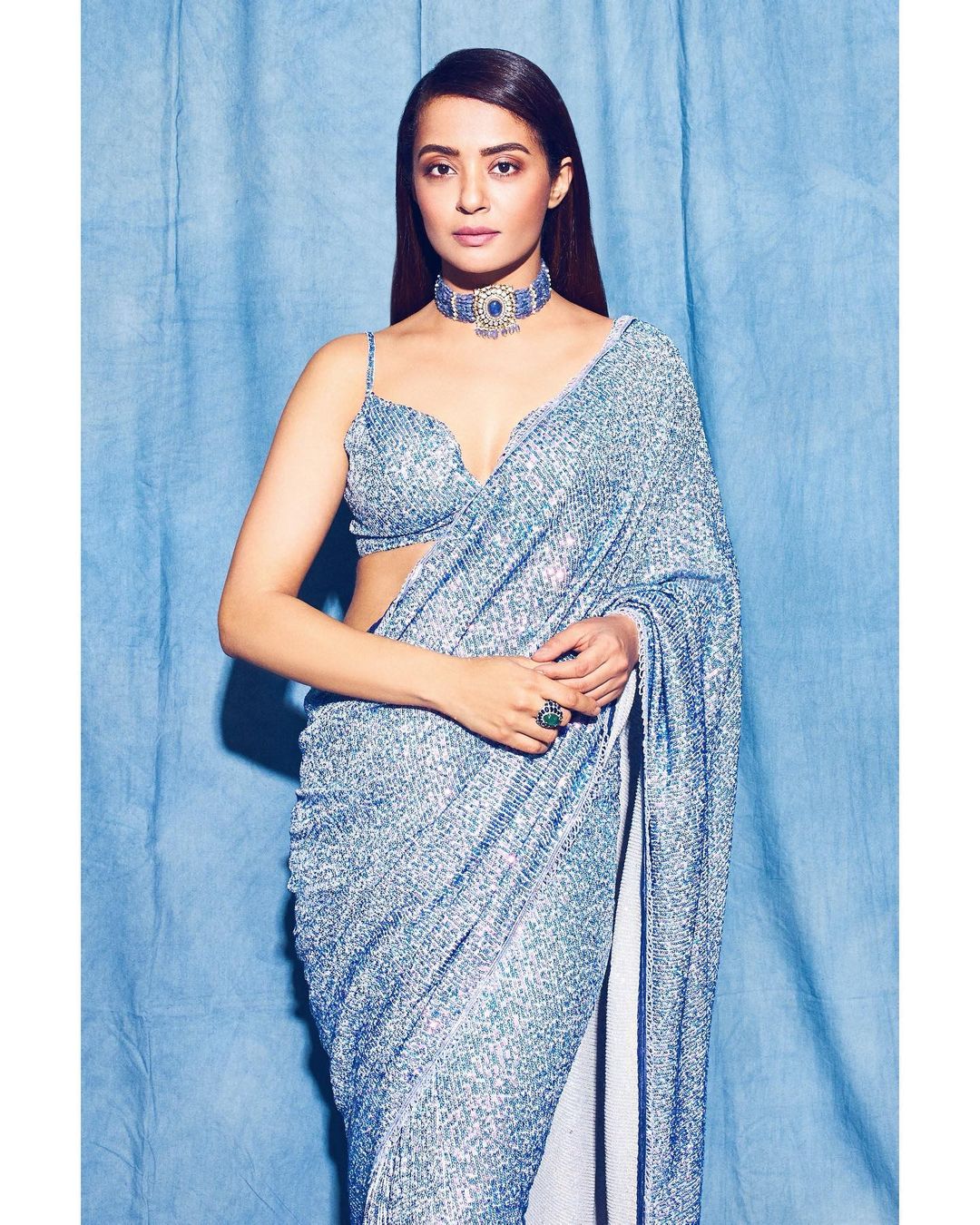 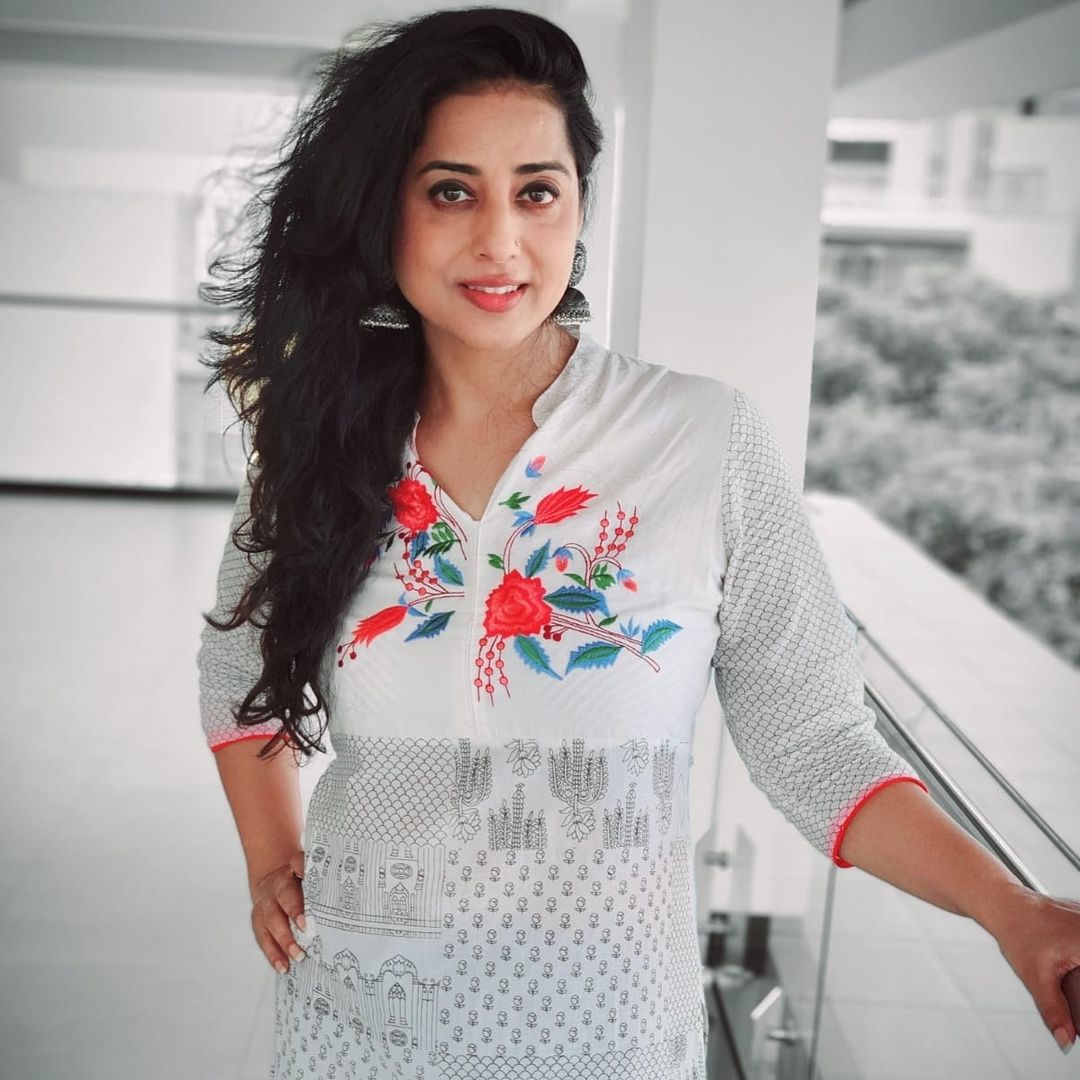 The King of Satire, Jaspal Bhatti is remembered till date for his work not just as an actor but also as a producer, director and television host.

His low-budget ‘Flop Show’ TV series in the early 1990s created a legacy. His other works including TV series ‘Ulta Pulta’ and ‘Nonsense Private Limited’ for the Doordarshan television network, Hindi Movie ‘Aa Ab Laut Chalen’ with Kadar Khan in 1999 and a judge in ‘Comedy ka King Kaun’ are still remembered because of his ability to take heavyweight issues and present them in a comical way so as to make the viewer understand.

Bhatti was even honored with the Padma Bhushan, India's third-highest civilian award in 2013 (a year after he passed away).
He was not born in Chandigarh, however, he graduated from PEC (Punjab Engineering College), Chandigarh as an electrical engineer. Also, did you know his wife Savita Bhatti was chosen in the 2014 Elections as a Candidate of Aam Aadmi Party from Chandigarh, but she refused! 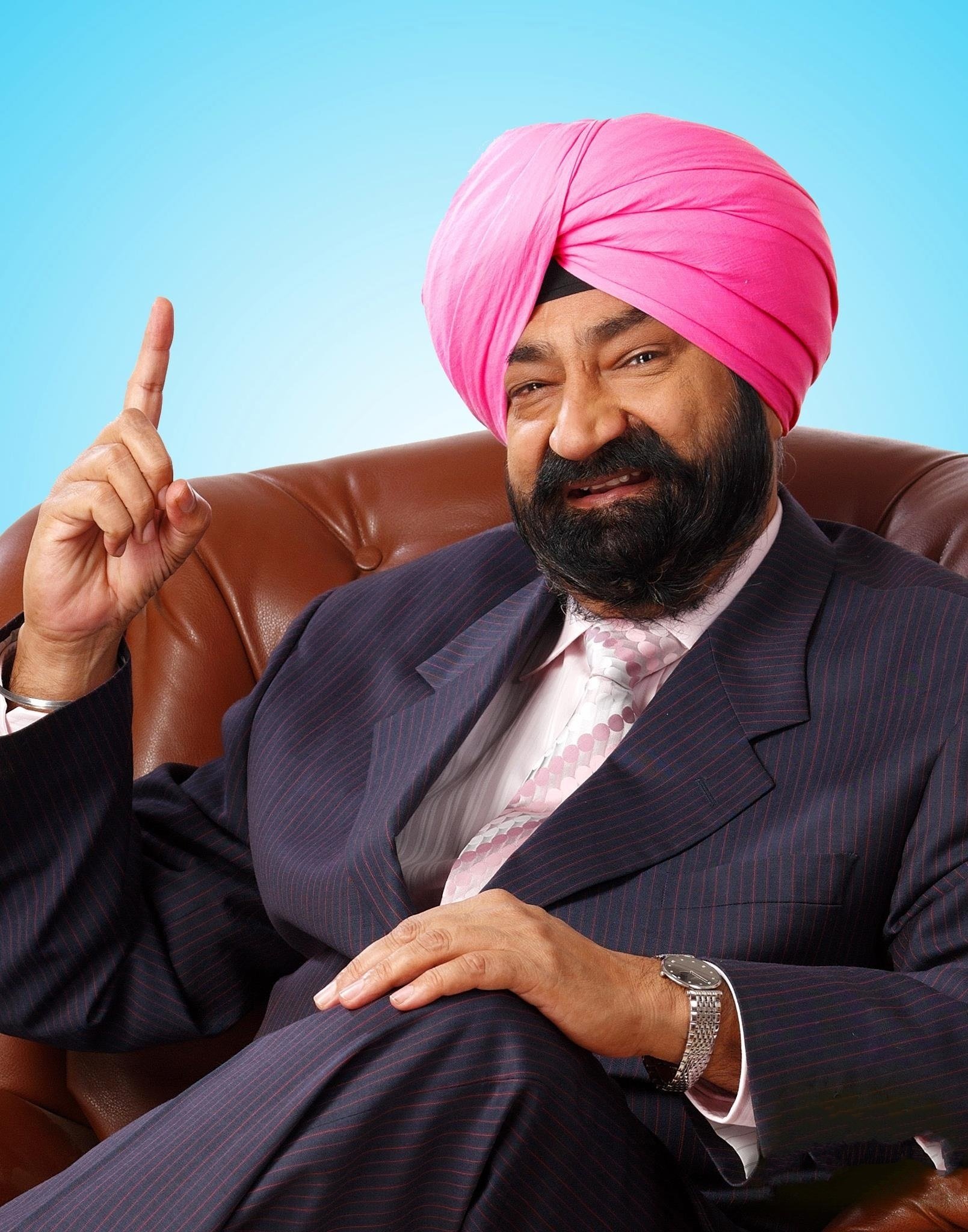 He has a long list of Hindi and Punjabi films, television serials, theatre and television commercials under his belt. However, he is most known for starring in shows ‘Ulta Pulta’ and ‘Flop Show’ with Jaspal Bhatti. Also Read: Bigg Boss 15: Himanshi Khurana And Asim Riaz Slam Afsana Khan After She Poked Umar Riaz Commenting, ‘Tu Doctory Kar’

Shauq was born in Chandigarh in 1963 and he died of a heart attack on 10 January 2011 in Mumbai, at the age of 47. He was survived by his wife and three children. 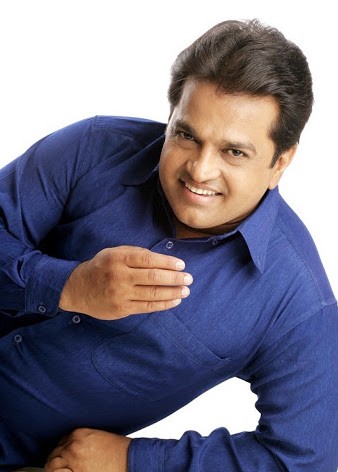 Her work is not limited to Bollywood only; she has also worked in South-Indian language films, some of which are—‘Ullasa Utsaha’ (Kannada), ‘Nuvvila’ (Telugu), ‘Hero’ (Malayalam), ‘Gouravam’ (Tamil) and ‘Courier Boy Kalyan’ (Telugu). She has even worked in a Punjabi film, even before her Bollywood debut!

The actress was born to Mukesh Gautam, who is a Punjabi film director and also the Vice President of PTC Network and her mother is Anjali Gautam. She was not born in Chandigarh, but she lived in the city till she moved to Mumbai to pursue her career in acting. 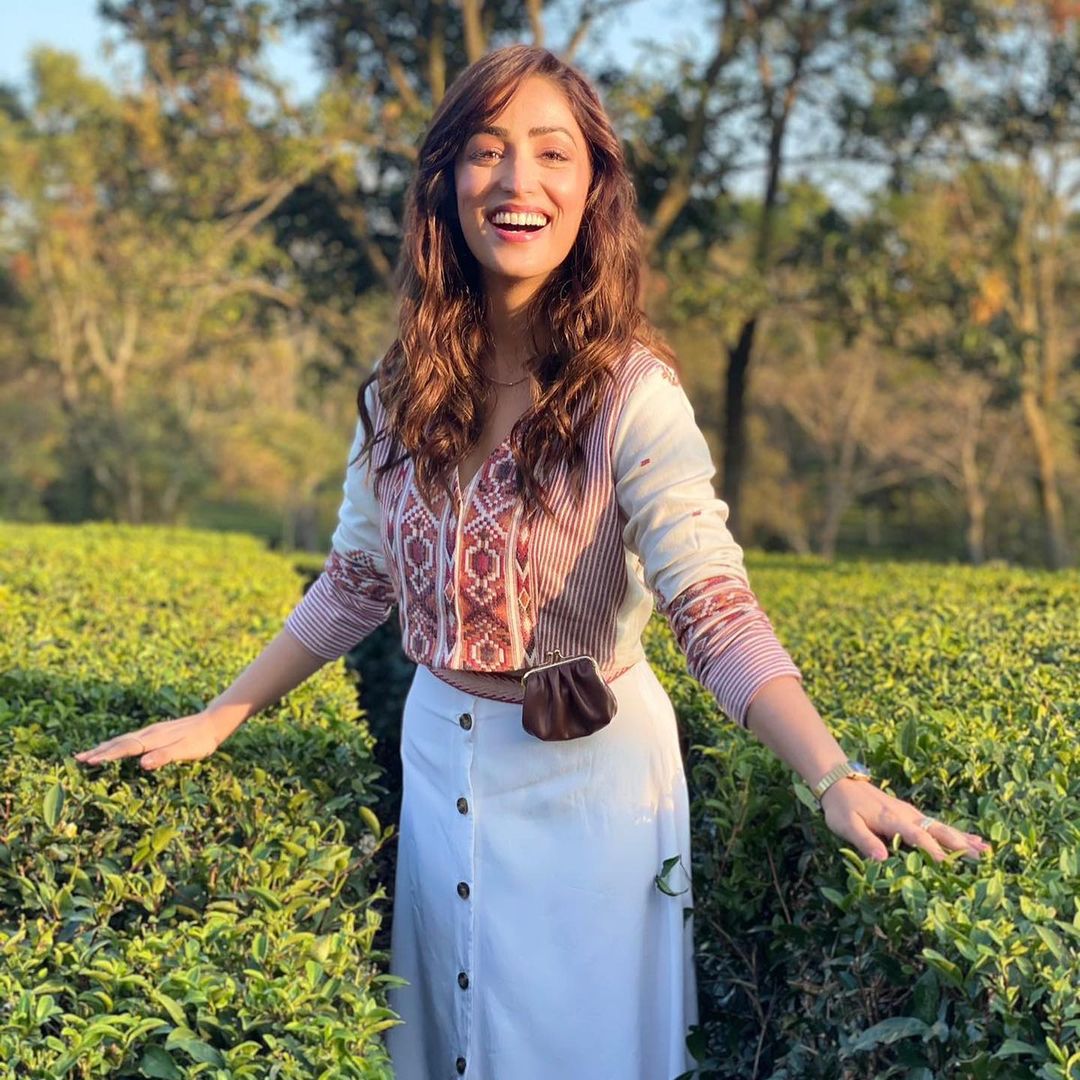 Brothers Ayushmann and Aparshakti Khurrana have successfully made a name for themselves in B-town. While Ayushmann made his debut on the silver screen in 2012 with Shoojit Sircar's romantic comedy ‘Vicky Donor’, Aparshakti’s first film was Nitesh Tiwari's biographical sports drama ‘Dangal’ (2016).

The brothers were brought up in Chandigarh to father P. Khurrana who is an astrologer and an author on the subject of astrology, whereas their mother Poonam is a housewife of half-Burmese descent and an M.A. in Hindi. Their family is currently residing in Panchkula. 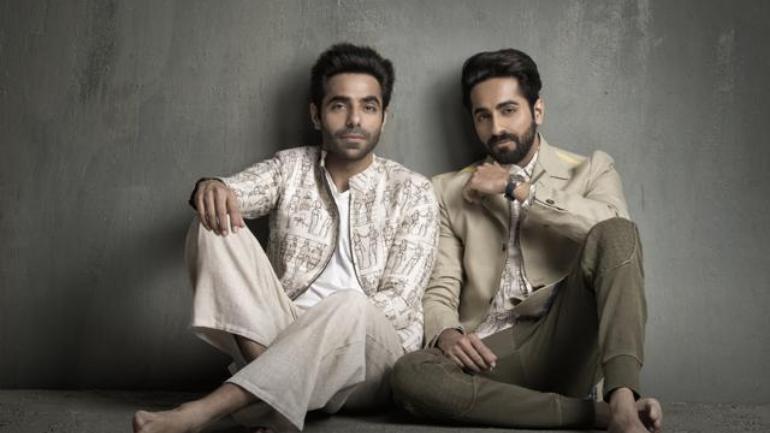 The actress turned politician Kirron Anupama Kher was born on 14 June 1952 in an Indian Punjabi Jat Sikh family and grew up in Chandigarh. She was named 'Kiran' by her parents and her full name was 'Kiran Thakur Singh Sandhu’ however she changed her name according to numerology, which she believes in.

She is not just an actress but also a singer, entertainment producer, TV talk show host and a member of the Bharatiya Janata Party. In May 2014, she was elected to the Lok Sabha, the lower house of Indian Parliament from Chandigarh. Also Read: Sikandar Kher To Mark His Hollywood Debut With Dev Patel’s ‘Monkey Man’

As an actress, Kirron Kher made her film debut in 1983 in the Punjabi feature film ‘Aasra Pyar Da’. After this, she took a hiatus from films until 1996. Her return to movies came during the mid-1990s after which she acted in many award-winning films including ‘Sardari Begum’ (1996), ‘Bariwali/The Lady of the House’ (1999) and ‘Khamosh Pani’ (2004). Gurbani Judge aka VJ Bani or Bani J is an Indian fitness model, actress and former MTV India presenter. She is known for participating in the fourth season of MTV Roadies, where she ended as the runner-up.

She has even participated in other reality shows including Khatron Ke Khiladi and Bigg Boss. In September 2016, she even appeared in Navv Inder's music video ‘Att Tera Yaar’. However, she gained a lot of fan following after she appeared as ‘Umang’ in the Amazon Prime web series ‘Four More Shots Please’.

Bani is from Chandigarh and promotes a lot of content related to fitness and health. 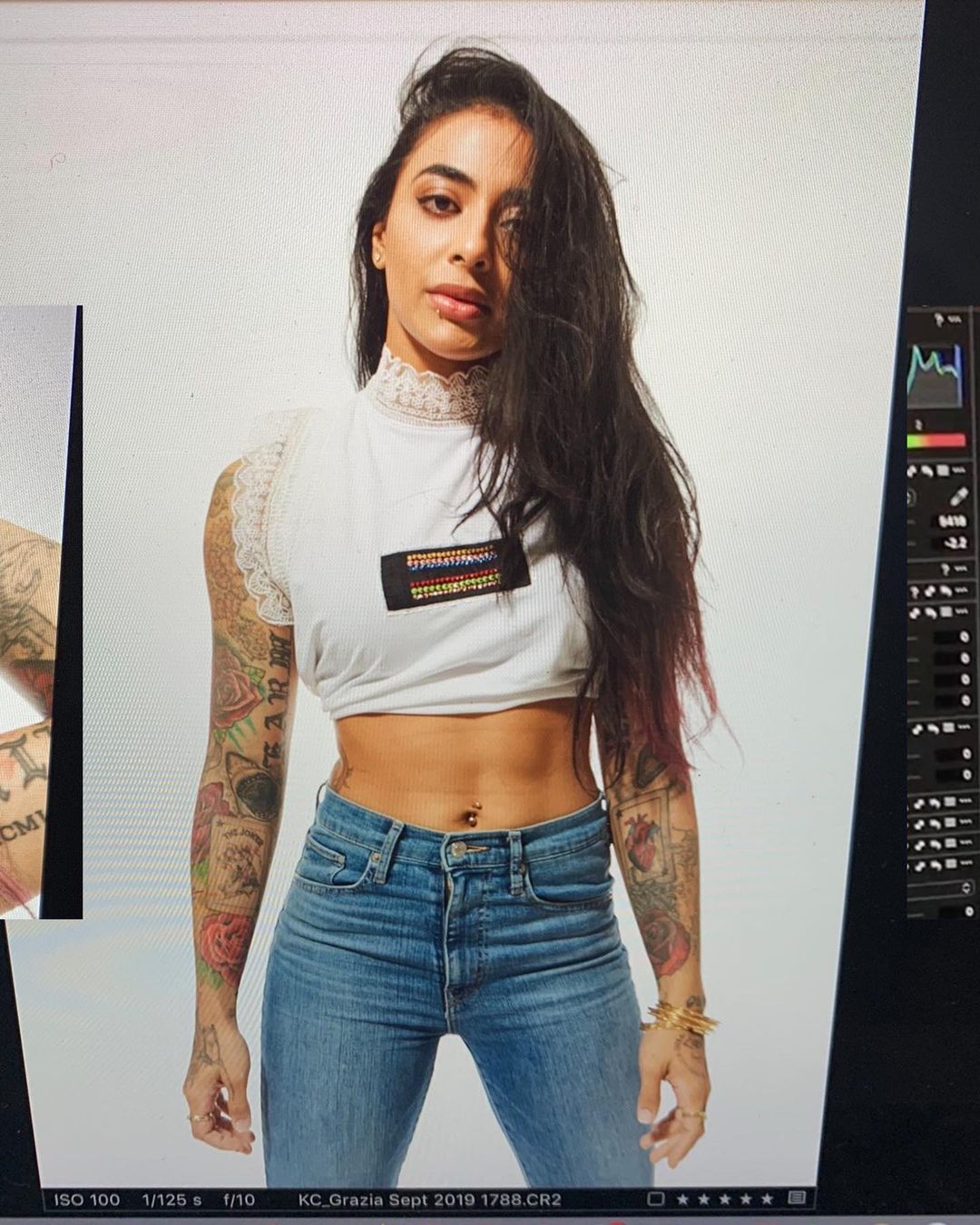 On the fictional front, he has played the role of Wrestler Lakhan "Lucky" Singh Ahlawat in Badho Bahu (2016–2018) and Shahnawaz "Shaan" Ali in Naagin 3 (2018). Narula began his career as a model and was even the second runner up in PTC Punjabi's Mr. Punjab (2014). He is also originally from Chandigarh. Also Read: Did You Know John Abraham’s Debut Was With Punjabi Songs! 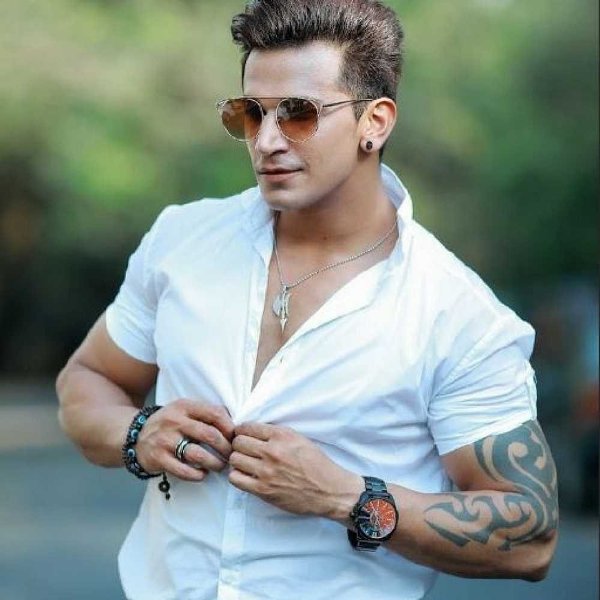 Veer Rajwant Singh is an Indian actor and casting director. You might’ve seen him in videos made by the companies ‘Being Indian’ and ‘FilterCopy’. He became popular for playing the character of Nikhil Solanki in Dice Media’s ‘What The Folks’ and he has also featured in the Netflix series ‘Little Things’.

Veer joined theatre at a very young age and he even went to Mumbai in 2011 to kick start his career but the efforts were futile. It was in 2015 when he tried again and finally got his first role in the TV mini-series ‘Neta Sabki Leta’.

Veer who was born and brought up in Chandigarh lost his father when he was just 15-years-old. After that, he was given his father’s job as a clerk in the Haryana Government, where he worked for 6 years before leaving to pursue his dream of acting. 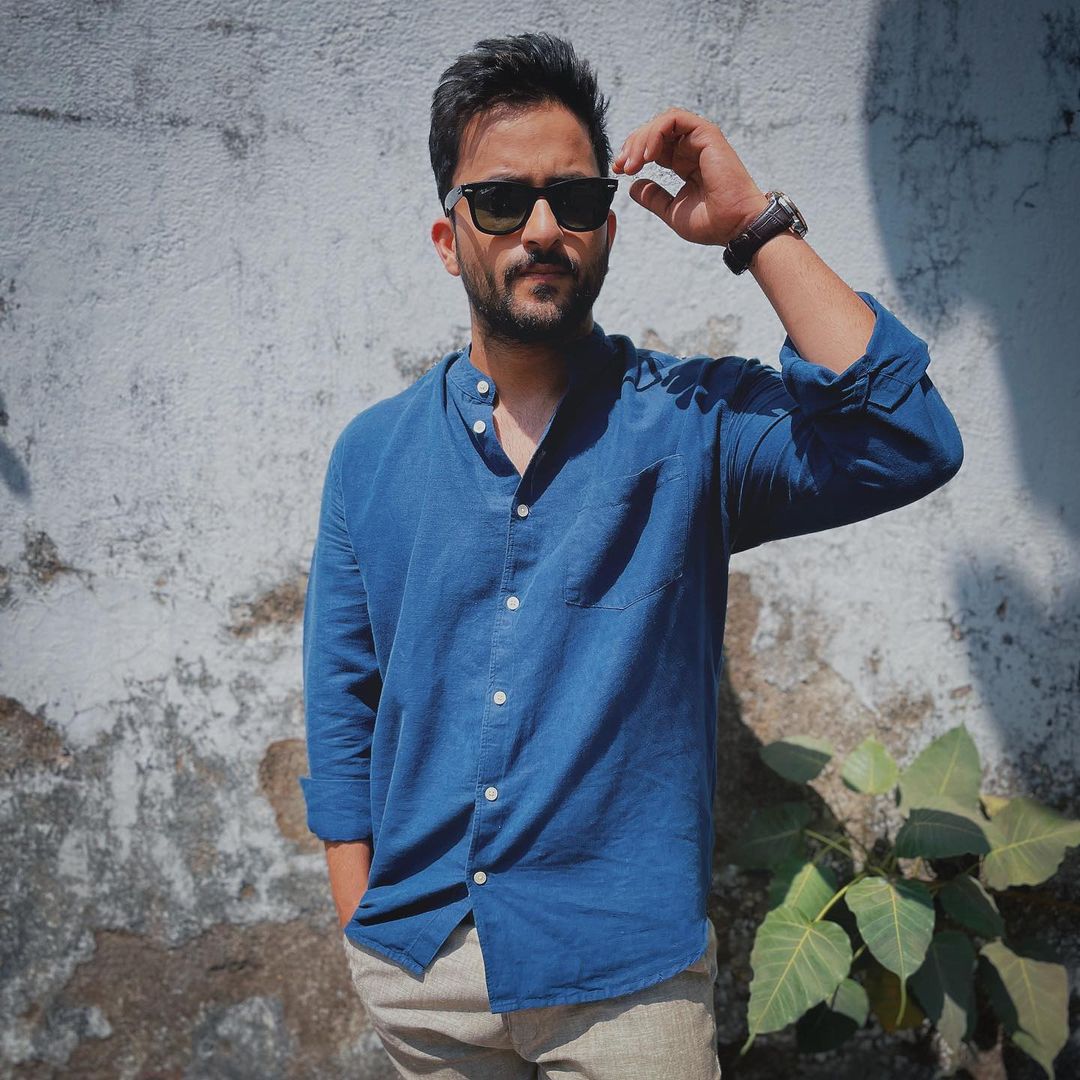 Mohit Sehgal is an Indian television actor. He is known for his roles of Samrat in ‘Miley Jab Hum Tum’, Somendra in ‘Sarojini - Ek Nayi Pehal’ and Jay in ‘Naagin 5’.

After an unnoticed role in the 2007 film ‘Delhii Heights’, Sehgal entered TV industry playing Samrat Shergill, a lead in the daily soap ‘Miley Jab Hum Tum’ (2008–2010). He has even hosted shows like ‘Zara Nachke Dikha’ and ‘Meethi Choori No 1’.

The actor was born on 3rd December 1985 in Chandigarh. 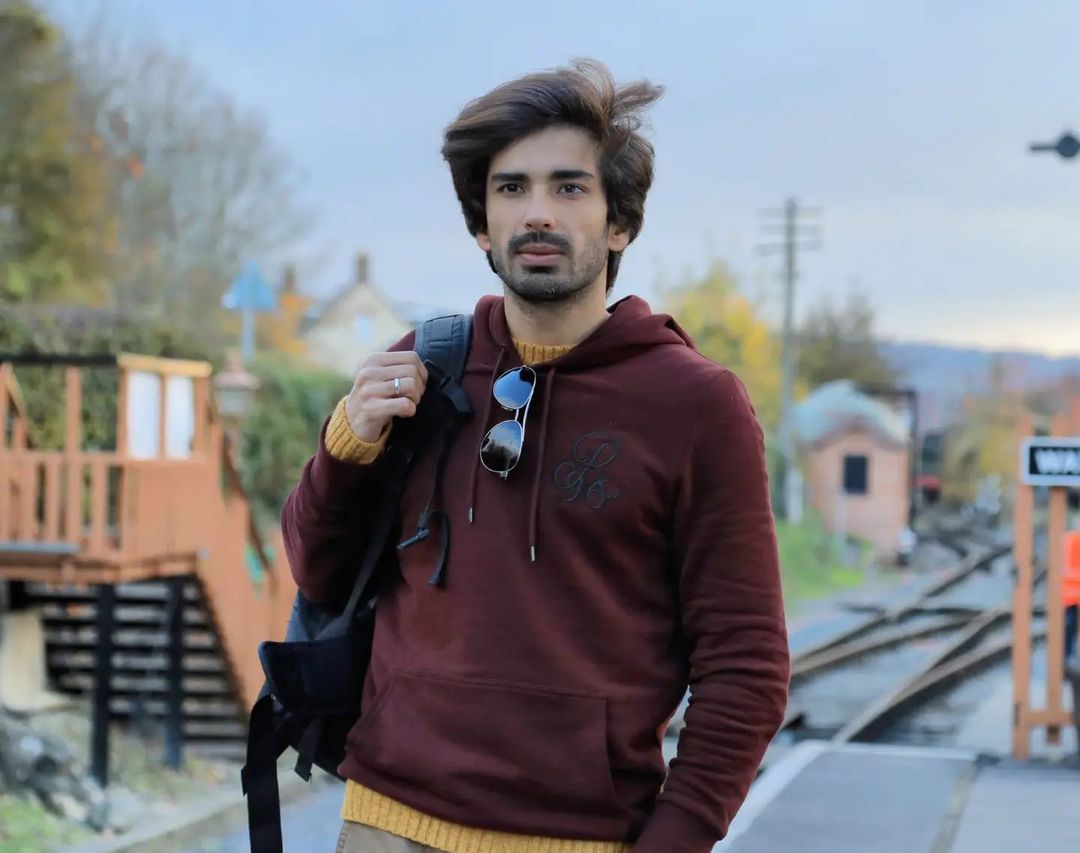 This is the list of actors and television stars who hail from the green city, Chandigarh. There are obviously many more names like Yuvraj Singh, Kapil Dev, Milkha Singh, Abhinav Bindra, Neerja Bhanot, Gul Panag, which are not people from the silver screen.

There are also a number of people like Babbal Rai, Jassi Lohka and Simi Chahal who shifted to Chandigarh for their college or work but since the list is so long already, these names aren’t mentioned. There will also be many more names and faces that will be added in the future, making this list even longer. Also Read: Jinne Jamme Saare Nikamme: Kenny Chhabra's Punjabi Film Now To Release On OTT!

Do comment below the name of your favorite celebrity from Chandigarh! 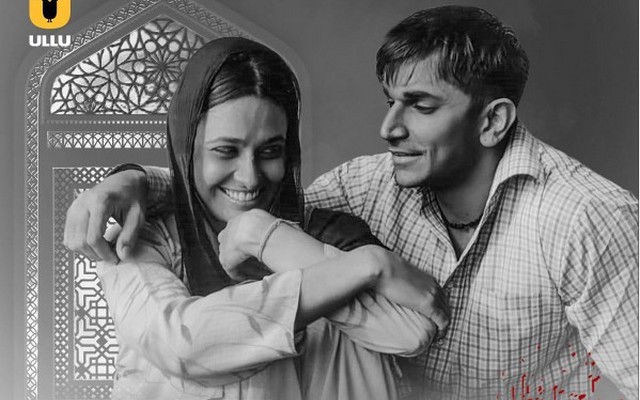