It is just a week since the 15th season of Bigg Boss went on air and just like any other season, it is full of drama and emotions in the form of arguments, fights and romance.

The recent tussle between Umar Riaz and Afsana Khan grabbed a lot of attention. Actually, during a recent exchange of words the latter poked Umar by commenting on his job. The ‘titliaan’ singer during a conversation said, "tu kuch karne ke layak nhi hai, tu doctory kar (You are not worthy of doing anything, do your job of a doctor)". This was sure to invite a furious response from him. Also Read : Sikandar Kher To Mark His Hollywood Debut With Dev Patel’s ‘Monkey Man’ 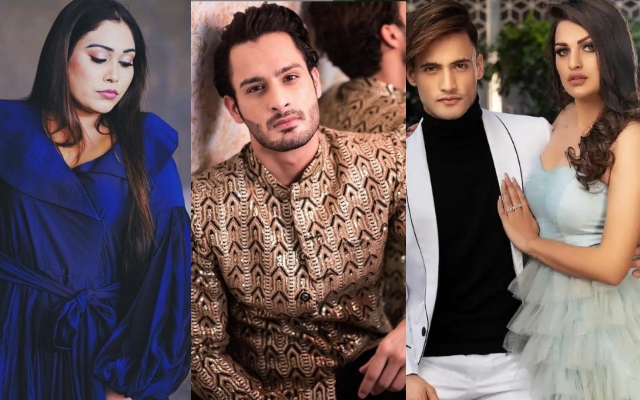 So, Umar lashed out at her and warned her to not comment on his profession. “Don’t you dare talk about my profession and mismatch my statements,” Umar said. Furthermore, he went on to state that while she was sitting at home doing nothing, he used to go out at the front line working, serving the people of the country during the pandemic. Also Read : It’s A Girl! Falak Shabir And Wifey Sarah Khan Welcome Their First Child

Well, this was not all. The comment by Afsana was not well received by Umar’s brother Asim Riaz and Himanshi Khurrana who took to their social media and slammed the singer. Have a look!

What is your opinion on this, share with us in the comments section!