As they say, One of the greatest gifts one could ever get is a daughter. In order to celebrate the existence of this gift, the fourth Sunday of September in India is celebrated as World Daughter’ Day.

Our P-Town celebs also celebrating this emotional and beautiful bond shared cute and adorable pictures with their daughter. Let’s have a look!

Popular singer-actor Jassie Gill shared a super cute video of her little kiddo, Roojas. In the video she can be seen singing Diljit Dosanjh’s, ‘Lover’ and having a conversation with Jassie which will leave you in splits. Also Read : A Practice That Jagjeet Sandhu Feels Is Still Lacking In The Punjabi Industry!

The father-daughter bond is not hidden from anyone. ‘Nikle Current’ singer keeps sharing the videos of his daughter on social media.

The very talented and versatile Divya Dutta shared a couple of photographs of her mother and daughter on social media wishing them.

The very beautiful and multi-talented diva, Neeru Bajwa is a proud mother of three daughters. She keeps sharing photographs of her three little angels on social media as well which clearly reflects her eternal motherly love for them.

On the beautiful occasion of Mother’s day, Neeru once again shared a post where she can be seen posing with her daughters. Also Read: Charanjit Singh Channi Was A Singer: Rumor Or Fact?

Popular model-actress Sonia Mann on this day shared a heartfelt and an emotional note for her father. Being a proud daughter, she penned her feelings stating that he hasn’t seen her father but people say that she resembles him.

Sonia who has been an active supporter of farmer's protest also went on to state that this trait of ‘spirit to stand for one’s rights, to be fearless’ is also something she has inherited from him. Also Read : This Is What Divya Dutta Used To Do Before Stepping In Films

Popular comedian Kapil Sharma also shared a series of photographs of her daughter, Anayra Sharma. The post will surely leave you in awe of the cuteness.

Another name added in the list is that of Kulwinder Billa who too shared a happy picture on his social media with his daughter.

Now, this one has to be special! Aparshakti Khurana, who recently became father to a baby girl, penned a heartwarming message to celebrate her first Daughter’s Day. The actor shared a selfie featuring his wife and daughter, Arzoie.

‘The Lion Of Punjab’ actress, Pooja Tandon also shared a cute photograph on her social media story dedicated to her daughter. Don't you think she totally resembles her mother and ofcourse is a stunner? Also Read : After Elly Mangat, Rami Randhawa Stirs Another Controversy With Prem Dhillon! 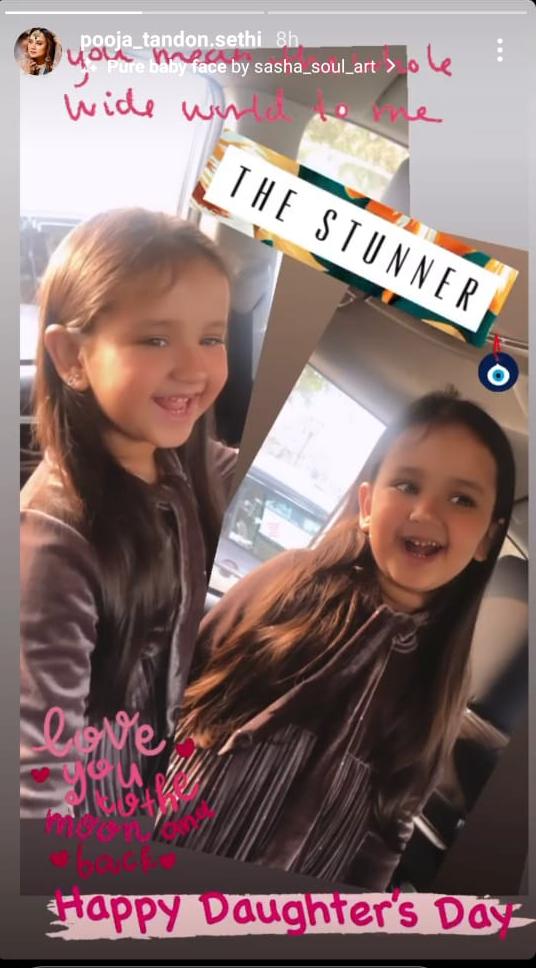 Popular lyricist-composer Bunty Bains also took to his social media to wish his daughters on their special day. Also Read : 5 Facts You Should Know About Afsana Khan! 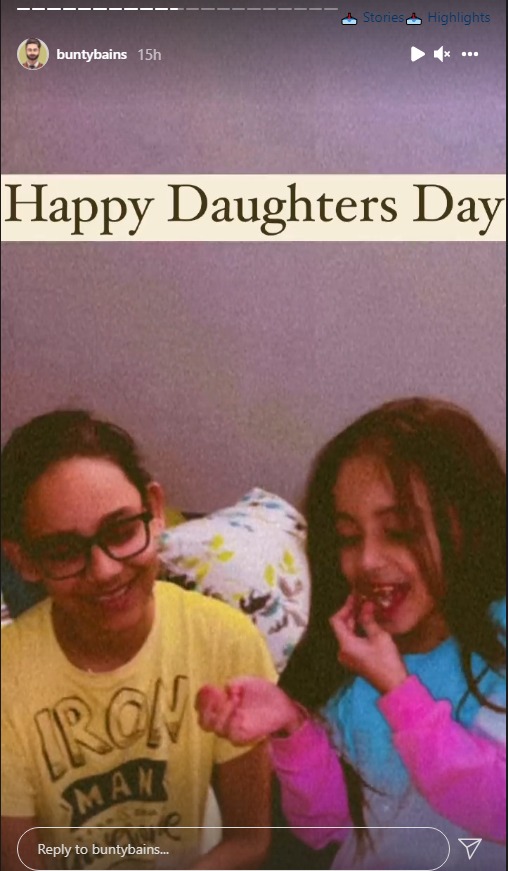 Well, this was all! How did you celebrate the day? You can share with us in the comments section!