Is Punjabi Film ‘Snowman’ Inspired From The Novel With The Similar Title?

Everyone is super excited to see popular Pollywood actors Neeru Bajwa and Jazzy B together as the star cast in Gippy Grewal’s upcoming production named ‘Snowman’. The poster looks like it is not a cliché Punjabi film, but has another theme altogether. However, not much is known about it yet, except the release date which earlier was November 5, 2021, now it has been shifted to January 7, 2022. Also Read: #SidNaaz: Sidharth Shukla And Shehnaaz Gill – The Incomplete Love Story 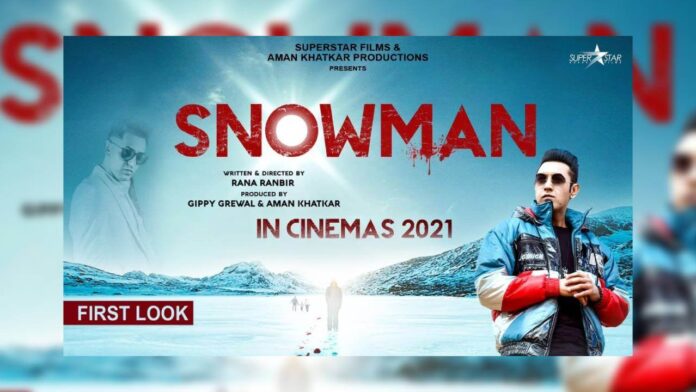 While the fans are waiting to learn more about the film, we bring you a special scoop!

Did you know that there is a novel and an English film by the same name?

The film, ‘The Snowman’, that was released in the year 2017 was supposed to be an international co-production between the United Kingdom, United States, Sweden and Japan. The film, which was directed by Swedish director Hans Tomas Alfredson fell under the psychological-thriller genre. The story was based on a novel by Norwegian writer Jo Nesbø, which had the same name. Also Read: Blog: Punjabi Artists From Hoshiarpur District of Punjab

The story revolves around a detective, named Harry Hole, who investigates the death of a young woman during the first snowfall. He fears that the woman has been caught by an old serial killer, who is very difficult to find. So he starts looking at the killer’s old cases with the help of a recruit while trying to bring him out of the shadows and outwit him before he kills again!

The film’s performance overall was average on the big screens. But the question that matters is— is the upcoming film just a Punjabi version of the 2017 English film, or is it just the name that’s similar?