Naulakha, a new Punjabi film has been announced with Preet Baath and Pihu Sharma in the lead roles. The film is written by Vikas Kohli who is also the director of this project.

The first poster of the film shows two men standing in the background of rising sun and emits the feeling of achievement. 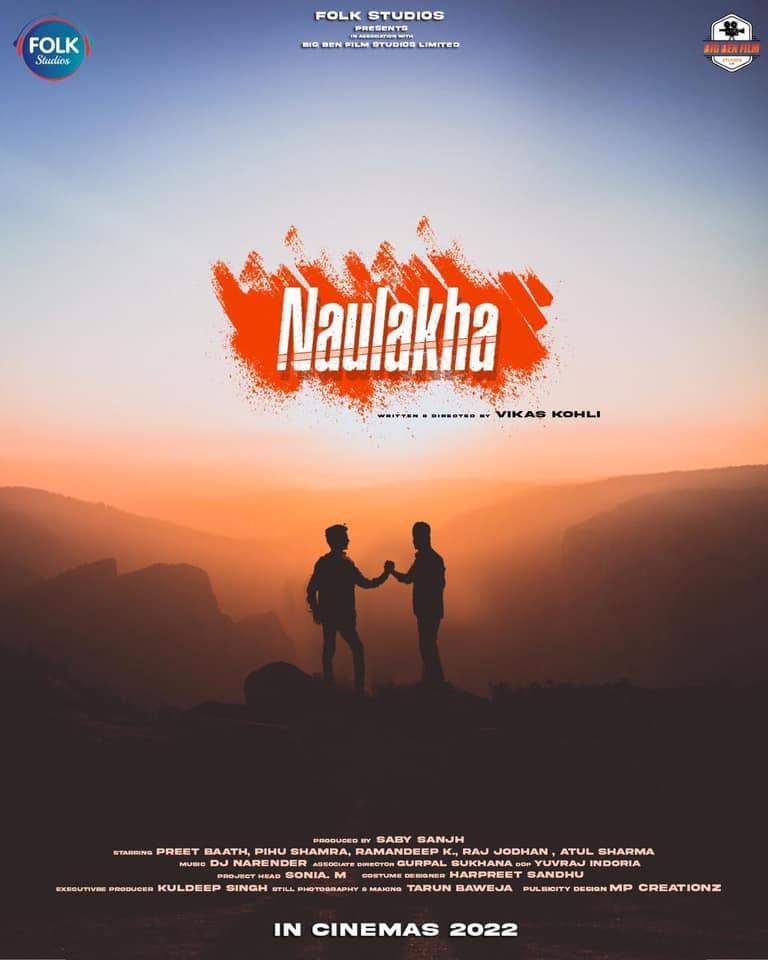 Produced by Saby Sanjh, Naulakha will release under the banner of Folk Studios in association with Big Ben Film Studios Private Ltd. The starcast includes Ramandeep K.,Raj Jodhan, Atul Sharma, and more, besides the lead couple. The music is by DJ Narender. Also Read: FIR Against Punjabi Singer Singga Over Social Media Video!