Ucha Pind: The Harjit Ricky Directorial To Be Released On Sep 3!

It’s raining movies! The release date of another Punjabi movie titled ‘Ucha Pind’ to be helmed by Harjit Ricky has been announced as September 03, 2021. The movie will feature a promising star including Navdeep Kaler, Poonam Sood, Sardar Sohi, Ashish Duggal, Hobby Dhaliwal, Mukul Dev and many more. Let us tell you, Ucha Pind will be produced by Sunny Dhillon, Hardeep Singh and Dimpy Dhillon under the banner of New Deep Entertainment & 2 RR Productions. Also Read : Movie Updates: Here’s A List Of All The Punjabi Movies Releasing In August! 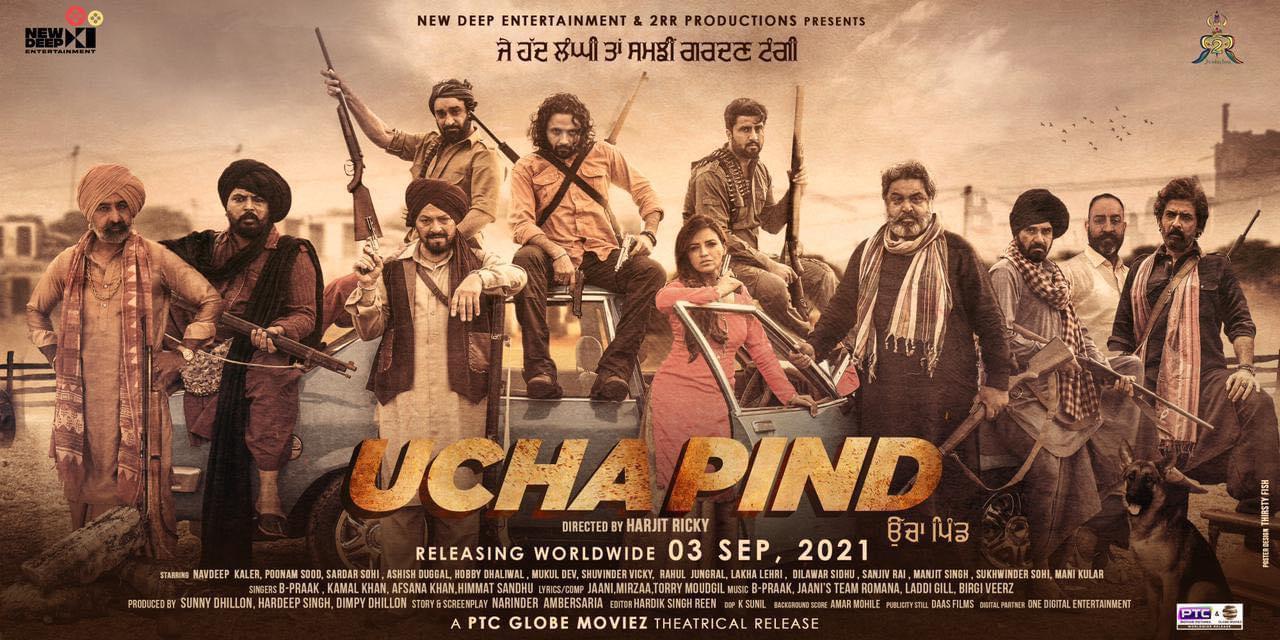 The film seems to be an action drama showing rivalry over the border line in the village as the tagline of the film also says, “je hadd langhi tan samjhi gardan tangi”.  In the poster, the entire cast of the film can be seen flaunting their weapons as if ready for rivalry.

Well, the theme of the movie reminds us of Navaniat Singh’s superhit ‘Shareek’ which starred Jimmy Sheirgill and Mahie Gill. Well, this time it will be interesting to see what Harjit Ricky brings for the audience. For the unversed, Harjit is known for movies like Once Upon A Time In Amritsar, Sirphire and Jatt Airways. Also Read : Wrestler-Actor Varinder Ghuman To Feature In Salman Khan Starrer ‘Tiger 3’ !

With some really high hopes let’s hope this one also lives up to everyone’s expectations.