Tokyo Olympics 2020: All You Want To Know About Ace Wrestler Ravi Kumar Dahiya!

In the biggest sports event, ‘Tokyo Olympics 2020’, every sports game is a nail biter. One of the games which surely got goose bumps was wrestling when Ravi Dahiya after Mirabai Chanu brought silver medal for India after losing his 57kg final to Russian two-time defending world champion Zavur Uguev. His victory became even more remarkable and filled everyone with shock and pride when his photographs and video of Kazakhstan’s Nurislam Sanayev biting his arm in the semi-finals went viral. Everyone lauded his spirit and twitterati was quite angry also about the unfair play. Well, all we can do is salute this ace wrestler for his competitive spirit. 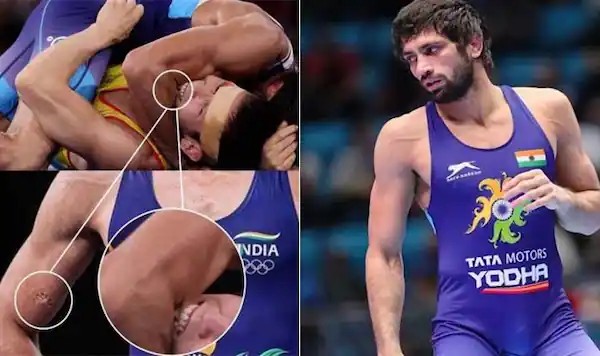 Let us tell you this brave heart was born on December 12, 1997 in the village Nahri in Sonipat district, Haryana. He began his wrestling journey at the age of 10 under the guidance of former wrestler and now coach Satpal Singh. He travelled everyday 8-10 kms from their village to the Chhatrasal stadium to deliver milk and fruits which were also a part of his wrestling diet. It is important to mention ehre that this Haryana lad comes from an agrarian family background and his father used to work in the paddy fields at his village.

Later, it was his talent and intent of making a name in the wrestling world took him places and he ofcourse repaid the faith shown by his father who worked really hard in rented paddy fields, and renowned coach Satpal Singh. Also Read : Tokyo Olympics: All You Want To Know About Mirabai Chanu, First Indian Weightlifter To Win Silver Medal! 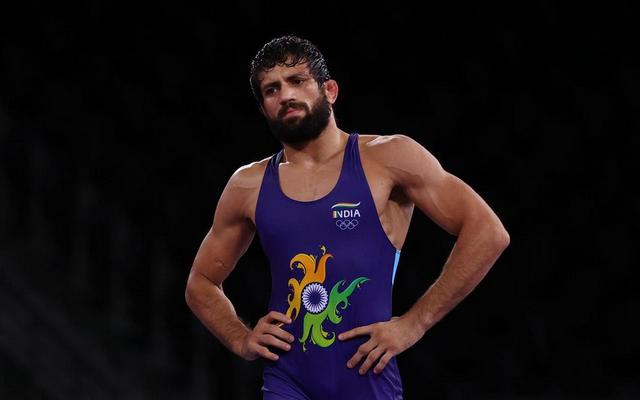 Ravi was filled with immense passion and motivation in the year 2008, when he first witnessed Sushil Kumar win an Olympic medal. Since then, he had aspired to follow his idol’s footsteps. The ace wrestler who is also known as the ‘freestyle’ wrestler established his career in the year 2015 after he won silver medal in the Junior Wrestling Championship 55 kg freestyle event at Salvador de Bahia . His spectacular moves were highly impressive, however, in 2017, owing to a knee injury he could not perform for nearly a year during the Senior National. At this time, he had no sponsors and had to depend on his well-wishers to recover from his injury. And those wishes paid him well with a bang on comeback and he won silver again in the year 2018 World U23 Wrestling Championships in Bucharest. Also Read : Tokyo Olympics 2020: All You Want To Know About Men’s Javelin Thrower Neeraj Chopra! 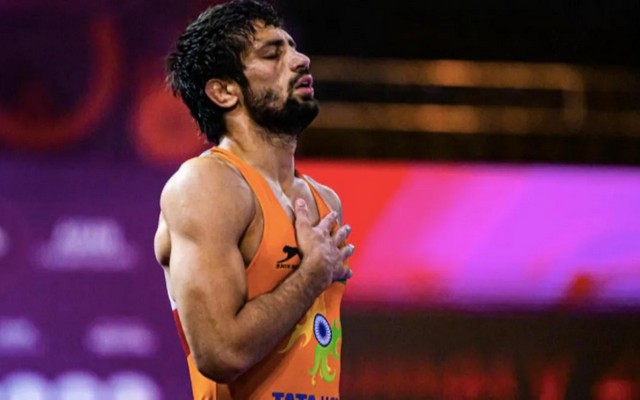 Furthermore, he made his inaugural appearance in the year 2019 in World Championships appearance and made an instant mark by booking a seat in the last six quota places for the 2020 Tokyo Olympics. This time he had to go back home with a bronze but this achievement led him to include in the Ministry of Youth Affairs and Sports’ Target Olympics Podium Scheme (TOPS) and he remained unbeaten at the 2019 pro Wrestling League representing the title winning team, ‘Haryana Hmmers’.  This was not all as he bounced back in the same year to win gold medal in the 2020 Asian Wrestling Championships in New Delhi. Also Read : Tokyo Olympics 2020: Here’s All You Want To Know About Indian Discus Thrower Kamalpreet Kaur!

Now, he is the fifth ever wrestler from his country after KD Jadhav, Sushil Kumar, Yogeshwar Dutt and Sakshi Malik to win a medal at the quadrennial Games and second wrestler after Sushil Kumar to win medal at Olympics.