World's fastest woman athlete champion Bibi Man Kaur left for her heavenly abode at the age of 105. She died of cardiac arrest. She is survived by two daughters and a son.  She was undergoing treatment in a local hospital at Derabassi and breathed her last today at 1p.m. The news was confirmed by her son Gurdev Singh who told that the champion runner was battling cancer and her health condition was even getting better but today afternoon she passed away as her health started to deteriorate suddenly. 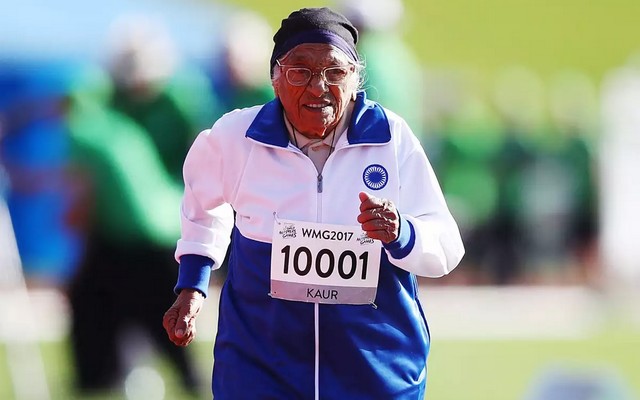 Bibi Man Kaur got the world records under her name in the Over-100 years old categories for a variety of events. At the age of 103, she was even given the 'Nari Shakti Puraskar' award by the President of India. She was even known as the "Miracle Mom from Chandigarh". She got her claim to fame after she won the 100 metre sprint at the worlds Masters Games in Auckland in 2017.

The news of her sudden death left everyone shocked. Team Ghaintpunjab pays heartfelt condolences to the entire family and friends to bear this loss. May the departed soul rest in peace. Also Read : Money Aujla Shares A Heartfelt Note For The Late Singer Raj Brar!