Every day there have been a lot of announcements be it albums or movies. Now, once again another Punjabi movie has been announced titled ‘Shahi Majra’ to be directed by Prem Singh Sidhu. Interestingly, the movie will be also be produced by him under the banner of ‘Prem Singh Sidhu Productions’. Also Read : Is Shree Brar Writing For Netflix??
Recently, the actress Sawan Rupowali shared a few pictures of the cast and crew announcing that the shooting for the film had ended. The caption of the post read "Finally it’s Wrap Up of our Upcoming series #ShahiMajra it was really nice to work with entire team. Stay tuned..."
So the faces we will see in the film include Ninja, Sawan Rupowali, Nikeet Dhillon, Honey Mattu, Mandeep Mani and Anita Shabdeesh among others.This is the first time that Ninja and Sawan will be seen together on screen as the leads! Also Read: Checkout The Impressive Looks Of Punjabi Actress Nikeet Dhillon!
Earlier, an update had been shared by writer-director Sagar Sharma who is known for movies like Burrraahh, Hero and Hero and several others. Sagar shared a story on his Facebook account where he can be seen holding a clapper board for the movie in a police uniform. So, anticipations are being made of him playing a character of a policeman. Have a look! 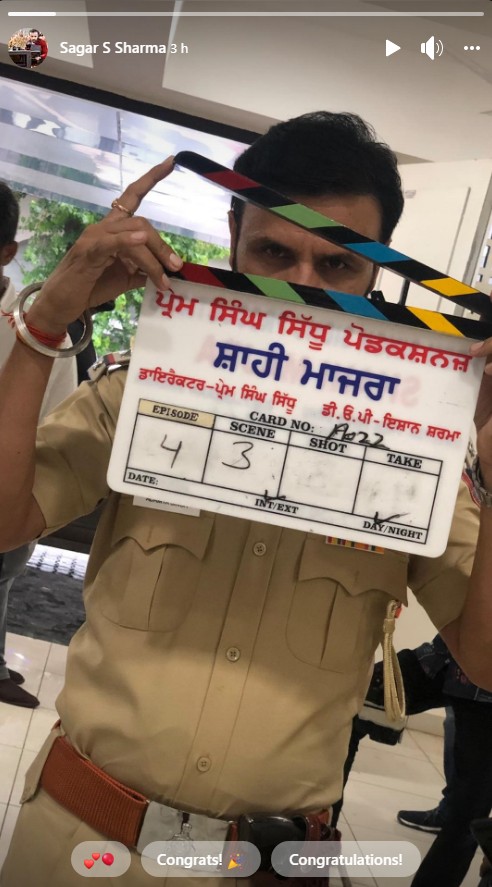 What do you think the movie will be like?