Raj Kundra, husband of actor Shilpa Shetty left everyone shocked when he was arrested by Mumbai Police on Monday night for allegedly making pornographic films and publishing them through apps after several hours of interrogation. 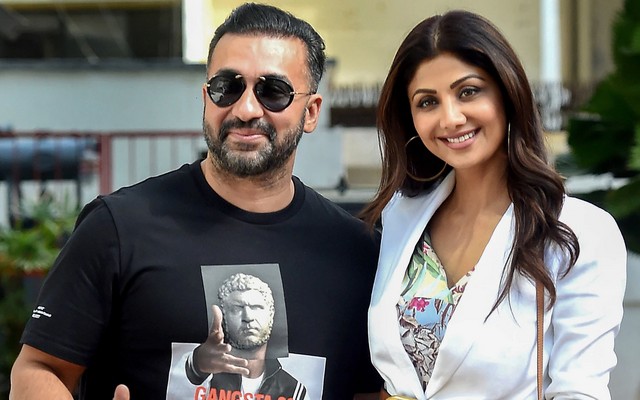 “There was a case registered with Crime Branch Mumbai in February 2021 about creation of pornographic films and publishing them through some apps. We’ve arrested Mr Raj Kundra in this case on 19/7/21 as he appears to be the key conspirator of this. We have sufficient evidences regarding this. Investigation is in progress,” said Hemant Nagrale, Commissioner of Mumbai Police. Also Read : T-Series Head Bhushan Kumar Booked For Allegedly Raping A 30-Year Old

The businessman has been booked under sections 420 (cheating), 34 (common intention), 292 and 293 (related to obscene and indecent advertisements and displays) of IPC besides other sections of the IT act and the Indecent Representation of Women (Prohibition) Act.

Reportedly, soon after his arrest, Raj was taken for medical examination at JJ hospital by the Property Cell of Mumbai Police's Crime Branch. He was later taken to Mumbai Police Commissioner's office and spent the night in the custody of the Crime Branch, Mumbai.

Now, today, he will be produced before the 37th Esplanade metropolitan magistrate's court.

"Our team worked on it closely after filing the first chargesheet in the case. During the probe, we found that the accused, in fact, sent WeTransfer files abroad sitting in Kundra’s office," said an officer of the Crime Branch.

Initially, the crime branch said that the gang used to persuade aspiring actors in the name of giving them roles in films on OTT platforms, but later they forced them into pornography. The accused used to earn Rs 2-3 lakh per video and the victims were just paid Rs 20,000-Rs 25,000, sources said.

Let us tell you, Umesh Kamat, was the managing director of VIAAN industries in which Raj is a chairman and non-executive director. The crime Branch had also arrested a C-grade film director from Surat on February 10 this year, identified as Tanvir Hashmi alias Tan, who has so far directed eight films and was using his contacts to trick aspiring actresses into shooting pornography. During investigation, the Crime Branch found that he was also shooting pornographic videos, which were then sent to UK-based Kernin Limited through Kamat. Also Read: Social Activist Pandit Rao Filed A Complaint Against Sidhu Moosewala And Sub-Inspector Turned Model Harshjot Kaur