Mehreen Pirzada Calls Off Her Engagement With Bhavya Bishnoi

Ardab Mutiyaran actress Mehreen Pirzada who got engaged to Congress leader Bhavya Bishnoi, son of Adampur MLA Kuldeep Bishnoi in Jaipur in a grand ceremony in the presence of their family and friends on March 12th has called off her engagement. The announcement has been made nearly after four months of their engagement. Also Read : Mehreen Pirzada & Bhavya Bishnoi's Engagement Pictures Look Straight Out Of A Fairytale! 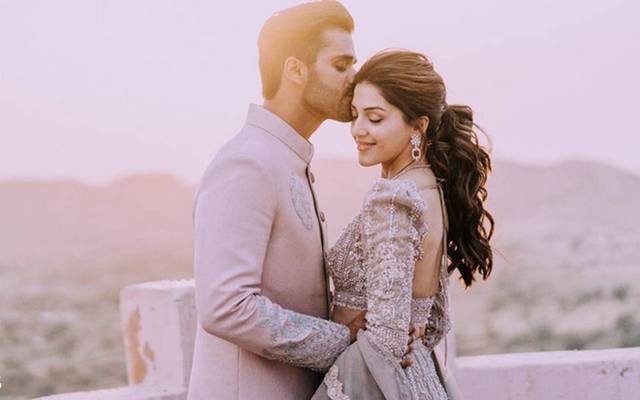 In a statement posted on her Instagram story, Mehreen called the break-up “amicable”. The actor also added that she is no longer associated with Bhavya, his family or friends. “Bhavya Bishnoi and I have decided to break off our engagement and not go ahead with the wedding. It’s a decision that has been taken amicably and in the best interest. With respect in my heart I would like to say that from now on I have no further association with Bhavya Bishnoi, any of his family members or friends”, read one of the excerpts from the statement shared. Also Read : Actor Aamir Khan And Filmmaker Kiran Rao Announce Divorce, Here’s Why ‘Fatima’ Sana Sheikh Is Trending! 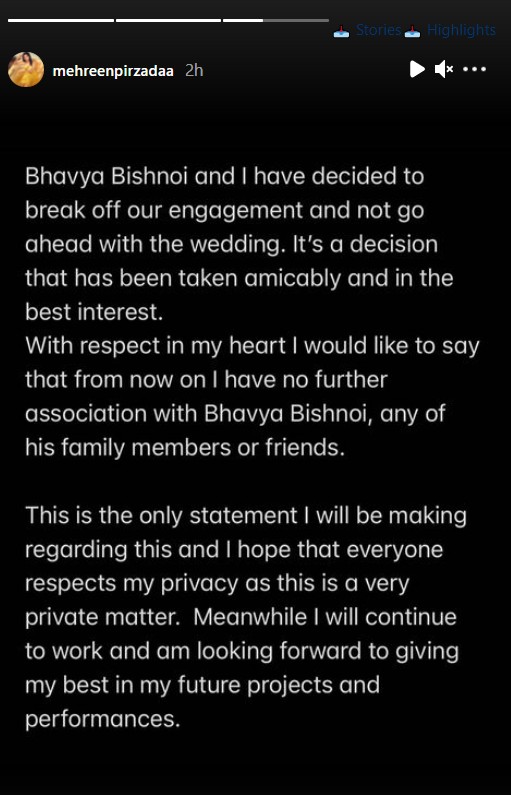 Infact, Mehreen has even deleted pictures of herself and Bhavya from her Instagram page. The couple was planning to tie knot this year but the actress had recently announced that she postponed the wedding because of the pandemic.

On the work front, Mehreen will be seen next in F3, the sequel to F2.