A couple of months back actor Suyyash Rai had thrown a beautiful baby shower for his wife Kishwer Merchant. Now, recently the couple have welcomed their first child which is a boy. The good news was shared by the couple on their respective social media handles. Sharing a supercute photograph with the newly born called him, "BABY RAI"...It's a Boy!" Have a look!

Not only this, Chandigarh-lad, Suyyash shared another cute post dedicating his wife and thanking her for completing them. He went to reveal that the feeling he had is priceless. Also Read : Sonu Sood Appointed As Brand Ambassador For Delhi Government’s ‘Desh Ke Mentor’ Programme!

Isn't that so cute? Well, We too congratulate the new parents and wish them the happy times ahead!

Just in case, you missed out the adorable photographs from Kishwer's baby shower which were straight out of fairy tale, check them out!

Kishwer chose to wear a pink sharara suit, with chuda among other jewellery with open hair. She was seen seated with a teddy bear on her lap as she laughed whereas Suyyash had complemented her with a silk blue kurta paired with silk white trousers. Golden, white, pink and blue balloons, of different sizes were used to decorate the room. The banner placed under the balloons reads ‘Kishwer’s Baby Shower’ and the hashtag used for the event is #SuKishKaBaby. Also Read : Actress Sargun Mehta's Husband Receives Maharashtra Jan Gaurav Puraskaar! 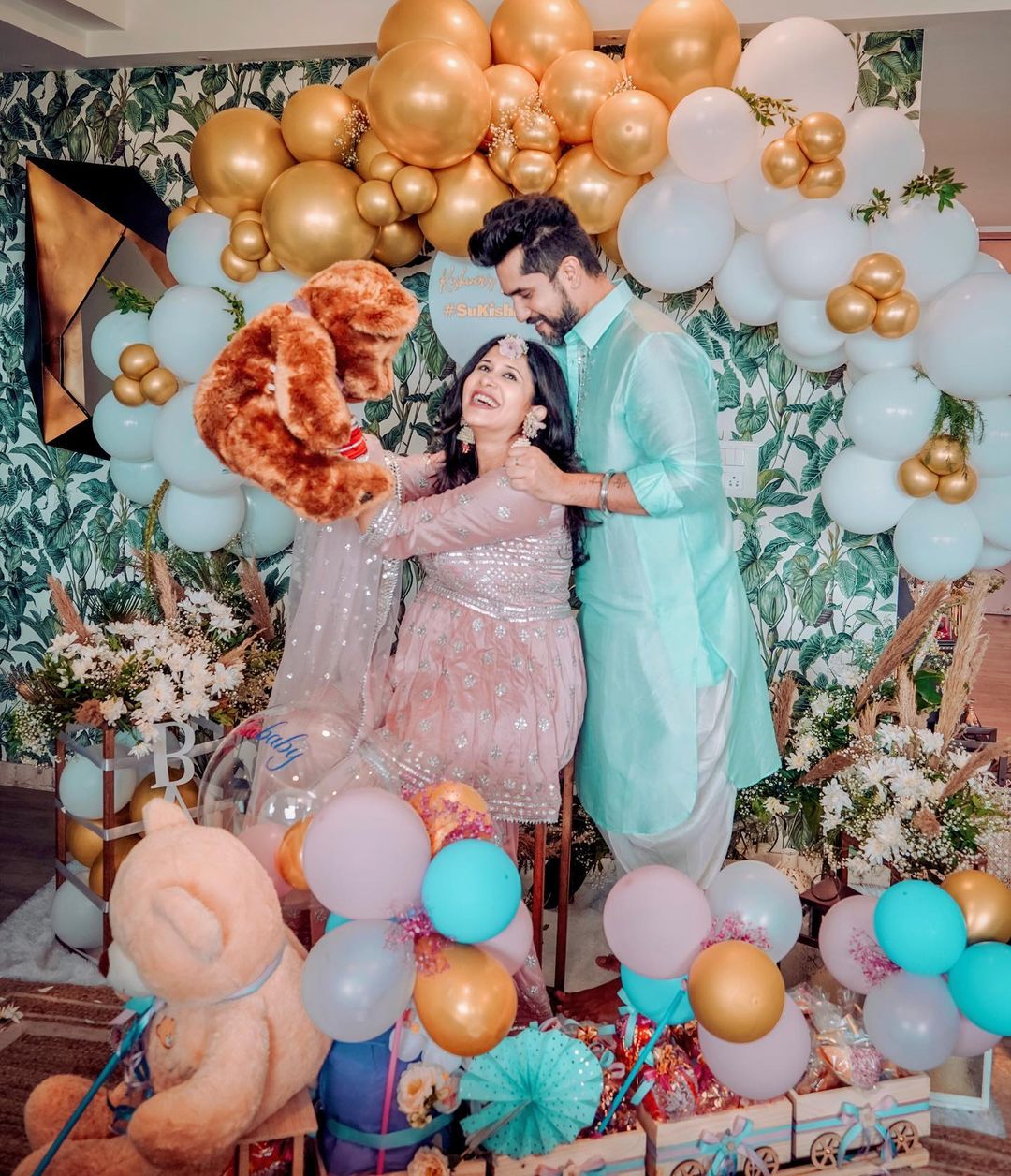 A teddy bear train was also seen that carried gifts and balloons. Infact, white flowers were used to add character to the room. 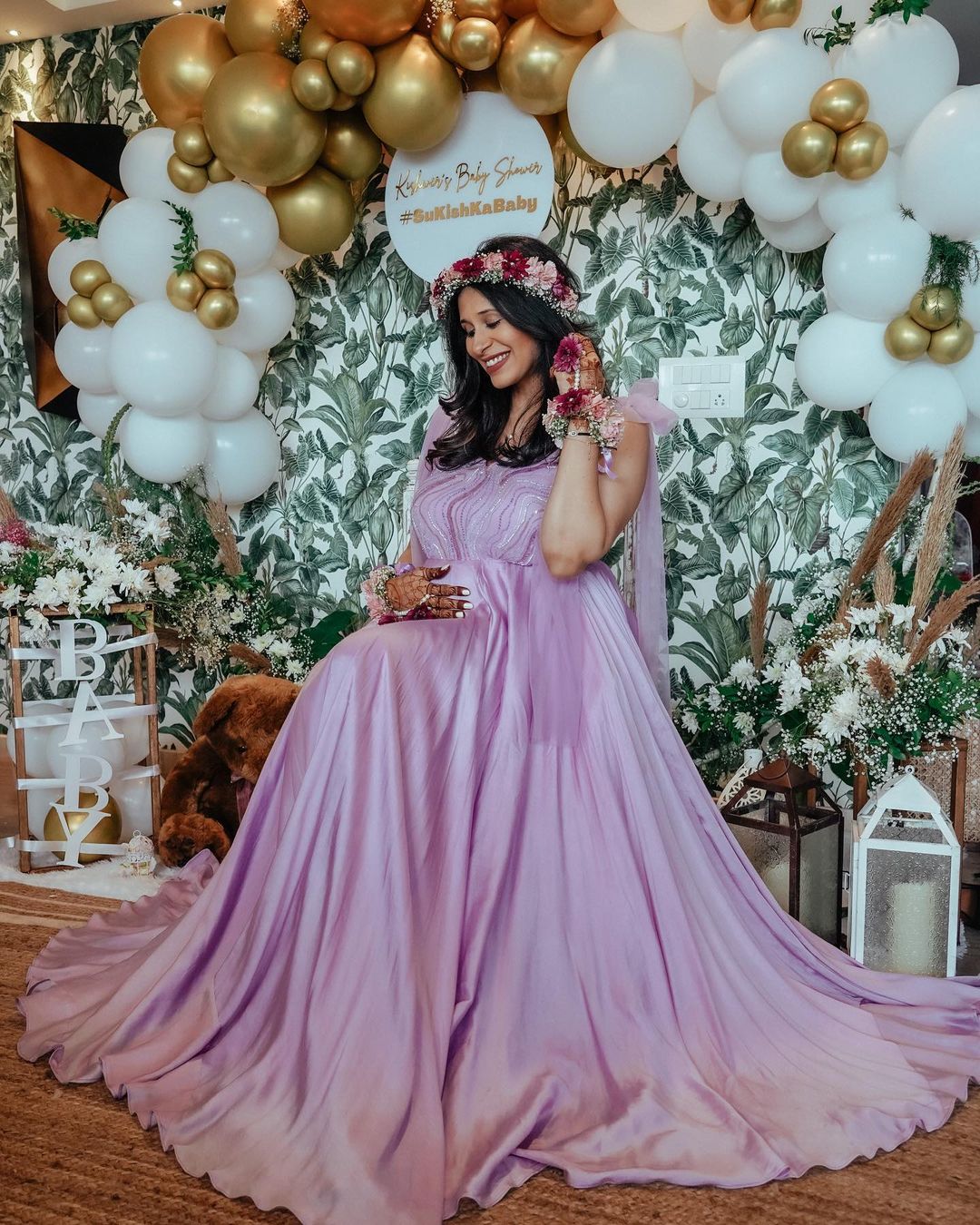 Not only this, Kishwer  even got herself made a customized mehendi design on her palm that had a woman cradling her baby bump and the words ‘mom-to-be and ‘baby shower’ written. Apart from that, the actress also shared pictures with her mother-in-law and her other friends. Truly, the glow in their faces shows how excited the couple is to welcome their little bundle of joy. Check out the adorable posts out here!  Also Read : Ihana Dhillon Has Her Own Business And Here’s What She Does!