Nevertheless, if you belong to any of these arenas, you automatically become a privileged soul, even though you might not be that popular. And in case your fan count is in millions, then rest becomes a piece of cake for you. However, all these things might sound fairytale from the point of view of the audience whereas from the viewpoint of a celebrity, this lifestyle is nothing less than a fiery stream. This is so because the privilege of being a celebrity snatches away a lot of liberties that are available to a commoner.

But in the midst of these stereotypical instances, there are some exceptions like Jagjeet Sandhu, who have emerged as the trendsetters in recent times. 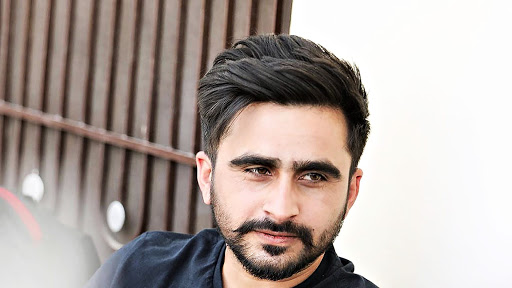 The 29-Year Old actor despite being a top name of the arena in the contemporary times, refrains from attaching the title of actor with his name. This is so because he says that he doesn't try to act even in front of the camera. Instead he tries and lives with that character. In Fact, he defines acting as an art of living someone else's life. Also Read : Here's The First Thing That Irritated Jagjeet Sandhu After He Became A Star!

Jagjeet believes that this thought is the only thing that keeps him grounded. It acts as a constant reminder for him that an actor is nothing but a luxury item in this society and thus remains relevant only till the day their acceptance in the masses remains intact. And once they lose their acceptance they become nothing from everything. Therefore, he always clings on with a funda that the actor must never treat himself like an almighty. Also Read : Here's Why Jagjeet Sandhu Regards Leg Pulling As A Positive Thing!

the advice of his father that guggu gill follows r...

heres the crazy thing jass bajwa did with his firs...