Singer Karan Aujla has won millions of hearts with his superhit songs and remained in the controversies too attached with his names. Well, this time also the versatile singer is making headlines but for all the good reasons.

Recently, a video went viral where a guy studying in class 10 can be seen selling vegetables on the streets of Khanna. As per the reports by a news channel, father of the boy passed away last year because of which all the family responsibilities came on him. Owing to these responsibilities, he was forced to sell vegetables.He even told his online classes are going on which are attended by his elder sister who teaches her in the evening after he goes back in the evening. He wishes to become a high rank police officer when he grows up. Also Read : #ViralVideo: Punjab CM Announces Aid For 10-Year-Old Ludhiana Boy!

Looking at his pity condition, Karan Aujla shared the video of the news story and urged people to provide him the phone number. Minutes after his request he shared another post where he informed about getting the boy’s number and promised to do the best help he could do. “I can empathize with what they are going through. I hope you all can do the same”, read one of the excerpts from his story.  Also Read : The Great Khali Turns Off Comments On Insta After Netizens Go ROFLing All Over The Internet 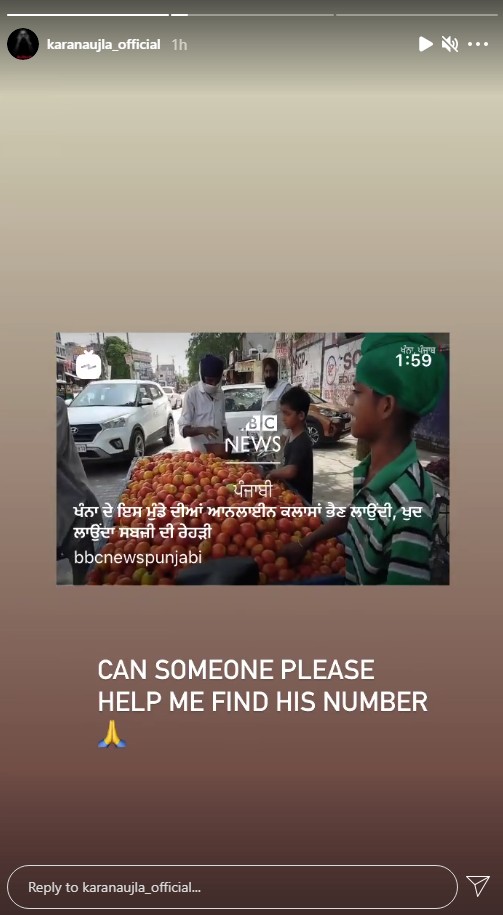 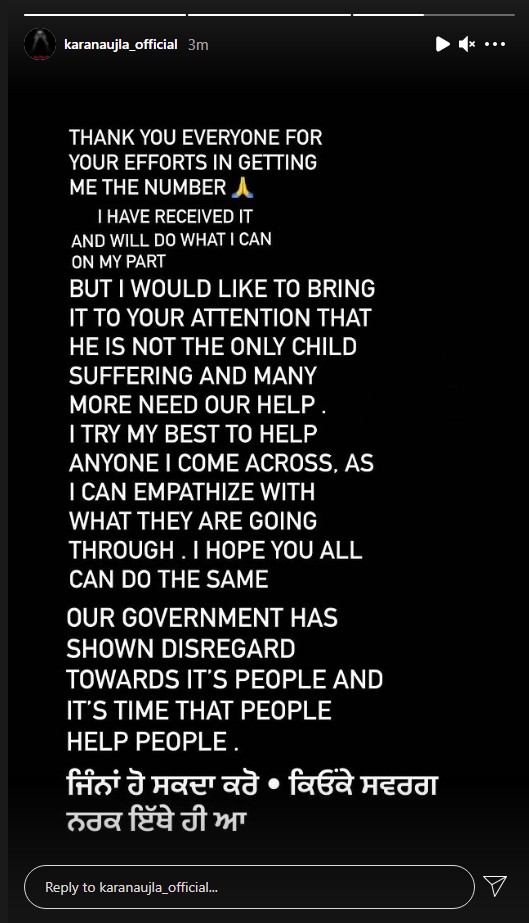