Legendary Indian athlete Milkha Singh got discharged from a private hospital on Sunday where he was undergoing treatment for COVID-19 infection where he continues to be on oxygen support. Now, reportedly, the 91-year-old was discharged in stable condition on the request of his family and his 82-year-old wife Nirmal Kaur had to be shifted to the Intensive Care Unit (ICU) on Saturday night due to increasing oxygen requirement. 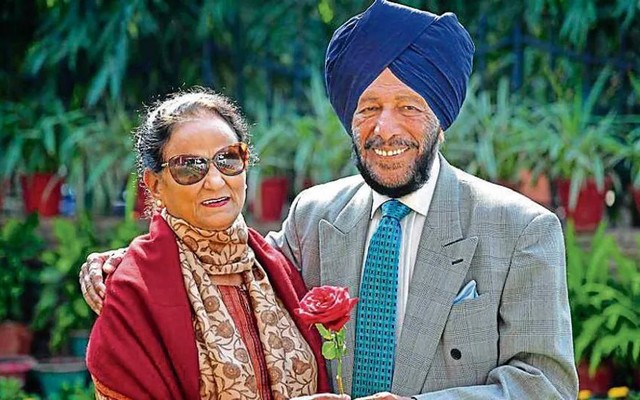 "On the request of the family, Mr Milkha Singh was discharged from the hospital today in a stable condition. He is on oxygen and nutritional support," the hospital authorities shared the update in an official statement. The hospital had earlier informed that they were being treated for COVID pneumonia. While the legendary athlete was admitted to the hospital on Monday, his wife was also admitted in the same hospital after she was tested positive for the highly contagious virus. Also Read : Here’s The Sarcastic Take Of Aman Sutdhar On The Ban Of Social Networking Sites In India!

Let us remind you the athlete champion was tested positive for Covid 19 on May 20 after which he was admitted to a private hospital in Mohali.

If reports were to believe the couple's son and ace golfer Jeev, flew down to Chandigarh from Dubai on Saturday while the golfer's elder sister, Mona Milkha Singh, who is a doctor in the United States had also reached Mohali a few days ago.