International Bodybuilder Jagdish Lad Passes Away Due To Covid 19

International bodybuilder and Mr. India fame Jagdish Lad passed away on Friday at the age of 34 in Baroda after being diagnosed with Covid 19. He is survived by his wife and a daughter. In his successful career he had won the ’Bharat Shri’ title. Reportedly, Jagdish was kept on oxygen support for the last four days in a hospital in Vadodra. 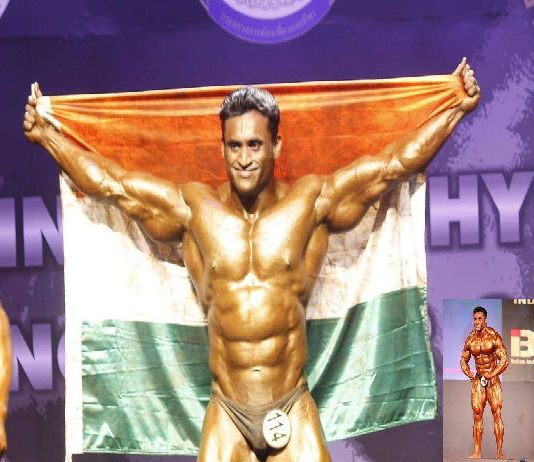 It has also been said that a few years back, he had moved from Navi Mumbai to Baroda after getting a job as a manager in a local gym. The international body builder hailed from Kundal village in Sangli district. He had also won a silver medal in the World Championship and a gold medal in the Mr India competition. Jagdish had represented Maharashtra in several national and international competitions. Also Read : Sad News: Chandro Tomar aka Shooter Dadi Passes Away at 89

Our heartiest condolences to the entire family on this grieve loss. May god give his family and friends immense strength to bear this loss.