Actor turned activist Deep Sidhu has been granted bail finally in the second case against him by the Tis Hazari court in Delhi on Monday by Reliever Metropolitan Magistrate Sahil Gupta. His second case was related to the violence on Republic Day during the tractor rally by farmers protesting against the new agricultural laws. The court state that Sidhu had already been in the police custody for 14 days and been in the custody for about 70 days where he had been interrogated. Calling his arrest, right after being granted bail in the first case related to the same incident, a “vicious and sinister action”, the court said it “amounts to playing fraud with the established criminal process.”

In its bail order, the court said that Sidhu's "further incarceration in the present case would bear no fruit and therefore would be unjustified." Sidhu was granted bail on a personal bond of Rs. 25,000 with one surety of like amount by the court. The court order read, "The accused has already been interrogated in PC for 14 days and has been in custody for about 70 days when he has been granted regular bail by Ld. ASJ on similar facts. Any further restraint upon his liberty would be neither logical nor legal. Hence, applicant/accused Sandeep Singh Sidhu @ Deep Sidhu is admitted to bail in case FIR No. 98/2021.." Also Read: Deep Sidhu Calls Arrest After Bail Against Constitutional Principles 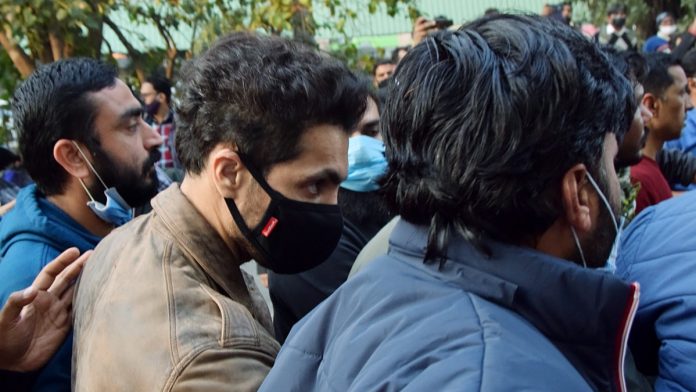 On the bail granted to Sidhu on April 17, the court said in its order, "The need and timing of the arrest is highly questionable because despite knowing that the accused has been lodged in JC since 09.02.2021, he was arrested only on 17.04.2021, when he was granted regular bail in FIR No.96/2021. This clearly suggests that it was an attempt to defeat the bail order dated 16.04.2021 of the Ld. ASJ and is a grave affront to personal liberty of the accused and runs foul of rights guaranteed under Article 21."

Sidhu was arrested in February from Karnal in Haryana by the Delhi Police Special Cell in the case concerning the violence that took place at Red Fort on January 26 during the farmers' tractor rally.

renowned flutist ravinder singh passes away at the...