Harvinder Riar, a well -known Punjabi journalist based in The US passed away on Mar 27, 2021. He was 50. The reason of his death is yet unknown but as per sources he suffered a cardiac arrest. He came to be known as an ace TV anchor with the popular program “Mudda” on JUS Punjabi TV for around 15 years and later started his own TV channel “Baaz”, over a year ago. He had also published a Punjabi newspaper “Reporter”. 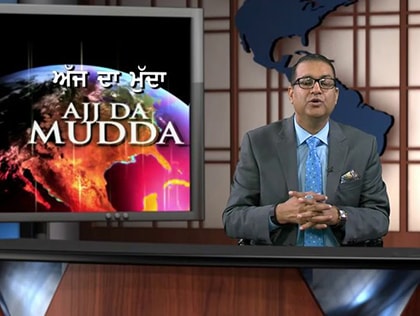 Harvinder started his journalism career through the Punjabi Tribune, a renowned newspaper based in Chandigarh. While working with the Tribune, he hosted countless cultural programmes across Punjab. He also presented the ‘’Punjabi Lashkara’’ program with Doordarshan Jalandhar and served the channel for more than 9 years. He also hosted programs such as ’Lokrang’, ‘Kavishar’ etc. After working with Raavi TV for 3 years. Also Read: Harsimran Oberoi's Take On How Tough It Is For A Fresher To Enter In The Industry!

harsimran oberois take on how tough it is for a fr...