Yesterday we told you that a complaint has been filed against Gurdas Maan by the Durja puja pandal committe Kolkata for not turning up for the performance as per commitment and now we hear that after the cancellation of his Kolkata show, another one of his shows had to be canceled owing to the ongoing controversy over the 'One Nation One Language' statement given by Maan during a radio show in Canada.

Gurdas Maan was to perform at a show on the Zirakpur-Ambala road on Sunday but after the organizers received threats, the show was canceled.

According to HT, organizer Navaldeep Singh said, “We had planned a two-day event and Maan was to perform on the second day. But on the first day, some unidentified persons came and created a ruckus and threatened us against holding the show. Fearing any law and order problem, we decided to call off the show.”

He further said that despite the massive security deployment, they decided to play it safe. “We didn’t want to take any risk as we were expecting a huge crowd and did not want any untoward incident,” he said.

He also added that they were planning to lodge a complaint with the police. “But later we withdrew the plan to avoid more controversy,” he said.

Punjabi singers like Gurnaam Bhullar, Jenny Johal and more were also scheduled to perform on Sunday along with Maan.

What is the controversy?

During an interview on a radio show in Canada, Maan came out in support of the 'One Nation One Language' idea which didn't go down well with the Punjabi diaspora and Maan has been facing immense criticism ever since. What added fuel to the fire was Maan's abusive language to one of the protestors during a live show which sparked anger amongst the people who seek apology from the Punjabi singer which has yet not been offered.

Also Read: Jazzy B Comments On Gurdas Maan Row, Says He Must Apologize!

During his radio show, Maan said: “When we listen to Hindi music, watch films and read Hindi literature, then there is nothing wrong in accepting Hindi." 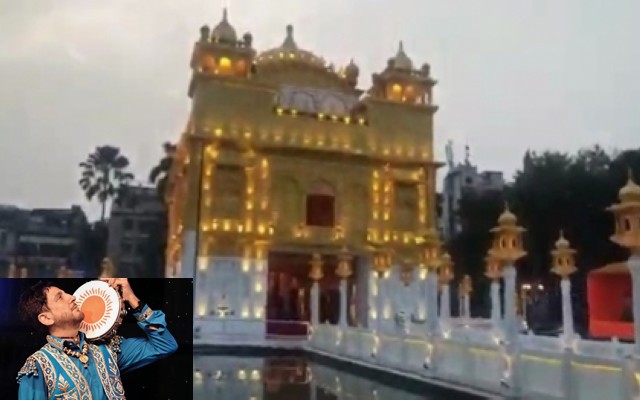