Synopsis: Mindo Taseeldarni is a movie that revolves around god knows what but there is a mumble jumble of stories that is even more confusing. Basically, there is no real story so we'll just skip the synopsis and move towards the review.

Review: Whenever a film is announced, from that very moment there are a certain amount of expectations built in the minds of the audiences as well as others who are related to this business. The title, the starcast and then the trailer, everything takes an individual's mind into a specific direction where a person has a preconceived notion about what he or she is going to witness in the full film. But what happens when suddenly everything that is expected from a film turns into a big hoax and one is left with no option but to repent the decision of buying the tickets of a film?

Well, it happened with us after Mindo Taseeldarni. The day this film's title got announced and Kavita Kaushik got the titular role, we thought that this one will be a female-centric film with a comic punch but a decent social message. But none of the film's elements had anything worth laughing at and social message ta door door tak ni disreha si kithe. This film starts in the most disappointing manner where one can easily make out that the money investing pockets haven't been very friendly.  The cheap production of the film turned us off and then the director took us on a journey which we had so not demanded.

Karamjit Anmol, who plays the elder cousin of Rajvir Jawanda in this film, is the son of Sardar Sohi. Rajvir is his cousin who is the son of Rupinder Rupi and Malkit Rauni. Isha Rikhi plays Rajvir's wife and Kavita Kaushik plays Karamjit's love interest. Basically, the film revolves around these characters.

Karamjit actually lies that he's got something cooking between him and Mindo Taseeldarni, just to buzz off those who keep taunting him for not getting a bride even at the age of 30 years. The man, who has never seen the lady himself, commits to his father that he will marry Mindo, whom none from the village have ever seen but yeah they fight over her nearly every day! (Bull crap)

Rajvir Jawanda, the younger cousin, is an army man and comes home for his wedding. In his wedding scenario, Karamjit and Kavita (Mindo) cross paths and the man falls for the pretty lady without knowing that she's the real Mindo. Throughout this wedding chunk, one can see Kavita behaving childishly and jumping here and there while laughing in the most unnatural way just to add more fun and energy to her character. Chalo ji, Isha Rikhi, the bride, gets married to the groom Rajvir and they come to his village and just a few days later Rajvir goes back to join his duties. Amidst this Karamjit comes to know about Mindo's real identity, who then turns up to his village for a government task and with all the ambassadors and blah blah, only reads one file and offers water to Karamjit just to leave everyone in a miff and go to her sister's house for a chaa da cup and pinniyan. (ethe uthke ajana chahida si par...)

Also Read: Kavita Kaushik Shocks Us With Her Anti-Binnu Dhillon Statement, Says She'll Not Work With Him Anymore!

Rajvir leaves and Karamjit is sent to Mindo's bunglow to offer her a peepa full of pinniyan and that's when both these actors chit chat and sing dreamy sequences. Later they find out that Rajvir's been martyred and then comes the chote bhra da bojh vadda bhra sambhu wali ultimate b*%ch*di and by then you also see Isha Rikhi 9 months pregnant. Oh, sorry we forgot Rajvir friend to tags along with him during his wedding and he's the one comes home with his bistra to tell his family about his death. The man, agitated by the zulam happening on the two love birds, goes single-handedly to China border with one gun and kills all momos wale Nepali on the way to ultimately land in China da jail where he sees his friend sitting and together they make a plan to go back to India through the same route. On the same way back, they again kill the next bunch of momos wale Nepalis (who pose as Chinese) and sit in the same jeep that his friend had parked on the road when he went to the Chinese border, to finally go home and reach right at the point when the vdde syane are going to put the pagg on the vdda bhra's head. (hae ve rabba chakk laaaaaa...ehni nonsense yaar hadh hogai)

Bus ji everything goes back to normal and Mindo gets married to her love Karamjit and yeah in all this you'll also see Isha Rikhi jumping in a neher and Rajvir saving her right when she's about to drown and then he stands in the neher to walk her out of it.

Ethe...we give a standing ovation to the Writer-Director of the film Avtar Singh for this masterpiece. You really need to be too lost to make such a film and my god, the man seems to have no clue about story writing or direction. Screenplay te baaki aspects ta chadd hee dende aa...qualify hee nahi krde for a mention.

Kavita Kaushik's character was further weakened due to her dubbed voice which did no justice to her personality nor her expressions. What a waste!

Music: The songs weren't bad but they were not situational. Rajvir's title track and a romantic number were okay but nothing wonderful in this album for sure.

Verdict: From prominent glycerine tears to a bunch of over actors, Mindo Taseeldarni was nothing more than a pain in the neck. A complete waste of time and money, this one is a very very bad film. 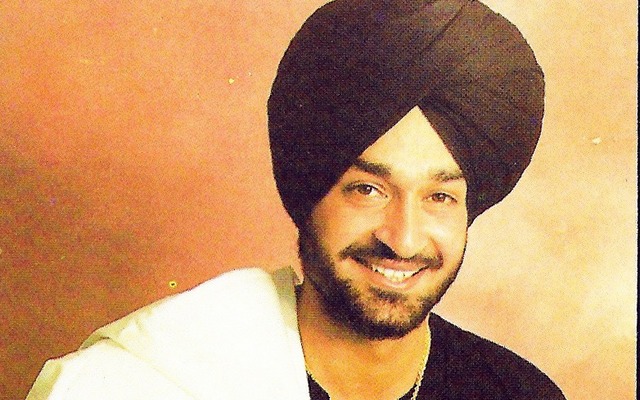 malkit singh had a secret tactic that won him sing... 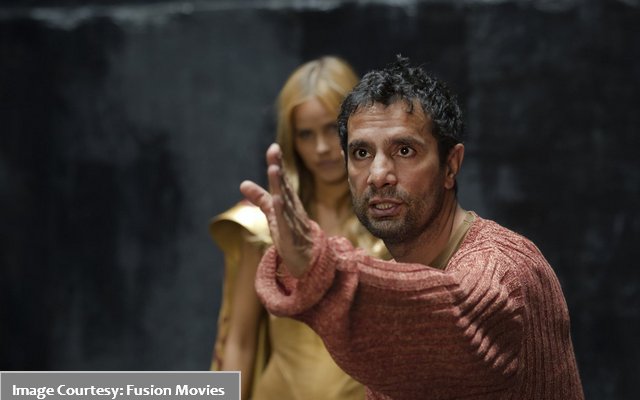