It all started one fine evening when a boy along with his friends was enjoying a gig at a local cafe. Suddenly, one of the friends walked up to the singer and requested him a few minutes to himself on the stage.

That singer responded gladly to his request and handed him the mic. The boy then took control of the microphone and held a guitar in his hand. Once the fingers of that boy started running through the strings of the guitar, it literally brought the café to a standstill. And his voice upon the cozy tunes of the guitar was the icing on the cake. As soon as that boy finished his performance, the crowd stood up in admiration. Upon asking, that boy introduced himself as ‘Gurnazar.’

The episode of that one evening was enough to give a kick to that young man. Gurnazar who till then was engaged and quite happy with his job of Skating Tutor decided to hang up his skating boots and pick up the guitar for good.

He soon created his own YouTube channel and started singing in cafes. He and his band of 7-members started performing in competitions and fests. It was at that time that his band participated in Channel V’s Nokia India fest launch Pad. The musical vibes brought out songs like ‘Izhaar’, ‘Pinjra’ and ‘Black and White’ from within him. Especially the song ‘Izhaar’ became his trademark song.

The young man from the city of Kurukshetra loves singing live more than in studios. According to him, cheer and appreciation bring out the best within him and this is the thing which pulls him back to the stage again to again. Even when he was a skating tutor and had no serious thoughts for music, he never found delivering a live performance difficult.

Also Read: Did You Know: Jassie Gill Was Duped Of 2.5 Lac By A 'Friend' From The Industry

Gurnazar always felt that if other people can, then why can’t he? And most importantly he tends to enjoy the live performance rather than being nervous about it and probably this is the reason why we get to see that marvelous amount of energy in his stage performances.

Have a message for Gurnazar? Write it in the comments section below! 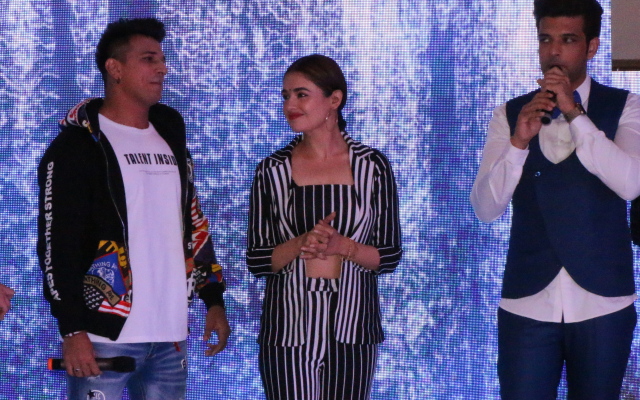