Nadhoo Khan Trailer Review: Starts With An Ugly Fart, But The Film Has Potential!

Upcoming Punjabi movie Nadhoo Khan is all set to release on 26th April 2019. The movie stars Harish Verma and Wamiqa Gabbi in lead roles. Other than the leading couple we see BN Sharma, Baninderjit Singh Bunny, Hobby Dhaliwal, Malkeet Rauni, Rupinder Rupi, Gurpreet Bhangu, Harinder Bhullar and many others in the movie. The movie is directed by Imran Sheikh and is written by Sukhjinder Singh Babbal. It is produced by Harpreet Singh Devgun, Achint Goel, Rakesh Dahiya and will release under the banner of Loud Road Films & Music Tym Production.

The trailer of the movie has released. Have a look at it and then read our review:

Review:  The movie is evidently a period film set up in the backdrop of the pre-partition era. The look of the film does give a deja vu of the hit film Angrej and some scenes look inspired by the film too.

From what we can see, Nadhoo Khan is a mix of romance and revenge. The film starts on a light note where we are introduced to a lazy fellow Nadhoo, played by Harish Verma, who falls in love with a girl, played by Wamiqa Gabbi. The comic first half seems to be badly edited in the trailer because it just doesn't leave an impact, even comically.

The second half shows the machoism in Harish's character which does remind of Aamir Khan's Dangal. Now, it will be worth seeing how well the actor has portrayed the wrestler onscreen and how convincing is the director's vision.

While the veterans are seen performing well, the trailer seems to be a little cringe-worthy. Amidst a beautiful love story, the sudden turn of events seem to be quite abrupt. Hoping that the movie would show more intricate details about Nadhoo Khan's life. This project does have the potential to stand out. We're just hoping that it lives up to our expectations. 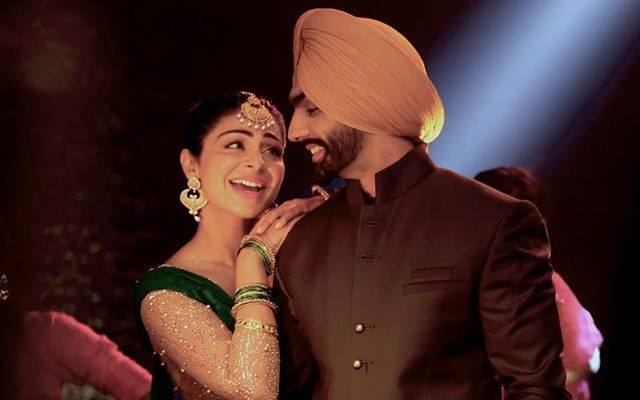