Beware: Your Eyes Might Fall Out After Seeing Gurleen Chopra's Latest Poolside Photos!

Gurleen Chopra, who has recently changed her name to Gurlen Siingh Chopraa, made our eyes pop with her scintillating photo shoot in two-piece swimwear. The actress who started off with Bindrakhia's 'Tu Ni Boldi' made her acting debut in Punjabi films with the 2008 release Hashar, opposite Babbu Maan.

Her pictures from a poolside photo shoot were pretty much a shocker for her Punjabi fans who had always seen her in suits or western dresses.

Talking about going bold for her photoshoot, Gurlen says, “I am a very fitness conscious person and have always been very comfortable with my body. I had never really done a full-fledged photoshoot wearing a bikini, so I thought of doing one this summer. I posted the pictures on Instagram and while I was comfortable doing the photoshoot, I was not sure how people would react to it as they had never really seen me in this kind of an avatar. To my surprise, the pictures went viral, one after another. My timeline has been bombarded with likes and comments and I could not have been happier.”

One after the other, the actress posted 3 back to back pictures of herself where she's seen posing next to a swimming pool. She does have a fit body though but we don't really know how this would go down with the Punjabi audiences who will watch her in the film 'Jaddi Sardar' this year.

“For me, fitness is a way of life. Of course, in today's’ day and age, an actor is required to be fit and look hot all the time but even before I became an actress being fit was a mantra I religiously followed. I think it is important to be healthy both mentally and physically.”

Also Read: We Bet You Remember How Bold Surveen Went For Her Bollywood Debut!

Well, looking at her pictures, we are sure that the actress is elated by the response she's getting and from what we know, she's even planning to do another photoshoot very soon. 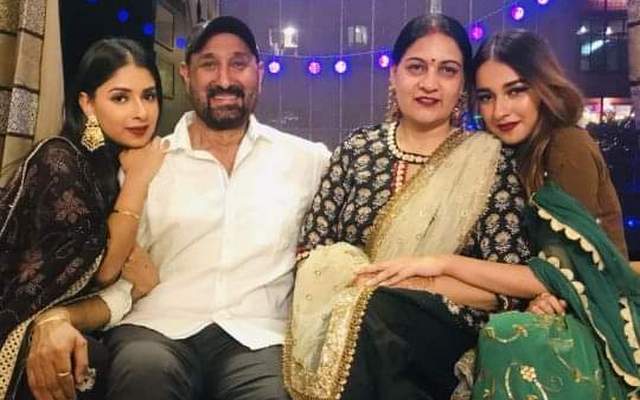