The Maan who is ruling the heart of many is finally back after a long time. Babbu Maan would soon be seen in Mushtaq Pasha‘s Banjara – The Truck Driver. The movie is all set to release on 7th December 2018. Other than Babbu Maan we would see Rana Ranbir, Shradha Arya, Sara Khatri, Jia Mustafa and Rana Ahluwalia in pivotal roles.  The story and screenplay are penned by Dheeraj Rattan and the music is given by Babbu Maan himself.

Talking about his comeback movie Banjara, we were pretty excited about the movie when we first told you about it.Three pictures of the truck driver’s license made us inquisitive about the story but after watching the trailer of the movie, our excitement levels have dropped. The storyline is evidently about 3 characters of Babbu Maan in different places and in different eras but the three stories told are love stories of the individual. A strong – compassionate lover teamed with different women in different places. They have shown the yesteryear in a rural village of Punjab, today’s story in modern Punjab and Chandigarh and another story setup in Canada.

Babbu Maan is back on screen after a long time. His triple role fascinates us but the makers could utilize this actor with such a humongous fan following with something more rich in content than just love stories. His image and the character in the film of the macho rightist rebellious man is relatable but the x factor seems to be missing from the script. The trailer primarily focuses on Babbu Maan and there are heavy dialogues to make Babbu Maan look like the super actor. The background score is by the man himself but it doesn’t impress much either.

This movie is surely for ardent fans of Babbu Maan. Others might find the trailer a product of clumsy writing because from what we can see, Babbu was burdened with too much to do. 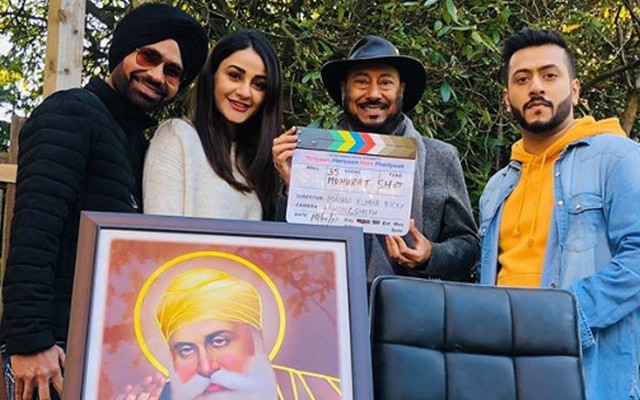