A new Punjabi film titled 'Shada' has just been announced and it will bring back the hit pair of Diljit Dosanjh and Neeru Bajwa back on the big screen after nearly 3 years.

The movie would be releasing on 24th May, 2019 and will be directed by Jagdeep Sidhu. This would be Jagdeep's second directorial venture. The movie is produced by Anurag Singh's Brat Films, hands in hands with A&A Advisors. 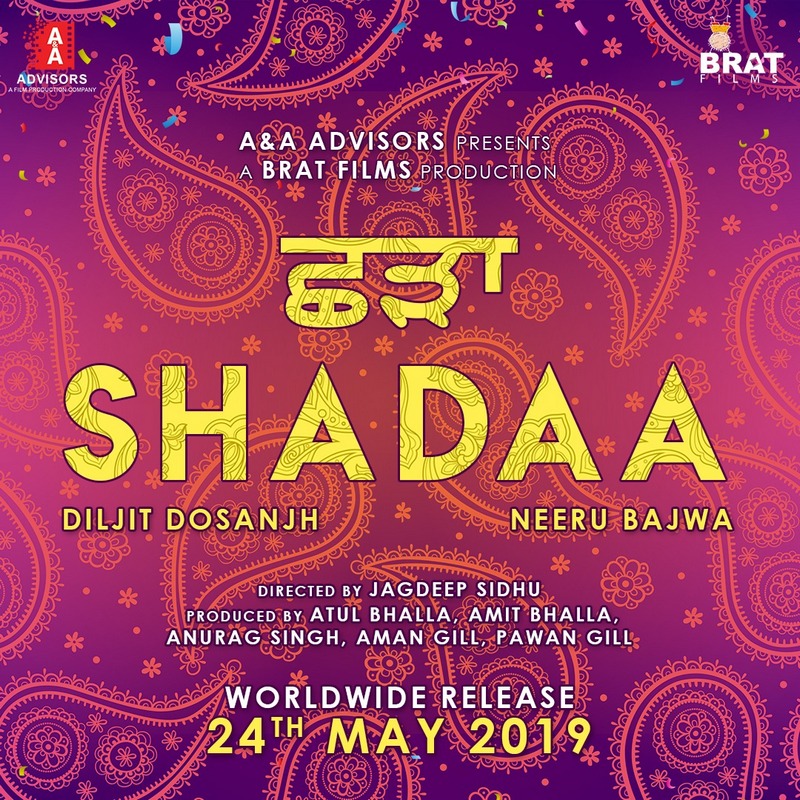 Diljit and Neeru were last seen in the song Raat Di Gedi which came last year. Their last film together was Sardaarji that released in 2015. While everyone thought that they will now be seen together in Jatt & Juliet 3, this one came as a big surprise.They have been giving  hits and it will be a pleasure to watch their chemistry onscreen again.

While talking to us, Director Jagdeep Sidhu disclosed, “The movie is a joyful ride about life. It is an entertaining rom-com that the audience would cherish watching. The shooting of the movie shall commence in first week of October and the team is all set for it."

youngistan 13 artists come together for a brand ne...