On a day the Supreme Court cleared the decks for the release of film 'Nanak Shah Fakir' on April 13, Chief Minister Amarinder Singh on Tuesday said no official intervention was needed in Punjab due to filmmaker's reported decision not to release it in the border state.

Amarinder Singh also denied media reports that the Punjab government had ordered a ban on the film's release.

"Any decision to ban the movie has become unnecessary in view of the filmmaker's decision against releasing it in Punjab," a government spokesperson quoted Amarinder Singh as saying in a statement here.

The Akal Takht on Monday announced a ban on the movie for allegedly hurting the religious sentiments of a section of the Sikh community over the portrayal of the first Sikh Guru as a living human being.

"The filmmakers in their petition in the Supreme Court clearly said that looking at the sensitivity of the issue and public sentiments involved, they had decided not to release it film in Punjab for the time being," the spokesperson said.

"... the Chief Minister said no action was required on his government's part at present. The state government will review the situation and take appropriate decision if it becomes necessary in the future," he added.

The Chief Minister said his government would take all possible steps, as and when deemed necessary, to ensure no disruption in law and order. Any attempt to vitiate peace in Punjab would be dealt with an iron hand, he said.

Amarinder Singh said he had taken note of the Akal Takht decision on the film.

"The Akali Takht decided to ban the movie amid protests by several Sikh organisations, who objected to the portrayal of Guru Nanak ji, saying any on-screen depiction of a Sikh Guru, or his family members, was against the tenets of Sikh religion. Projecting (on-screen) the Guru and his family in human form is offensive to the principles of Sikhi (Sikhism)," Amarinder Singh said.

The Chief Minister said that he was of the opinion that while authors and filmmakers had the freedom of creative expression, such freedom could not be allowed to hurt religious sensitivities of any community.

He appealed to Sikh organisations not to resort to violence or cause any damage to life and property in Punjab to express resentment against the movie.

chintoo bhosle confirmed reunion for a band of boy... 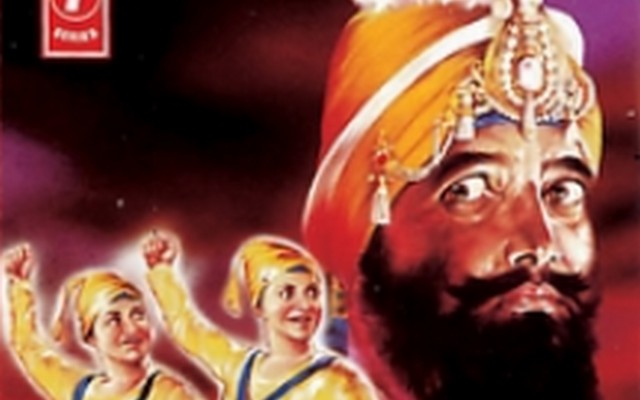