Sajjan Singh Rangroot Review: Those Who Tie Turbans Know How To Protect Them, The Dialogue Stayed With Us!

Storyline: This film is based on Sikh regiments that went to the front lines during the war between the British and Germans. Sajjan Singh and his fellow soldiers were deployed from the Lahore division to serve the Biritsh army at the war front under their leader Subedar Zorawar Singh.

Review: Some films make you feel proud of the fact that the makers are trying to go beyond financially set boundaries and explore newer horizons. Sajjan Singh Rangroot has definitely given us a high with its cinematography and off course the costumes. It starts in the present day and takes you back in time to the story of a man named Sajjan, who is the son of a British servant. The man pleads for a job for his son and that's how Sajjan gets into the Indian British Army. What follows is Sajjan's tryst with the hardships of being an army personnel and his trainings. The first half of the film keeps you hooked because of a transition in stories. From Sajjan's family life to his army life and then his love angle, one feels entertained. Even his selection and confrontation with the notorious British soldiers shook some emotions inside us. The feeling of aww when Sajjan is asked out for a coffee date isn't to be missed. The second half of the movie is mostly about war and people dying. It touches upon various shades of Britishers and their wrong doings to the Sikh soldiers. From partiality in meals to them being subjected to misbehaviour by the fellow British soldiers,  each factor is subtly brushed upon.

Diljit has played his part well. A young guy from rural Punjab, who enters British service because of his father and then fights till his last breathe, Diljit fitted well in his role. Yograj Singh has also carried his character aptly. Actors like Jagjeet Sandhu and Dheeraj Kumar show how effortless some actors are and they should be given a pat on the back for their performances. Jarnail Singh has also stood out and has added clever humour in the film.

Negatives: The opening scene where we saw Khalsa Aid coming into the frame turned out to be a disappointment. An organisation of such high stature should not have been involved in a commercial project like this. This organisation is way too respectful to feature in commercial projects and we think that it was a bad move to come on screen like this. Diljit's opening scene comes where he's seen sitting amongst a group of people who are listening to a patriotic leader. He shares ideas and gets a worthy notice. His reason for entering the army is that he has to induce the feeling of national freedom in his fellow soldiers, so as to bring in a revolution and throw the British out of India, but nowhere after that is he seen talking about any of this. Only when he's scared or worried does he blurt out words like 'saade dulley khoon da koi mul vi pauga' and 'sanu azadi milegi na'. In fact, these dialogues made his character look intimidated.

Sunanda Sharma was a turn off in the film and probably because she was a little too smiley faced in a film that was going on a serious pace. One thing for sure, she needs to get rid of her one eyebrow raising expression..it works in her songs probably but in films, she needs to be more expressive. Not happy with her performance for sure.

The VFX of the film were very noticeable at some points. The scene where Sajjan picks up Dheera on his back to get him medical aid is a big disappointment because the director has shown only Sajjan being a concerned ally while the rest are looking at him and simply dancing, celebrating their win. No ones helping? Why?

A very serious MISS in the film is bonding. The director has missed out completely on the bonding factor between Sajjan and his parents, Sajjan and his fellow mates, Sajjan and Jeeti and as a matter of fact every character in the film. It is bonding which makes the audience get connected to each character of the film and thus live his story. Unfortunately, the death of none of them could make us weep because somehow we were not given a moment of soldering with the character.

Music: Songs were basically apt only when one is watching the film. I don't think that one can listen to them otherwise.

Direction: Pankaj Batra has done a good job in showcasing Hollywood style war scenes and framing but he has definitely missed out on the character building in the film. Actually, dunno why but the film has been encircled around just Sajjan jadki isnu hor bht vdhiya treeke naal drshaya ja skda si, it could have been made with a diverse outlook.

Production: The producers have invested quite a sum in the film and it is evident on the screen. From sets to the costumes and offcourse the side actors, money invested definitely shows. One thing that bothers us always is bad dubbing. Hannah's dubbing is pathetic, I mean why couldn't they get a British girl for her atleast it could have saved many from the fake accent by a Punjabi dubbing artist.

Verdict: The film is definitely not for kids because there's a lot of war, fighting and guns but yes, Sajjan Singh Rangroot is a film worth seeing because it is made at a good level and such films should be watched and appreciated because of the efforts that put into them. Such films help in upgrading the level of Punjabi movie makers. 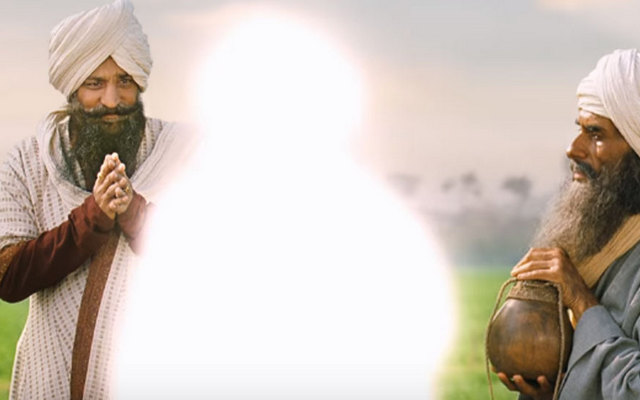 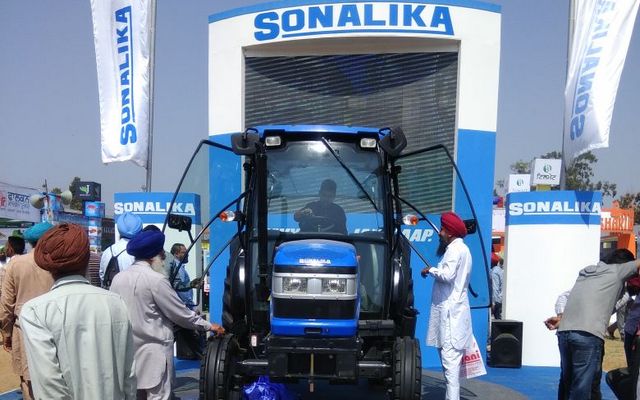