Kaleerein, Zee TV's new show, is based on the premise of why a girl is expected to forget her personality, like and dislikes and change everything about her in order to fit into a new family. It is the story of Meera, a small-town girl from Punjab, who chooses to assert her individuality against the reality of bride-grooming schools that are mushrooming all over Punjab – schools that prescribe a bucket-list of must-have qualities for a bride to land the perfect groom.

A free-spirited girl who wants to live life on her own terms, Meera values her uniqueness and is in search of a suitor who will accept her for the person she truly is. In keeping with its brand philosophy “Aaj Likhenge Kal (We will write our tomorrows today),” Zee TV continues to provide a glimpse into the life and aspirations of the common man and the stereotypes they break to shape an extraordinary tomorrow. Co-produced by Nikhil Sinha and Priya Mishra of Triangle Films, it went on air from Feb. 5 on weekdays.

Recently, a few scenes for this TV serial were shot in the royal city of Patiala. This serial is set up in Patiala. Besides the busy streets and market place of the city, the famous Gurduwara Dukhniwaran Sahib was used as backdrop to shoot the opening sequences of the show in January. Some bit of Chandigarh and its airport were also used as shooting locales for the 15 day outdoor shooting schedule of the show.

Making her debut as Meera is the debutante Aditi Sharma, while popular actor Arjit Taneja is the male protagonist of the show. Though both the actors are Punjabis were are basically from Delhi and had little exposure to real Punjab previously.

While talking to TOI Aditi said, "Being a Punjabi, and shooting in the real location of Punjab in my debut show was a blessing. The shoot in Punjab, though hectic due to deadlines and dates, felt like all of us are on a vacation!"

On the other hand Arjit Taneja, the lead actor who plays the snooty Vivaan Kapoor said, "I had never been to Patiala and other parts of Punjab in my life. So, I was keenly looking forward to this outdoor schedule. Shooting at real locations like Punjab Ke khet and especially in winters when it's very foggy and chilly was mesmerizing. The whole crew was binging on sweets, Gaane ka juice and lassi."

did you know gurdas mann once played subedar jogin... 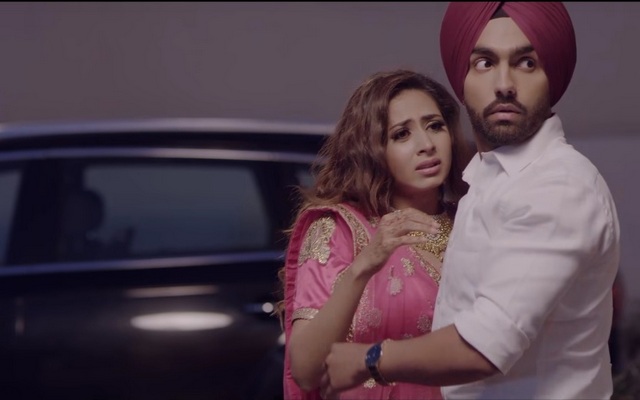