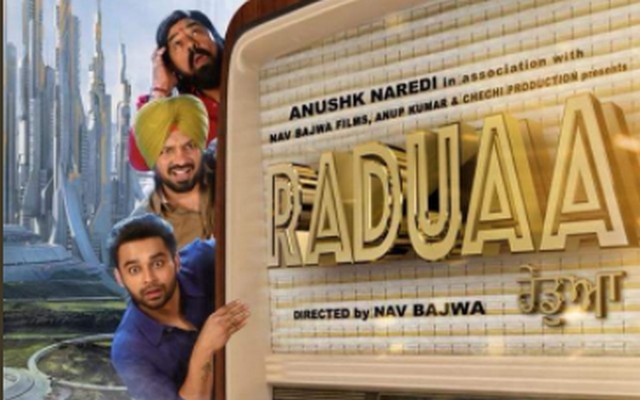 Storyline: Raduaa is based upon the story of an MSc IT degree holder and his invention which accidently leads to time travel by him and his friends, and his landlady. They reach 1955 and then an array of events take place, that's what the film is about.

Review: How many times does it happen that you expect 0% from a film and ultimately you leave the theatre smiling and saying 'What a silly film'?

Well, Raduaa happens to be one of those few films that I enjoyed watching..wondering why?? Can't blame you but Punjabi Cinema that is repeatedly showing the same kind of stuff to audiences like me. After a loooooong time, Ive watched something that is present day, no matter how badly this film was made, it still brought me back to reality and made me realise that all this time, I was only watching the same kind of stuff.

Kudos to the team for atleast trying something new. Chalo, talking about the film's technicalities and all that, I believe that a film that left me and my family happy is a film that I would want to talk about. Raduaa is one of those films that made me enter the theatre with no expectations at all but Nav Bajwa, Gurpreet Ghuggi and BN Sharma worked well for me and I was happy that I've watched it.

The story is sci-fi and obviously not believable but yaar ki fark painda hai...pta hee hai ke film bnai hee ese maksad naal gai hai. Though many actors have been saying that their film is for 'kids' but I think if you really want your kids to have a good time while watching a film, then this is the one.

Negatives: The biggest negative in this film is the VFX. The technical team is probably amateur which is why we can totally see the chroma shots going haywire..bechare actors de face hee udgae si chroma krke. Satinder Satti, though tried hard, but could not stop us from noticing that she's not a good actor. Her make up was also over the top...zyada hee thapeya peya si muh.

The actress opposite Nav was shabby in the song 'Sohneyo'..her hair was OMG! In the rural get up she looked promising. Bad dialogue sync, misses and improper execution is pretty noticeable. Gaane vi zabardasti pae hoe ne and I didn't even like the remade version of Sohneyo..frankly the original was way better. The background score also reminded me of 'Chennai Express' but chalo chado..ki kahiye hun.

Nav Bajwa's direction definitely needs a lot more experience but for a start..let's just say it was ok.

Verdict: Raduaa is a complete 'leave your brain at home' sci-fi comedy which is recommended especially for those parents who don't want their kids to get bored by watching Punjabi period films and are looking for an option. Definitely not recommended for quality cinema lovers.

Rating: 2.5/5 (wanted to give less but gave some extra points to this team for having the gutts to break the niche and try something new) 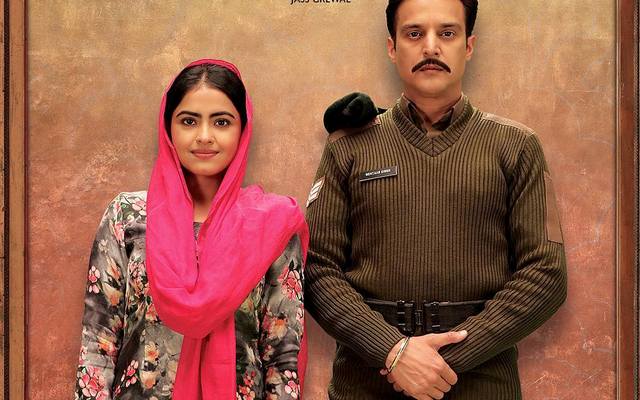