Saab Bahadar Film Review : A Thriller With No Story, No Entertainment And Simply No Thrill!

Amrit Raj Chadha's 'Saab Bahadar' is the story of multiple murders in a week and how a team of Punjab Police personnels manage to solve the case.

'Experiment' is what he called it when we asked Ammy about this movie and I guess that sometimes experiments do turn out to be a disappointment. 'Saab Bahadur', a so called suspense thriller, saw a release on 26 May but couldn't pull a lot of traffic to the theatres.

The film revolves around a Punjab Police officer who is, throughout the movie, called as Saab Bahadar and everytime he enters or leaves the frame, there's a 90's music in the background to give him THE Policewala effect, but it really doesn't spark any enthusiasm in the audience. He has a team of four including Jaswinder Bhalla, who is also an astrologer besides being the munshi (thaney di maa) and Rana Ranbir, who is also Saab Bahadar's friend.

Unrealistic, though could be true in villages, is the fact that in this film the police chownki is inside a house, the owner of which is a woman and her daughter. The daughter's character is played by debutante actress Preet Kamal. She is shown to be a loud and unfriendly kind of person who is against the chownki inside her house but Jaswinder Bhalla (her mamaji) keeps convincing the mother-daughter duo that according to the vaastu of their house, the place will surely see a khaaki wardi person as a tenant in it, so why get rid of the police who are atleast paying them 1200/- every month!

Coming to where we assumed the thrill would start was a point in the movie when a marriage function takes place. A set of murders happen and the team of these 4 officers starts their 'tapdeesh' in a (not so) thrilling manner, so much so that their first crack comes from an old blind man. (DUH)

By the mid of the movie, you are sure to have yawned atleast 15 times and as soon as the lights switch on for people to take a break and munch some popcorns, you might hear a voice from over your shoulder (yawning and saying) 'Kya bakwaas movie hai yaar'. It'll make you giggle that you're not the only one whose yawning like a baby.

As actors, each one of them have put in their best but somehow the story stands as the weakest point in the movie. Unwanted characters and deceptive screenplay will make you feel cheated towards the end. The sad part is that this story is written by Jass Grewal, a man whose stories are looked upon as a must watch but alas!

This films songs were scarce and so was Preet Kamal's presence in it. You might scratch your head to really understand her placement in the bleak character given to her and after 3-4 scenes, you'll just not see her anywhere. Her character's importance goes further down the drain when, in the end, Ammy is seen dreaming about an all together different girl (Nimrat  Khaira).

Overall, Saab Bahadar is one experiment that proved to be a bad one, atleast for us. There was simply no thrill, no story and no entertainment and ultimately there'll be a guilt inside you when you walk out of the theatre after 3 hours that you could have watched 'Sachin: A Billion Dreams' instead. 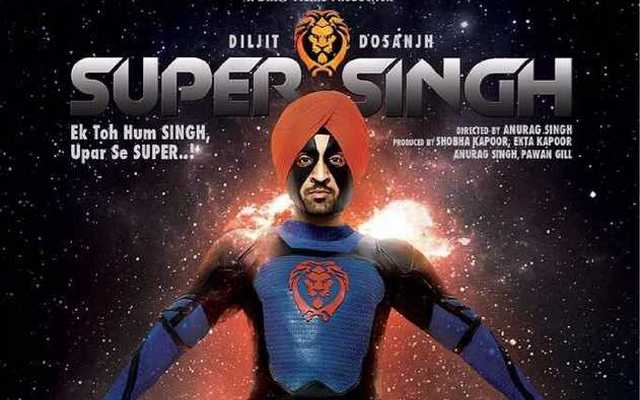