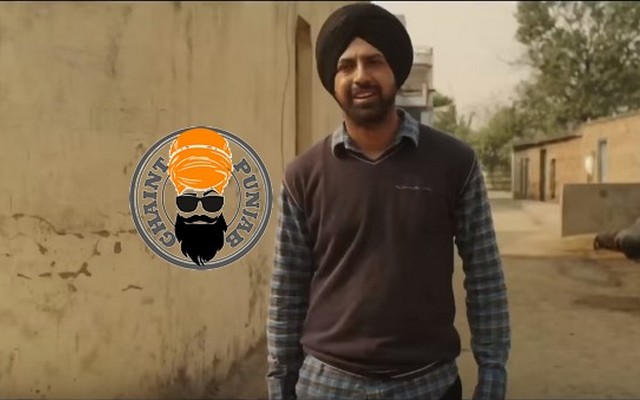 Last night I saw Ardaas and trust me when I say that a lot has changed inside me after watching this masterpiece.
Ardaas, as the name suggests is about the many prayers we make to the Supreme strength which controls the world. This movie shows the prayers and circumstances of those living in rural Punjab.
The movie started with Gurpreet Ghuggi's story and ended with his story too! Well...don't be surprised...it's his story that has a lot of other stories woven in it, you'll get to know when you see the film.
You've been reading time and again about what Ardaas as movie represents so I don't want to repeat it but yes I certainly want to congratulate each one from the film who has worked tremendously for it, especially the following names:

Gippy Grewal - As a director this is his first film and he has passed with flying colours. With Ardaas, Gippy has actually left many directorial names in the Punjabi industry far far behind.
The story, the screenplay and the emotion behind the film is virgin enough for anyone to feel that it has been inspired from somewhere or have a feeling that I've seen this scene in some other movie. Ardaas is made with all his heart and it shows.I hope to see more movies made under his direction.

Gurpreet Ghuggi - What a performer! I have seen Gurpreet Ghuggi in his comedy avatar too but I guess this one will be remembered for a lifetime. His dialogue delivery, his expressions and the way he has imbibed the character is amazing. At no point does he make you feel that he's just playing that role and it's not him.
Ammy Virk - This guy will soon be amongst the top selling actors in the industry. His body language, his cuteness and his powerful voice has made him stand out as a great actor. This film shows his loud side but he has done as much justice to his character named Aasi , as possible. I feel that no one else could have done it better.
Rana Ranbir - From the film's dialogues to his own character as lottery, Rana Ranbir deserves a standing ovation. I am so impressed that if would have met him after the movie then I could jumped over him with appreciation but lucky him that we didn't meet..haha! The dialogues are so appropriate to every situation that something inside you stirs the long hidden emotions.
Sardar Sohi - Bowled over by his dialogue delivery! Not many from the industry can do what he does. His presence in the film made me smile. A special mention of the scene should be made here when he hugs his son and dances happily when he gets his lost thing back. You'll know when you'll see this scene in the film that he has done a fantabulous job.
Karamjit Anmol - Though many may say that they have seen him doing such a character earlier but I'll say that he's not been this wonderful before. Karamjit has fitted in his character with much ease and that's the beauty of experience. He plays a shopkeeper and his dialogues at all points in the film make one laugh while understanding the hints he is trying to convey..bura na mani gal aa ik.
Mithu - A very strong performer and has carried his role extremely well. This little actor has stood strong in the film and at no point has he looked left or right while delivering his dialogues. I loved his acting and he sure will bag many films after Ardaas.
BN Sharma - As a retired army officer, he bowled me over with his performance. In this film he just doesn't try to be funny but his character is so well designed that at some points he does make you laugh.
Mandy and Isha Rikhi - Both the actresses have played their parts well. Isha plays Ammy Virk's love interest while Mandy plays Mithu's mother. Both of them have expressed their emotions pretty well and Mandy looks lovely as a rural woman.
Harinder Bhullar - As a farlo teacher he has done a great job and stays true to his character till the end. His character reminded me of my school days when our teachers used to leave the school making a promise to come back in time for the class. We see a lot such teachers especially in government schools.
Meher Vij - Very nicely played character Bani. Meher looks pretty as a rural woman and plays Gurpreet Ghuggi's wife in the film. The Gurbani verses delivered by her are so clean and well done that somewhere within, you get your own questions answered. Well done!
Zora Randhawa - Fits aptly in his druggy character. His debut in this movie is worthy of a mention because being a first timer he doesn't fail to impress.
Pushpinder Singh, Aman Khatkar and Aditya Singh - These three producers deserve a pat on the back for having faith in this film. Not many have the guts to support such projects. Kudos to the producers.
Finally I'd say that even if there's not a special mention of certain names, each one deserves a standing ovation because this film is simply par excellence. One cannot describe the feeling in words and neither will I try.

The tremendous response that this film has generated shows that people want meaningful cinema to be made. They want to see good movies and wait for unexplored subjects.

I feel enlightened after watching Ardaas and seriously much more closer to my own self after realising that Satnam Waheguru is inside me too!