Mike Vogel feels his show "The Brave", which brings the complex world of military heroes on the small screen, is very relevant in today's "complicated world". The American actor hopes it puts pressure on people to avoid "violent and military conflicts".

"The Brave" is about military heroes who make personal sacrifices while executing the most challenging and dangerous missions behind enemy lines. The show airs in India on AXN.

"I think the show is relevant in today's time because we are not (just) catching terrorists (every) week... There are a lot of bad dudes doing a lot of bad things (in the world). We are chasing arms dealers, we are chasing down people dealing in sexual slavery.

"It is a very complicated world and what is relevant about it is that it is not an America-centric show," Vogel, 38, told  over phone from New Mexico.

"In the first season, we are in five different continents around the world and some are in countries where working with the intelligence unit and the military unit in that country help them accomplish the mission. I think that is very accurate and reminiscent of what is happening in the current climate today... Much more than ever before, different governments are having to share the mission and go for joint operations."

Vogel is hopeful the show will put "pressure on people around the world to avoid violent and military conflicts in the first place".

The show's narrative will take the cast to different places. Will the cast also head to India?

"I don't know yet... We have been in seven different countries (till now) and India is not one of them yet. But we don't know where our writers are taking it," added the actor, who entered showbiz in 2001 with TV series "Grounded For Life".

Taking a break from talking about the show, Vogel reflected on his love for India, and how he is waiting for a chance to get to the country to soak in the "friendly" vibes.

"I was supposed to visit Mumbai last year with a friend of mine. I had work, so I couldn't go. I am dying to go. It seems that they are very friendly and welcoming folks," he said.

Vogel started his career as a model and gradually navigated his way on to the small as well as the big screen. His resume includes projects like "The Texas Chainsaw Massacre", "The Sisterhood of the Traveling Pants", "Grind", "Poseidon", "Blue Valentine", "The Help", "Bates Motel", "Cloverfield" and "Under the Dome".

The actor is happy to see the diversity wave in the West.

"The world has become a lot more diverse... Cultures around the world (are) kind of mixing and making a beautiful collage and the entertainment (world) needs to accurately portray that."

Plugged in the diverse aspect of his show "The Brave", he said: "That is what I liked about the show. It is a great platform to show that military (works) throughout the year. Military in the US was made almost entirely of immigrants who had come to the US from various countries ... The military in a lot of ways is trailblazing."

On the work front, Vogel says "The Brave" will keep him "busy for a while". 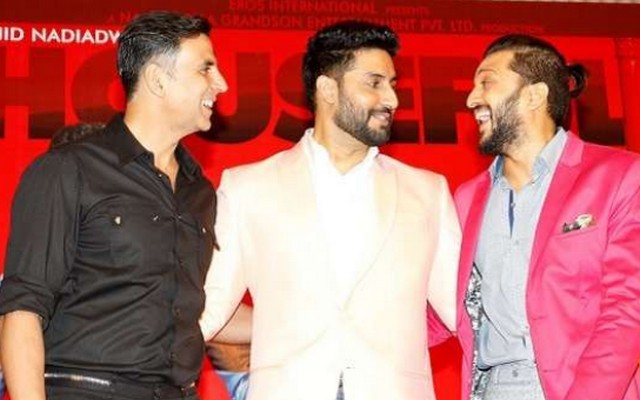