Music Has Power To Start A Revolution: Raghu Dixit

Singer-composer Raghu Dixit says music has the power to bring people together, inspire them and start a revolution.

When Dixit goes behind the microphone, he not only sings in Hindi but other languages like Kannada and Telugu as well. But sometimes artistes get slammed for performing in languages other than Hindi.

Commenting on this, the "Hey Bhagwan" hitmaker told IANS in an email interview: "Only people with closed minds can criticise for singing in languages they don't understand. Music has no barriers like every other art form."

"Art/music should bring people of different cultures and languages together, not divide them. Music has the power to bring people together, inspire a population and start a revolution. Sadly, people with minuscule minds and hearts cannot enjoy the beauty of such a divine art form. It is really their misery," added Dixit, who has composed songs for actor Saif Ali Khan's latest film "Chef".

"Shugal laga le" is a very happy and fun song. What all went into making it?

"'Shugal laga le' was the song Raja Krishna Menon (director) called me for. He gave me the reference of my own song 'Jag changa' and said he wanted that contemporary acoustic folk music that I naturally do," he said.

For the composer, who has worked on films like "Bewakoofiyaan" and "Mujhse Fraaandship Karoge", teaming up with Menon for "Chef" was probably "the best experience I have had among all the films I have worked on in my career".

The two have quite a few things in common.

"Menon has the same intensity and passion for his work as much as I have for mine. Both are uncompromising and unrelenting towards our work. Our sensibilities are very similar and even ideas about life in general are similar. We really hit it off, I must say," he said.

He composed only one option for each of the songs except for "Banjara".

"All the tunes were approved in one shot. I took time to get clarity on 'Banjara' -- I composed three tunes and Raja kept shooting down all of them. One day, I sent him an old crude jam session of my band, recorded on my phone, and even wickedly labelled it 'last option'. Fortunately, that worked," said the frontman of the contemporary Indian folk band The Raghu Dixit Project.

"Banjara" was sung by singer-composer Vishal Dadlani. Was it relatively difficult to work with him as he is a composer as well?

"Vishal has been a friend for many years now. It was, in fact, Vishal and Shekhar who launched my first album through their own record label just when I was about to give up music when all record labels had rejected me over several years," said Dixit.

"Since then, Vishal and Shekhar have always supported me in my musical journey and have helped me whenever I needed it. Vishal had already sung for me in 'Bewakoofiyaan' and also for a Kannada movie. 'Banjara' is the fourth song that he has sung for me. Vishal and Shekhar are like brothers to me and provided the life boat when I needed it the most," said Dixit. 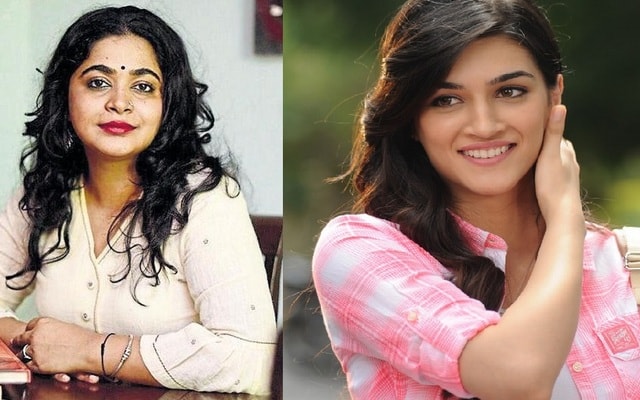