Nirmal Rishi, the National Sangeet Natak Academy award winner, has lifted many movies solely on her shoulders and made you sit through even the bad ones just because her performance in them was exceptional. Born in 1943 in a Gurjar family in the village Khiva Kalan of Mansa district, Nirmal's father was Sarpanch Baldev Krishan Rishi and mother was Bachni Devi. She was very passionate about theatre right from her school days.

Nirmal Rishi is one actress who has been in the industry through thick and thin. She has witnessed Punjabi industry grow from the ashes. Although there were downfalls too but now, she is one actor without whom a Punjabi film is definitely incomplete.

She is now encountering the renaissance period of that Punjabi film industry which, at one point of time, had left her with nothing on her platter, in terms of projects. She has seen dearth of work and now by God’s grace and her talent, she has many movies in her kitty. Time has changed and now she is the one rejecting film offers because she simply has NO TIME !

A humble and polite lady who is extremely grateful to the almighty and is absolutely committed towards her work, Nirmal Rishi is a complete contrast to her on screen image.

She has been getting many awards but is she getting rewards for all her hardwork??

We have always seen people cribbing about that Punjabi industry isn’t a  great pay master. We wanted to ask this senior actress about the same and also wanted to know how time has changed for her and the industry. She has revealed some stark facts about the industry in clear cut words

P.S: There is no sugarcoating at all!

How do you think the Punjabi industry has changed over the years?

I have seen the industry for the longest time; from times when Punjabi movies started and people loved them and later how the era went away and then it's rebirth. The senseless comedy film trend that came in the 2000s  made audiences lose interest in Punjabi films but some enthusiastic makers came to the rescue, who are now making subject oriented movies. These subject oriented movies are being appreciated across the globe and they are leaving a mark too. I definitely think that this is the golden period of Punjabi Cinema.

You have constantly been offered similar kind of roles in Punjabi movies. Why is there a lack of experiment with your roles?

Punjabi makers  have stereotyped me through a particular type of character. I feel that they aren’t too experimental with my roles because they find me best in that role and they don’t want me to try anything else. I personally would love to change my image but then the makers need to offer something different to me. I say yes to the roles I am offered because I love working and I am very passionate about it. I would love to do any role that is offered to me but would be happier if the role is different than what the audience has seen me doing before.

What kind of roles would you love to do?

I have been stereotyped in the role of the woman who is loud mouthed and taunting and would love to do a role other than that. Older woman who are peaceful in nature would be the kind of role I would love to do instead of the cunning, tormenting woman which I have been playing over the years.

You are there in most of the movies these days, which movies do you personally prefer doing?

I strongly believe that cinema is a medium through which a message can reach to masses hence I love doing movies which have a social message in them and people can relate to it. Such movies can change a lot in the society. The kind of writers who have the calibre of writing such films in present day Punjabi Cinema are Jas Grewal and Amberdeep Singh.

Also in my opinion, makers are still fabricating subjects based on the dark phases of Punjab's history. I think those chapters of history have hurt a lot of souls and have given many the worst kind of wounds which cannot be healed, and making stories based on them scrapes the wounds even more. I think makers need to move on and refrain from projecting those stories.

There surely was a rough phase when the Punjabi industry had gone down and many artistes were left jobless. But I kept pursuing my passion by regularly performing theatre. I just couldn’t stop pursuing this profession because it runs in my blood. I had taken up a job and was Head of a college's physical education department but still my connection with theatre was always intact.

In today's era, when so many movies are being made, why are theatre artiste still jobless?

This has been a very sad case in Punjabi industry. I personally feel sorry for theatre artistes who have been going through this. They are so talented, have worked so hard and have even got a degree after practicing and studying theatre for 2-3 years yet they aren’t getting work. The makers in Punjabi Cinema have been casting same actors over and over again, they aren’t experimental in casting and hence the real talent gets left out. The ones who have been getting work are doing extremely well and makers should learn from that.

I feel downhearted when it comes to monetary rewards, they are still minimalistic. The makers are ready to shed crores for the lead cast but when it comes to us, they've got peanuts to offer. We work harder and lift the movie up, everyone talks about us but who talks about our payscale??

I would really want to communicate this to the makers that if you can pay so much to the lead artiste adn to us so little then there is just no need to cast veterans at all.

There is another untold fact about the industry that shows it's ugly side. The middle men of the production houses are the culprits. They get us casted in the movie and take their cuts from what is bound to be paid to us. The bit and cuts that go in their pockets surely pinches me. Also, often veterans like us have to keep follwoing up with the production team for clearing our dues. I personally find it very shallow and I have also faced makers who never cleared my dues.

This is the scenario of senior actors like us in Punjabi industry and the true picture of the monetary rewards here.

Have you been getting offers from Bollwyood? What made you say yes to doing a oneliner role in Dangal?

Yes, I have been offered roles in Bollywood. Thanks to Punjabi movies which are getting screens in Mumbai, our work is being seen by the makers in Bollywood. The roles I have been getting are great but due to my age, I have to say no to those projects. I have tight schedules in Punjab and hardly get time for myself in here, that's why I don’t sign Bollywood movies. I am not greedy for money, I am pretty satisfied with what I have and would love to do the little work that my body allows me to do.

My role in Dangal was supposed to have more dialogues and screen time but probably it got cut short on the editing table.

How does it feel to be so busy?

It feels great to be busy with what you love doing. I am blessed that even at this age, I am working with full fervour.

Nirmal Rishi is surely defying the age barrier and we truly love watching her on screen. Her stark revelations in the interview made us feel sad about the state of these veterans in the Punjabi industry and we hope that the scenario changes for good. 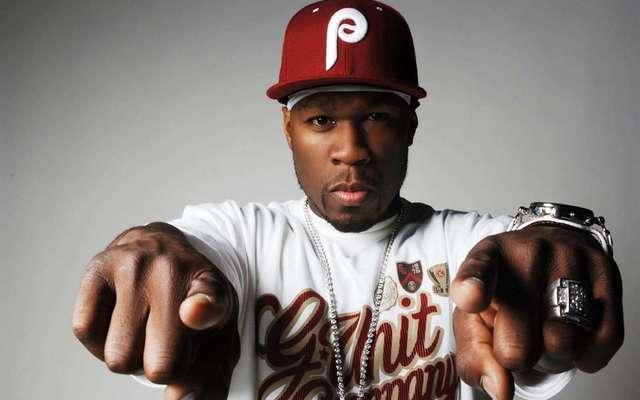