Actress Taapsee Pannu, known for her strong and powerful roles on the silver screen, on Wednesday defended herself over social media in a quirky way after being slammed by a follower for wearing a bikini in her upcoming film "Judwaa 2".

Taapsee shared two photographs of herself on Twitter to promote new song "Aa toh sahi". Alongside the images, the "Pink" star wrote: "When you are against the tide, it's you who needs to stand up for yourself… But don't forget the smile. ‘Judwaa 2'. ‘Aa Toh Sahi'."

"When you are against the tide, it's YOU who needs to stand up for yourself......But don't forget the smile ??" #Judwaa2 #AaTohSahi pic.twitter.com/qIimdBSkHY

"In our country, we have freedom of expression, so why don't you remove the remaining clothes also. Your brother must be feeling proud of you after watching this."
In response to that, Taapsee wrote: "Sorry, Bhai hai nahi varna pakka puch ke bataati. Abhi ke liye behen ka answer chalega (Sorry I don't have a brother, otherwise I would've asked him and told you. But for now, a sister's reply will work)?"

Taapsee will next be seen in "Judwaa 2", directed by David Dhawan. It also features Varun Dhawan and Jacqueline Fernandez. The film will release on September 29. 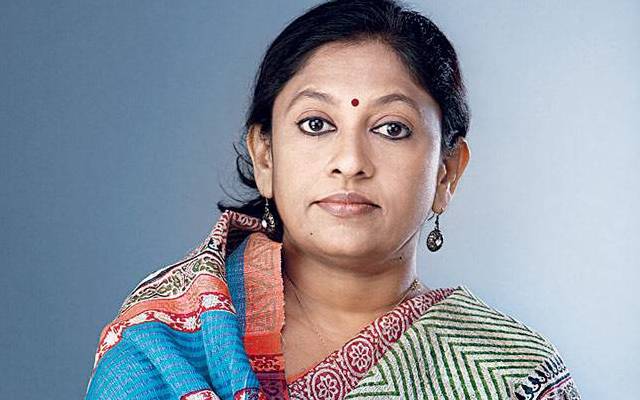