No one can deny being a Bally Sagoo fan in the 90s, not just because of his songs but also because he introduced some really handsome faces to the Punjabis all over the world.

One such good looking model was Tarun Raghavan. Not only was Tarun a 90s popular model but also a runner-up of Grasim Mr.India 1995. In 1998 Tarun featured in Bally's Aja Nachle and stole many hearts with his good lucks, chiseled body and not to forget - the dimples!

Post that, Tarun featured in Sonu Nigam's popular number 'Deewana Tera' that released in 1999. That was followed by TV soap 'Hubahu in 2002, that did not work much and went off air after 30 episodes.

Tarun was recently seen at an event and he revived our memories of those days when many of us fell for his good looks. He is now leading a blissful life with his beloved Sangeeta Chopra and stays away from showbiz.

With curly grey hair and heftier frame, with those dimples intact, check out how your favourite model looks like now. 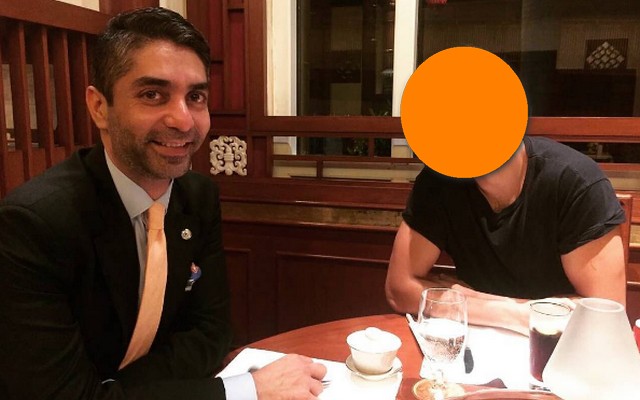 a pair of shorts save me from unwanted limelight s...