After playing a Bal Thackeray doppelganger in Ram Gopal Varmas "Sarkar" series, it is time for the indefatigable Amitabh Bachchan to play yet another real-life character in "Sairat" director Nagaraj Manjules new film -- his first in Hindi.

In the film which is yet to get a title Big B plays Vijay Barse who more than a decade ago, established the Nagpur based NGO Slum Soccers which helps slum kids find their bearings through the game of football.

Though he is more than happy to speak about his adulation for Bachchan, Manjule is reluctant to talk about the project he will start shooting with the megastar in October.

"Let's just say, it is based on a real-life character. But the way I've written the part and the film, it moves very far away from the original source," he said.

Manjule has been writing his new Bachchan film for a good two years.

"And before that I was researching on the subject. I don't mind spending time on my script. I spent a good 8 years on the script of Sairat. I wrote it with only Bachchan Saab in mind. I've been his fan from childhood.

"I grew up copying his clothes, speech and mannerisms from Majboor and Deewaar. I'd go to school with my shirt tied like Bachchan Saab in 'Deewaar' and get severely reprimanded by my teachers. But the punishment had no effect on me. I'd still do it," he said.

Manjule, a self-confessed Bachchan bhakt, says when he met Bachchan he was somehow able to control his adulation.

"I don't know how but I managed to remain calm, restrained and dignified. I actually wanted to jump out of my seat and dance around him. But I narrated my script in an even tone. I am happy I did that. I didn't want to come across as just a fan. Of course I am a fan for lifetime. And someday when I complete my film with him I'll tell him how much effort it took me to not gush and rave when I met him for the first time," he said.

The director wants to focus on making a good film.

He said: "I don't feel burdened by the responsibility of living up to 'Sairat'. But yes, I want the audience to say I made a good film again. I don't want people to say, "Yeh Nagaraj ne kya banaya hai?' 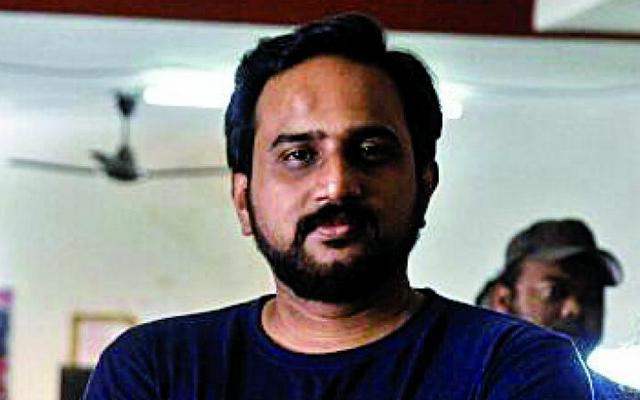