We Bet You Didn't Notice Wamiqa Gabbi In Imtiaz Ali's 'Jab We Met'!

Jab We Met is one such movie that brightens one up and has been loved by all, no matter how many times one sees it. This Kareena Kapoor and Shahid Kapoor starrer released in 2007 and touched more than a million hearts with the Punjabism it carried and not to forget the cute character played by Kareena in it.

But not many know that this movie even had our very own Punjabi babe Wamiqa Gabbi in it.

We did see a lot of Punjab based actors in the movie, thanks to it being shot here but Wamiqa played an essential role in it and looked unrecognisable because of her braces. After all, the girl was in her teens then.

She was seen as one of Aditya’s salis ( sister in laws)  in the movie. Take a look:

Could you recognize her??

Here's another shot from the movie 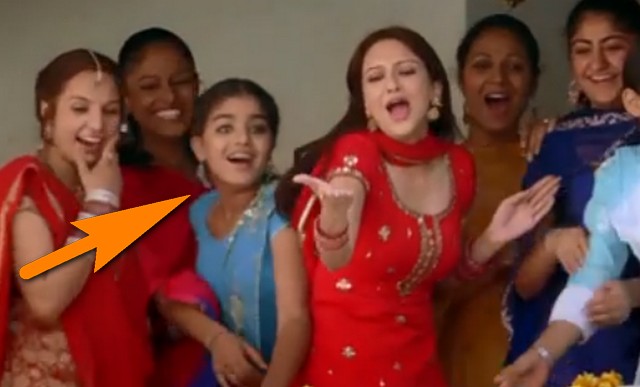