Gurdas Maan is currently shooting for a short musical film in Punjab from his album titled Punjab. The title track was a huge success worldwide and the video directed by his son Gurickk G Maan went viral ever since the day it released and trended at number one on YouTube in various countries.

This is the second time Mr. Maan will be directed by his son. We are hoping the father-son duo will create the magic yet again. But what we are really excited to see is what Gurickk is going to do with his father this time round. If reports are to be believed, we may see a different side of Gurdas Maan something never seen before. This is all we know at the moment, as the entire Gurdas Maan camp, (his son Gurickk G Maan, Music Director Jatinder Shah, and Saga Music- the music label where the song will be released), is very tight lipped about this entire project. But what we do know from Gurdas Maan's social media is that this is slated to release on the 7th of August and is a project that is extremely close to his heart.

Is this Gurdas Maan's new look for the untitled video being directed by his Son Gurickk G Maan, who earlier directed him in Punjab video? We, at this point don't know anything more than this. Let's hope we can gather more information as the entire Gurdas Maan camp is very tight lipped about this project. 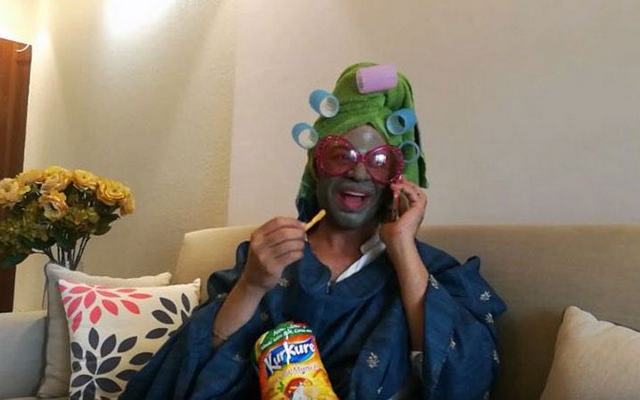