We Aren't Just Partners In Crime, But Also In Rhyme: Sachin-Jigar

Composers Sachin Sanghvi and Jigar Saraiya, who have given hit numbers like "Maana ke hum yaar nahin" and "Hoor", admit to having different opinions, but say they are partners in crime as well as in rhyme.

"We have difference in opinion, but then we realise that our bond goes beyond our profession. Our relationship is like our parents' marriage where divorce is never an option. There is no ambition in this combination. We are not just partners in crime, but also in rhyme," Sachin told IANS in an e-mail interview.

They have been working together since 2009 and have composed tracks like "Babaji ki booti" and "Paaji Tussi Such A Pussy Cat". And making music is like a shared responsibility for them so, "neither of us play a specific role", said Jigar.

"Till date, we have never had a creative difference and that itself speaks volumes of our wavelengths," he added.

"Maana ke hum yaar nahin", one of the hits of this year, was sung by actress Parineeti Chopra. Asked about the trend of actors singing as well, Sachin said: "Music is a universal concept and no one person can actually claim ownership over it. If filmstars have a passion for music and are willing to go the extra mile in honing their musical skills, it's absolutely alright."

The other trend is recreating a classic song. Are they in favour?

"We are not in favour of recreating songs as a norm. You recreate when you lack creativity. We don't believe in recreating old songs unless and until the script demands it.

"Producers do make the music composers recreate when they are unable to deliver a commercially good song which is not a question when we are scoring the music," Jigar said.

Sachin added that if they ever recreate a song, they would want it to be as good as the original.

"We will ensure we remain honest to the actual melody because every song leaves behind its own legacy," he said.

"All these films have a different approach and we will try to deliver something that stands out from each of our songs. These projects will classify us in a new segment altogether.

"Fans won't be able to tell that this is a Sachin-Jigar sound. That is the level of experimentation we are undertaking this year," said Sachin.

So many Bollywood projects, what about getting recognition in the industry?

"People fail to understand that even if a film doesn't do well at the box office, it is the music that keeps the film relatable. Music on the whole requires a separate treatment in the media.

"Its true musicians don't lead a glamorous life like actors because we are so busy making music in the studio to give layering to the actor's character on screen," Jigar said. 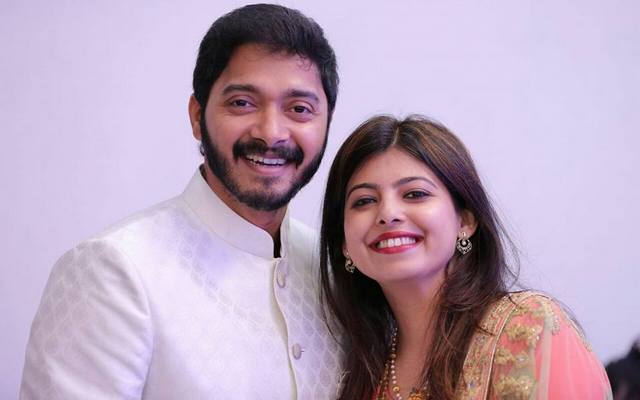