Working With Alia a Big Deal For Me: Vicky Kaushal

"Masaan" actor Vicky Kaushal says getting an opportunity to work with versatile performer Alia Bhatt in "Raazi" is a "big deal" for him.

The two actors have been cast together for Meghna Gulzar's directorial, backed by Junglee Pictures and Dharma Productions.

Vicky told IANS: "Getting a chance to work with Alia Bhatt, inarguably one the finest actresses in our industry at the moment, is a big deal for me. I am really very excited to be a part of the film.

"The kind of work she has done... She has worked wonderfully in her movies and brings something new with each film. She sets a new benchmark with her releases. I am sure I'll learn a lot from her and working with her will be fun."

Since producer Karan Johar, director Meghna Gulzar and actress Alia Bhatt, all three hail from different genres of films, when Vicky was asked how it will be working with this team, he said: "I consider myself very fortunate to work with such talented people -- all masters in their profession. I am sure I am going to learn a lot."

"I am excited and happy, but above all that I am getting a chance to collaborate with such names, is such a deal for me."

"Raazi" is based on Harinder Sikka's novel "Calling Sehmat". The espionage thriller revolves around a Kashmiri girl, played by Alia, married to an army officer across the border, Vicky Kaushal.

Talking about the movie and the script, Vicky didn't divulge details, but said: "It is a good script and an incredible story." 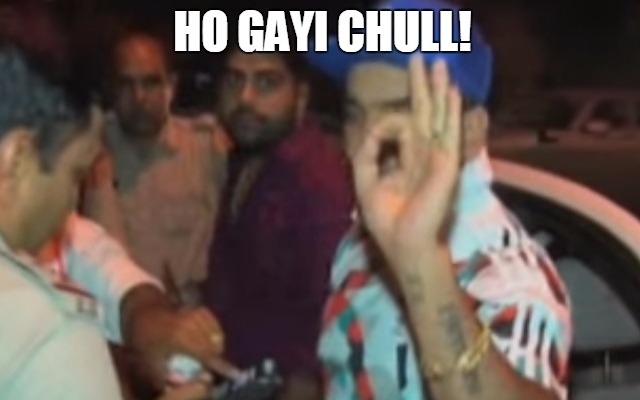