(These Punjabi Artists Were Invited By Queen Elizabeth II To Buckingham Palace!)

Noor Jahan (Allah Wasai) was born in the family of musicians on 21 September 1926, in Kasur, Punjab, British India. She started singing at a very young age and in the early 30s went to Calcutta with her family for a musical tour. Soon the film production companies and musical events started knowing them as a popular title - Punjab Mail!

Noor Jahan was not even ten when Seth Karnani told KD Mehra that his dream project (a Punjabi film) won't happen without this young girl, so to an extent a nine year old can be credited for the beginning of Punjabi cinema.

Noor Jahan's elder sisters played main roles in Sheela/Pind Di Kudi, but baby Noor Jahan was the one who caught maximum attention. Her presence became a mandate in the films and she got more credits than anyone else in the films she featured in. She went on do to few more Punjabi films like Heer Syal, Sassi Punnu, Gul e Bakawali , and more as child artist, and soon appeared in Hindi films as well.

Yamla Jatt and Chaudhry, with Pran were her brief attempts as a mainstreeam face and a supporting heroine in Punjabi films, though she was only a teenager. Noor recorded songs for Punjabi films but wanted to make it big in Hindi films. She gave hits like Khandaan, Jugnu and Anmol Ghadi, after which she was considered a star!

Noor Jahan continued singing but left acting on the request of her second husband Durrani. She contributed a lot to Pakistan's Punjabi Cinema, but her brief contribution in Indian Punjabi Cinema cannot be ignored.

(Noor Jahan's second husband who requested her to leave acting)[/caption]

While everyone is aware of her early contribution to Indian Punjabi Cinema let's not fail to praise this artists for her indirect contribution to the 90s Punjabi films as well. A lot of our Punjabi film producers, directors and musicians shamelessly copied her Pakistani films and even got her songs resung by Sarbjeet Kaur. Many a times Noor Jahan's original songs were picked up and inserted into Punjabi films without even a credit to the original artist for her rendition.

The very popular first and most probably last child artist of Indian Punjabi Cinema passed away in the year 2000, leaving behind a treasure of many beautiful songs. 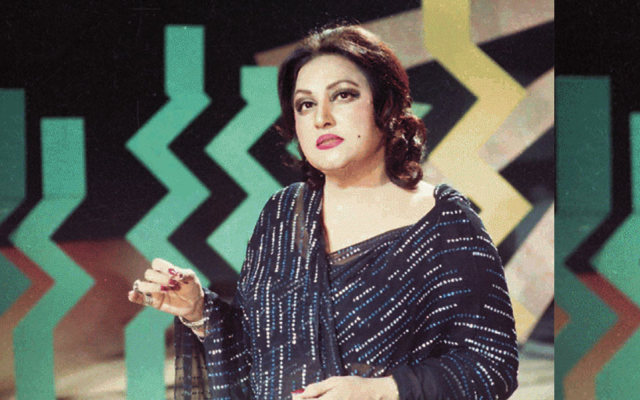