Conversation With A Ghostwriter - On Condition Of Anonymity

I was staring at the hundreds of people walking up and down the platforms as metro trains whizzed past the busy Rajiv Chowk station in the Capital when the humble voice of a middle-aged man brought my anticipation to an end.

"Am I the ghostwriter you are waiting for?" he asked.

It was as dramatic as it could get and my subject proposed that we have our conversation after boarding a train towards Noida.

Working on a feature on ghostwriting in the Indian publishing business, I had been chasing him for about two weeks. He had finally consented to share his experience of ghostwriting on -- what else? -- the condition of anonymity.

And yet, it seemed weird to have this conversation in a moving train instead of the CCD as agreed earlier. During peak hour, when one struggles to even put two legs together, it seemed a mammoth task to have a serious discussion.

"I am nowhere in the picture. That is the very first principle of ghostwriting," the somewhere in his forties man said as we squeezed through people to reach the far end of the compartment.

"The editors give you commands like the gangsters provide directions to contract killers. I have to follow them and be happy with the money that I receive," he added.

I was startled by his analogy. He seemed to be on a mission to frighten me with references of contract killers and gangsters.

But it is not all that bad, is it? Ghostwriting must have a lot of advantages too, I suggested after sharing snippets of my conversations on ghostwriting with editors of several leading publishing houses.

"Oh! It is not bad at all. It is wonderful actually. I have been doing this for about a decade now and I have no regrets. Once you are able to build a body of work for yourself, get yourself noticed by the publishers and have a rapport with the editors, the projects keep coming and you make quite a lot of money," explained the man, who claimed to have ghostwritten six books so far.

And then there is always the big project that any ghostwriter is looking for. For him, it was a memoir of "a filthy rich businessman".

"It happened in 2013 when I literally begged an editor for this project. It worked out and I completed the book within eight months. He (the businessman) hardly had anything to share but we succeeded in building a narrative around his life. I earned more from the book than the total money recovered from its sales," he proudly claimed.

Some may find this trend of publishing works by ghostwriters which neither sell nor merit a full-length book absurdly funny, but there are compelling reasons for India's booming publishing industry to support this phenomenon. 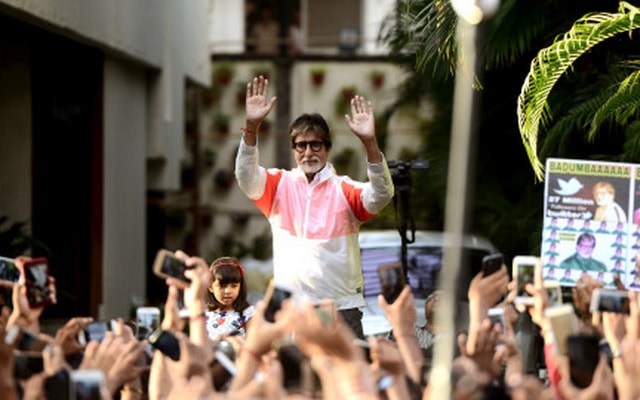