Let's Take A Look Back At Honey Singh's Top Controversies!

Yo Yo Honey Singh who is fondly known as 'The King of Rap' was away for sometime but with his song 'Makhna' he made his comeback and that too with a huge bang. Undoubtedly, he was badly missed by his fans and followers. The rapper whose life has always been very controversial is grabbing a lot of headlines and eyeballs for all the wrong reasons lately once again.

Nodoubt, Honey has always been a controversial celebrity, be it his songs, lyrics, rap or even his clashes with others from the industry but one controversy that has been doing the rounds lately has left everyone shocked. Actually, his wife, Shalini Talwar had accused him of domestic violence and mentally and physically harassing her. Well, this is not the first time that Yo Yo has invited any controversy. Let's take a look back at the controversies he has been a part of! Also Read : Rapper-Singer Yo Yo Honey Singh Accused Of Domestic Violence By Wife Shalini Talwar 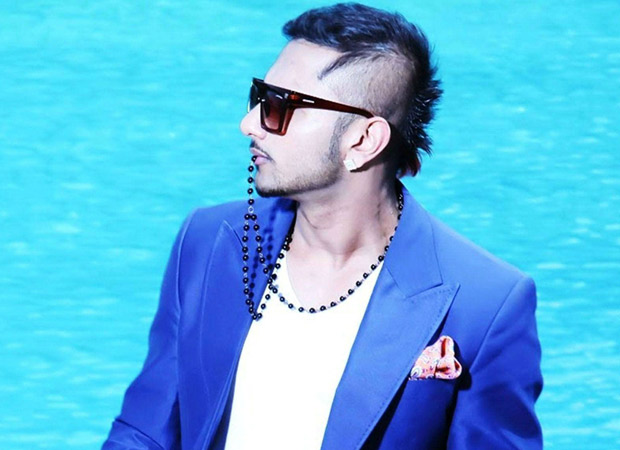 Here are the top controversies you need to know which involved the 'Desi Kalakaar', Yo Yo Honey Singh:

The Ugly Spat With Shahrukh Khan! 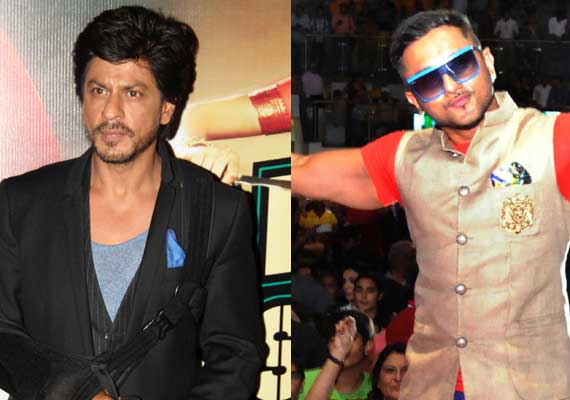 There was a time when no Bollywood movie breathed without a Honey Singh song. Things became bigger when his song Lungi Dance went viral. SRK was impressed and Honey was happy to work for him. Later this duo was seen in a show called RAW and ultimately rumours surfaced that Honey got slapped by King Khan. Suddenly Honey disappeared and till date there has been no clarification about that rumour. Honey's close friend Alfaaz denied any such incident but gal eh hundi aa ke kuch ta hoya tahi gal bni..right? 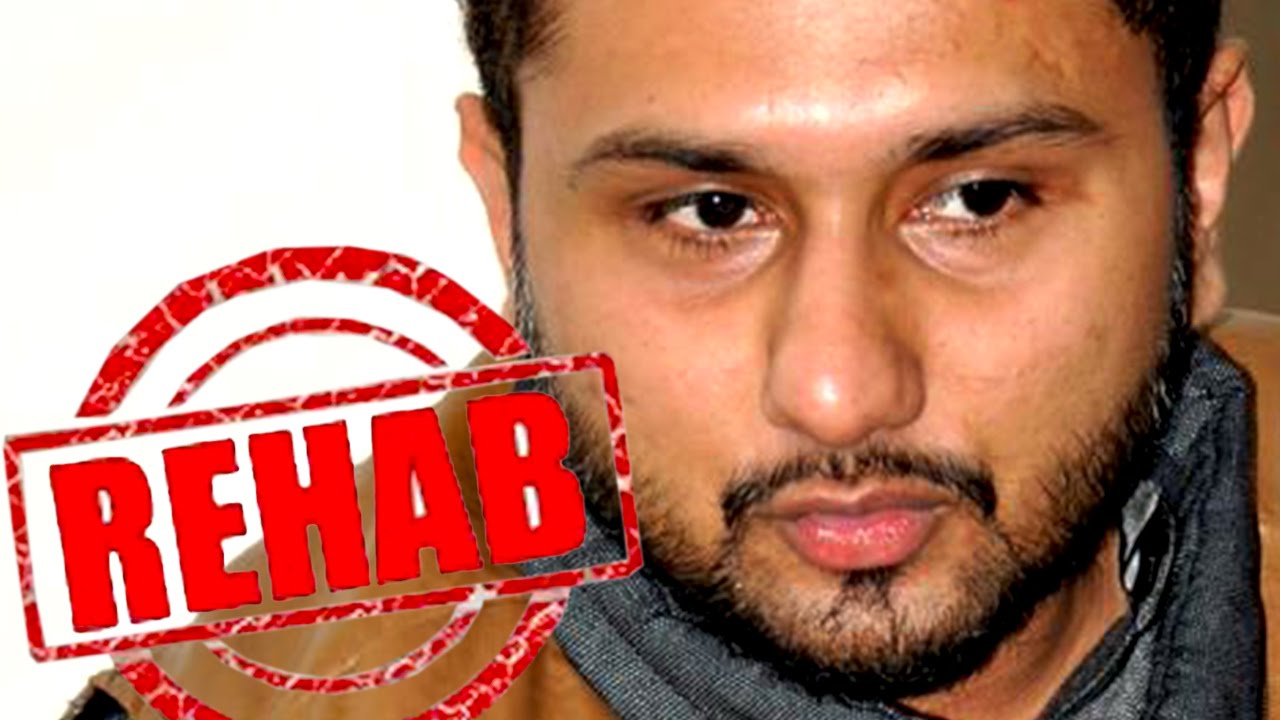 Since Honey was missing for a long time, rumours about him checking into rehab for alleged drug abuse started floating in the media. However, the whole episode became huge when renowned singer of Pollywood Jasbir Jassi gave a statement that shook the nation. "I met Honey at Rehabilitation centre in Chandigarh!" Many said that this was a publicity stunt by Jassi Jasbir but many others confirmed that Honey was actually in a rehabilitation centre. Jassi was asked questions later about his statement but he didn’t revert to any query ever. Also Read : Blog : A Look At The Controversies Raj Kundra Has Been A Part Of!

This is one controversy everyone knows about. Not just once but time and again was Honey questioned for the usage of double meaning lyrics and sexist rap in his songs. Be it Lakk 28 or Dope Shope, the way he objectified women was opposed by many NGOs and a lot of people criticized him. But what was big was a song titled 'Choot' . Honey Singh was accused for creating such an obscene and vulgar song and that too featuring Badshah. In the year 2013 he had to face major uproar and a nationwide protest after he released his song ‘Main hoon balatkaari’. People demanded a serious action against the rapper involving him either hang him to death or to put him behind the bars. Although he denied making it and tried to prove through forensic voice analysis that it wasn’t his voice, but the fact is that no one believes him even today. The matter went to court and yet another controversy sprung!

So, once again in the year 2019, Yo Yo was criticised for the lyrics of his ‘Makhna’ from the movie Marjaavaan starring Sidharth Malhotra and Tara Sutaria. At the time, Punjab State Women Commission Chairperson Manisha Gulati had written to the Director-General of Police to register a criminal case against the singer for using lyrics like "Main hoon womanizer" and "Silicon wali ladkiyon ko main pakadta nahin". Also Read : Do You Know Raj Kundra Had Once Announced A Punjabi Film?

Honey And Badshah’s Physical Fight After He Termed Badshah A 'Nano' Car! 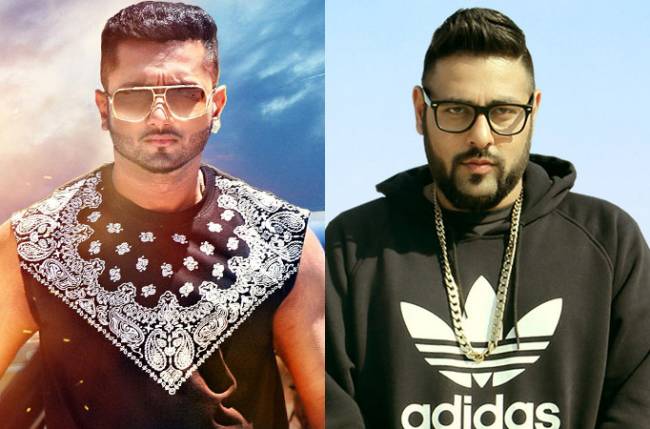 Khol Botal, Chaar Shanivaar and Get Up Jawan are the hit collaborations of Honey and Badshah. But times change and best friends turn foes. Last year, the news appeared that both these rival rappers were engaged in a verbal tiff which soon escalated into a physical brawl at a party in Delhi. And all this happened when Honey Singh compared himself to a Rolls Royce and Badshah to a Nano car. This Nano incident happened at the press conference in Mumbai during the promotion of Honey Singh's film Zorawar. Honey came on camera after months and when media asked him about Badshah replacing him, Honey shut them up by saying that there's no comparison between a Rolls Royce and a Nano car.

Yo Yo Honey Singh And Raftaar Spat! 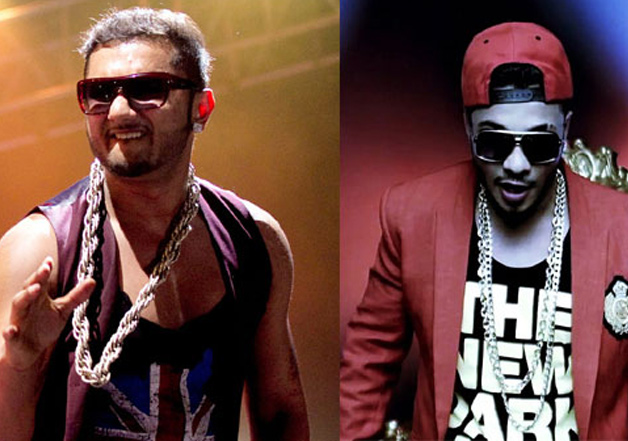 They were best friends once but are not in talking terms anymore. The duo worked together in a rap group 'Mafia Mundeer' .Things between them got ugly presumably because Honey never gave credits to Raftaar and other members of Mafia Mundeer and hogged the limelight himself. Raftaar was so disgusted at Honey that he created a track with Manj Musik named “Swag Mera Desi and gave a little note to Honey saying “Ab yeh karke dekhao”. Oops! All this was in news again. Statements flooded from each side.

If reports were to believe bollywood singer-composer Vishal Dadlani was not happy with Honey Singh coming on board with them for the superhit song Lungi Dance. Since then, the two were not on talking terms until Yo Yo made his appearance on the Indian Idol 12 stage for the promotion of his track Saiyaanji. The duo even shared a warm hug and was seen enjoying each others company. Also Read: How Do music Labels Turn Into Villains For Singers? Read What Garry Bawa Has To Say! 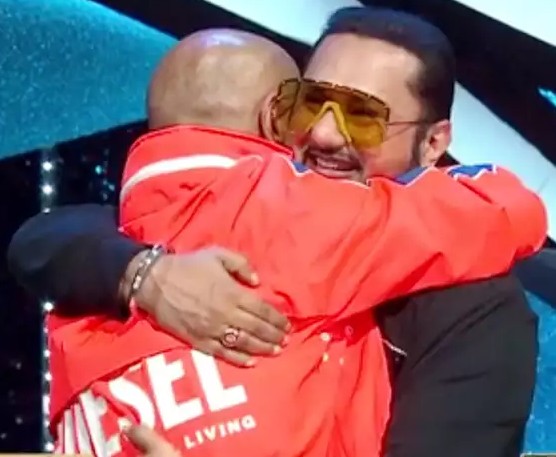